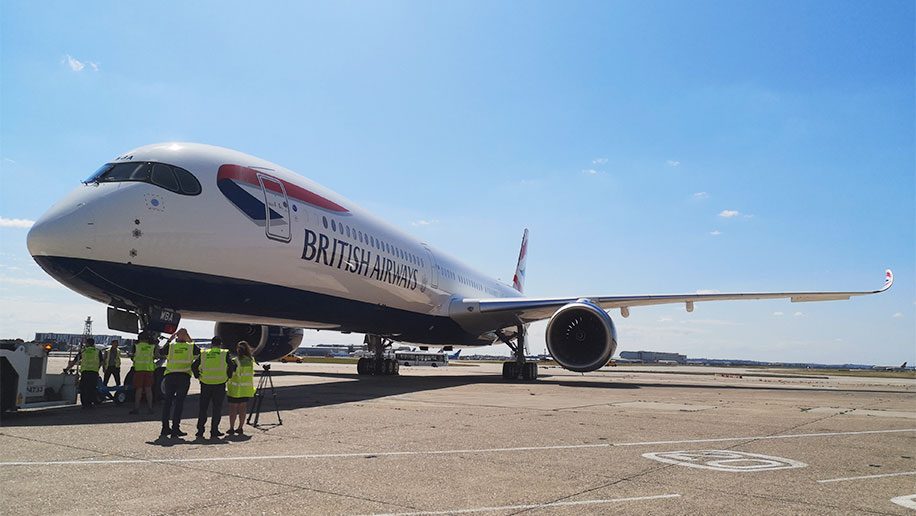 British Airways Receives Another A350-1000

On 26 March, British Airways received another Airbus order. The British airline had another brand new A350-1000 delivered from European manufacturer Airbus, the airline’s 11th of the same type.

The British flag carrier seems to be fond of the A350-1000 from Airbus, especially as their widebody fleet is made up entirely of the aircraft.

The delivery of this new aircraft, which is registered G-XWBI, means that the British carrier is now over halfway to accepting all 18 aircraft that it had originally signed for from Airbus. The first deliveries were placed approximately three years ago, and the first four A350-1000s arrived in 2019. Another four arrived in 2020. And while 2021 didn’t see the arrival of any new A350, two more were delivered in this year so far.

The 11th and latest British Airways A350 took off from Toulouse, the capital of France’s southern Occitanie region, at 15:15 local time. The aircraft saw a short flight just under an hour and a half and touched down at London Heathrow at 15:38 local time.

While British Airways arguably favours the Airbus A350 within their fleet, they have still placed orders with Boeing. However, deliveries seem to be lagging.

The British carrier only managed to receive two of the 787-10s (Dreamliners) in 2020 after ordering a total of 10. Any other 787 Dreamliners that have been produced for British Airways have been sent straight to storage. These delays may have been made worse as a result of Boeing’s production and certification issues being worked out with the FAA.

In late February, we covered the news that Emirates is prepared to cancel its Boeing 777X order because of issues surrounding deliveries.

As of now, at least five of British Airways’ ordered 787 Dreamliners have been built but have yet to be delivered. No commercial flights have been publicly scheduled and announced for the brand new A350-1000 aircraft yet either.