For many, the rollout of Covid-19 vaccines offer a glimmer of hope in what has already been a difficult start to the year, and in Berlin local authorities are turning the former Berlin Tegel airport into a vaccination centre. Closed to the public as an airport in November 2020, thousands are expected to once again come through it’s doors. 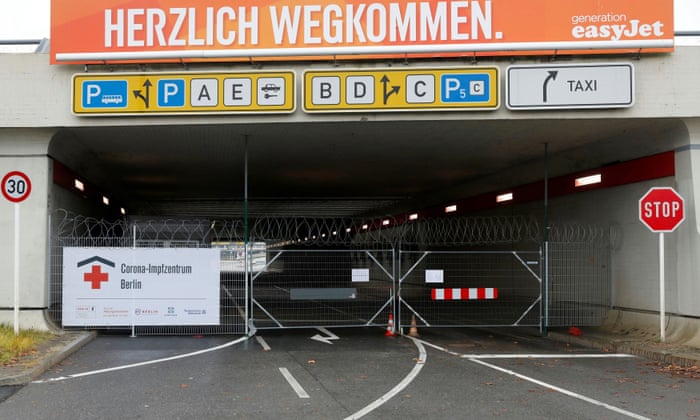 The Scheme in Full

In late-December of last year, Tegel’s Terminal C building had been refitted as a vaccination centre, with the German Government hoping to ramp up its immunisation drive in the first quarter of 2021 – laying groundwork with vaccination “hubs” all round the country. This includes the country’s most populated state North Rhine-Westphalia with 53 vaccination centres, and southern state Bavaria planning 96.

Though the German Health Minister, Jens Spahn, insists that vaccination will not be compulsory, Chancellor Angela Merkel has been clear that vaccines mark the beginning of the end of the epidemic in Germany and further afield across the world.

The country itself has seen case numbers stabilise since sporting, leisure facilities and indoor dining was closed in early November, but new infections remains high, particularly with the potential of the ‘New Strain’ which is between 56-71% more transmissible. 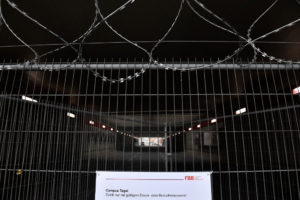 The central German Government will be responsible for the purchase and delivery of the jabs, while the regional states will provide equipment and choose the locations for the vaccination centres, with many states choosing inactive (and in some cases even active) airports as some of these ‘hubs.’

At Tegel, “we will be vaccinating 3,000 to 4,000 people a day,” Albrecht Broemme, Head of the German capital’s vaccination centres, told journalists.

Another former airport, Tempelhof—which has been variously used as a refugee centre, a velodrome and an ice rink in the past— has also been designated as a vaccination centre. With six centres spread across four hubs, it should be possible to vaccinate “20,000 people a day” in the city with a population of 3.8 million, according to Dilek Kalayci, Berlin’s Health Minister.