The European Union has begun easing travel restrictions imposed on its borders due to COVID-19.  Fourteen nations are on the list of countries whose citizens can travel to the European Union.  But American travellers are not on that list.  Travellers from Brazil, Russia and India are also excluded.  They are all omitted because they have not managed to control the coronavirus pandemic.

Exclusion of American Travellers from the European Union 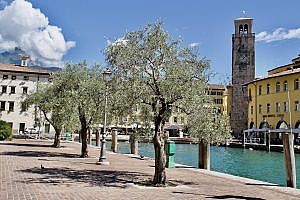 The European Union (EU) has decided that it is too great a risk to allow entry to American travellers.  It has not received assurances from the Trump administration and has no reason to believe the situation will change soon.  America was one of the last countries to be hit by the pandemic but now it is the global epicentre.  President Trump has downplayed the seriousness of the situation.  In February, he claimed that the virus was “very much under control.”  He went on to say America would “pretty soon” have just a handful of cases; and that the disease would disappear “like a miracle.”

In March the US introduced a travel ban for visitors from Ireland and all the Schengen common travel area countries – this includes twenty-two EU countries.

Today the US has 2.5 million confirmed cases of COVID-19 and over 126,000 deaths.  A recent surge in new cases has meant the reversal of plans to re-open businesses.

Travellers who have “an essential function or need” are excluded from this ban.  The exemptions include health care professionals, diplomats, seasonal agricultural workers, and “third-country nationals travelling for the purpose of study.”

Countries Whose Citizens Can Travel to the European Union 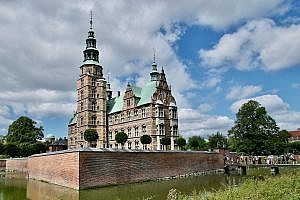 The European Union is anxious to kick-start its tourism industry as soon as possible.  From July 1st the citizens of fourteen nations can cross EU borders.  The full list is as follows: Algeria, Australia, Canada, China (subject to a pending reciprocal agreement), Georgia, Japan, Montenegro, Morocco, New Zealand, Rwanda, Serbia, South Korea, Thailand, Tunisia, Uruguay.  These are the countries that have been able to control the spread of the coronavirus.  The EU will review the list every two weeks.

Will All the Borders in Europe be Open? 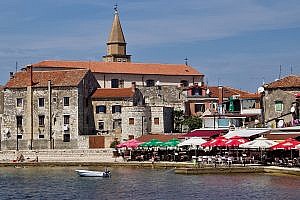 Umag on the Istrian coast of Croatia Credit: Valery Collins

European nations – EU members and non-EU members – will begin opening their borders from July 1.  Although some, like Italy and Spain, are already open to nonessential travellers.  It will be a matter for each EU member state to decide how they will implement the list.  The European Council has stated that no member state should unilaterally lift travel restrictions on a “non-listed” country.

All travellers should check the current status of their destination before beginning a journey.