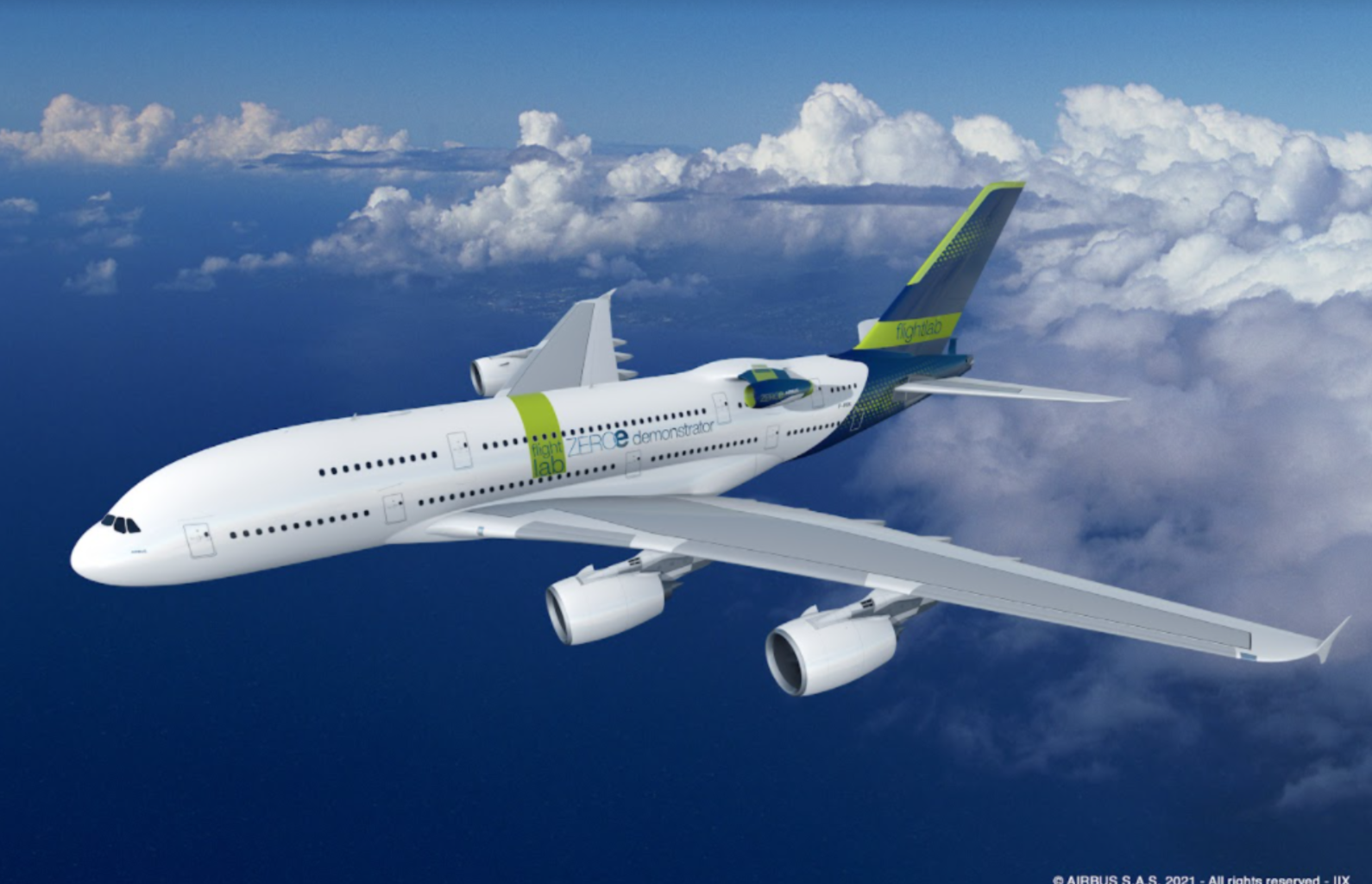 Airbus has announced it is hoping to test a hydrogen-powered jet engine by the middle of this decade. This comes in the form of a partnership agreement with CFM International, who will be collaborating with Airbus on their Hydrogen Demonstration Programme.

The aim of the programme is to test a direct combustion engine fuelled by hydrogen, which will also aid Airbus with its vision of building a zero-emission aircraft by 2035. Airbus says test flights could begin as early as 2026.

The role of CFM International as part of the agreement is to; modify the combustor, fuel system and control system of a General Electric Passport turbofan to run on hydrogen. CFM’s parent companies; General Electric Aviation and Safran Aircraft Engines, will also be involved in this programme.

Speaking about this new agreement, the president and CEO of CFM, Gaël Méheust, stated:

“Hydrogen combustion capability is one of the foundational technologies we are developing and maturing as part of the CFM RISE Program,”

“Bringing together the collective capabilities and experience of CFM, our parent companies, and Airbus, we really do have the dream team in place to successfully demonstrate a hydrogen propulsion system.”

Airbus will be; overseeing flight testing, providing an A380 for testing, defining the hydrogen propulsion system requirements and also preparing the liquid hydrogen tanks facilities in France and Germany.

“This is the most significant step undertaken at Airbus to usher in a new era of hydrogen-powered flight since the unveiling of our ZEROe concepts back in September 2020,”

“By leveraging the expertise of American and European engine manufacturers to make progress on hydrogen combustion technology, this international partnership sends a clear message that our industry is committed to making zero-emission flight a reality.”

As outlined on the General Electric Aviation website, Hydrogen is the most abundant element in the universe, and it doesn’t even produce any CO2 emissions when it burns.

“What is important is that we demonstrate we can fly with an engine that is burning just hydrogen, we have the storage capability of hydrogen in the aircraft and we have a system that is capable of distributing the hydrogen fuel into the combustor with the proper characteristics,”

Richard Aboulafia, Managing Director of aviation consultancy firm Aerodynamic Advisory, stated that one of the main challenges of using hydrogen fuel is the storage capacity required on the aircraft, along with the additional weight of the necessary equipment needed.

Airbus mentioned the reason behind choosing the A380 for the Hydrogen Demonstration Programme is due to its large size. With the A380 being the world’s largest passenger plane, it has extra room to store the required liquid hydrogen tanks and other necessary equipment onboard.

Do you think Hydrogen powered jet engines are the future of sustainable aviation? Let us know in the comments below.

Upgrading Cabins And Seats In 2022. What Are The Challenges Faced By Airlines?

Read More
Five Russian companies have been authorised to make the parts. Rosavitasiya Authorises the Manufacture of Domestic Part-Surrogates A…
Read More
Etihad Airways has officially completed the world’s most intensive sustainable flight-testing programme by running 42 environmentally-friendly flights over…