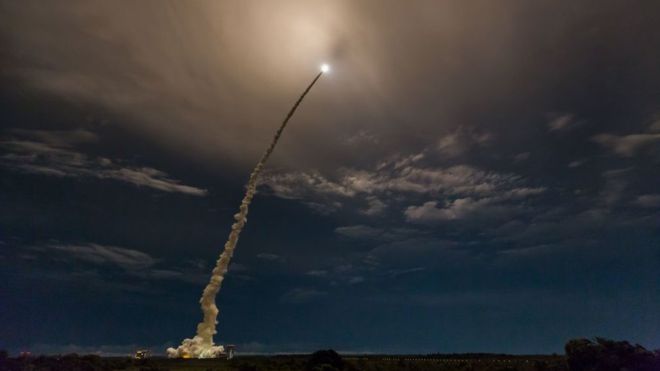 Airbus announced yesterday that it will cut more than 2 300 jobs in its Defence and Space division.

The Munich-based division manufactures fighter & transport aircraft, drones and satellites, its income amounting to 15% of the total revenues of the Airbus group.  It will cut 829 jobs in Germany, 630 in Spain, 404 in France, 357 in the United Kingdom and 142 in other countries. The division employs 34 000 staff globally with 13 000 in Germany and almost 4 000 in the UK.

The group blamed a ‘flat space market and postponed contracts on the defence side’ for the job losses.

Last week Airbus announced a net loss of €1.36 billion, mostly due to the €3.6 billion fine over a bribery scandal and in relation to the Defence and Space unit, problems with the A400M military transport aircraft. Continued difficulties with the A400M resulted in the German Airforce, the Luftwaffe, refusing delivery of two of the aircraft last year. In addition, the Defence and Space division lost a potential customer when the German government banned defence exports to Saudi Arabia after the death of the Saudi journalist Jamal Khashoggi in 2018.

While the chief of the division, Dirk Hoke said that the underlying business fundamentals were sound, the ratio of orders received to amounts billed (the ‘book-to-bill ratio’) was less than one for the last three years.

The Airbus Executive Chairman, Guillaume Faury, said that in effect the division had all its eggs in too few baskets—that there was an over-dependence on a few big ‘white elephants,’ and needed to diversify more.

Read More
Now that most of the world’s airlines are operating with a minimal schedule–if at all–is the industry at…
Read More
Tourism hubs like Bangkok, Bali, and potentially Phu Quoc Island are welcoming vaccinated travelers in less than a…
Read More
Irish low-cost carrier Ryanair has announced the launch of a new base in Latvian capital Riga. The new…