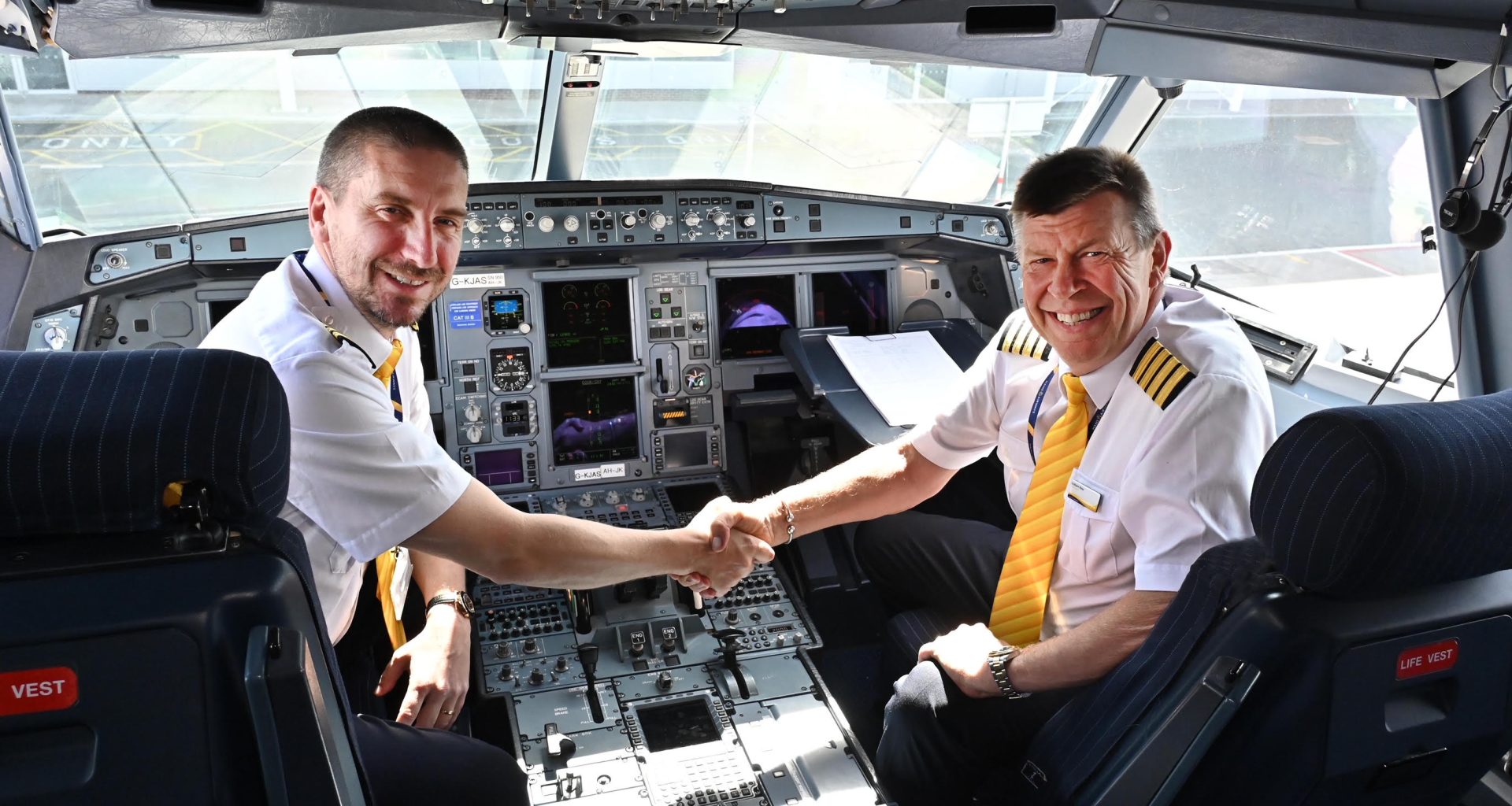 Congratulations were in order as earlier last week, a Hans Airways proving flight was successful in completion with the help of their re-registered Airbus 330-200, the G-KJAS. The flight departed from Birmingham Airport to the North Atlantic, and back.

Hands for Hans as Proving Flight is Completed

On Wednesday 31st August, Hans Airways completed a round of proving flights for the UK Civil Aviation Authority (CAA). A proving flight is a series of five flights performed by an airline in order to gain an Air Operator Certificate (AOC) which allows them to perform commercial air transport. Hans hopes to begin official flights from October, given their licencing is approved, and their first destination is set to be Amritsar, India.

The flight was performed with two sets of cabin and flight crew, with Swissport managing all the ground handling. The crew compromised of COO Captain Nathan Burkitt and Manager of Cabin Safety and Service, Neru Prabhakar, who operated the flight. 100 passengers were onboard the flight that lasted just over two hours before returning safely to Birmingham Airport.

Chief Commercial Officer Martin Dunn reflected on the company’s growth and possibilities for the future, commenting:

“This week was a very significant one in the Hans Airways’ journey… we are now really looking forward to pro-active engagement with the travel trade community.”

Just the day before this proving flight, Hans Airways completed another route, in which 56 passengers made up of crew’s friends and family joined CEO Satnam Saini in a flight that replicated what a fully-functioning service would look like for the airlines. The route made stops in Glasgow Prestwick and Doncaster, before stopping at Prestwick again and landing at Birmingham Airport.

On board the flight, Saini thanked the Hans Airways team who “contributed so much to making this day happen, a culmination of four years’ planning and shaping”. He also gave thanks to the STS Aviation Services at Birmingham Airport who they worked alongside over numerous weekends to make their first flight possible.

A Promising Future: What’s Next for Hans Airways

Following the completion of their proving flights, Hans Airways hopes to obtain a similar flight licence from India’s regulator, the Directorate General of Civil Aviation (DGCA), to be able to operate out of India. Once achieved, the airline hopes to act as a courier between the UK and the Indian diaspora in response to high demand.

In the meantime, the airline will conduct the rest of its proving flights in hopes of starting its first official flights in October and if you’re interested in joining the team, you’re in luck – Hans Airways is currently recruiting cabin members at its Birmingham base.

You can view the footage of the flight’s take-off from Wednesday below.

What are your thoughts on Hans Airways? Let us know in the comments below!

Labor Day Chaos as Hundreds of Flights Delayed or Cancelled