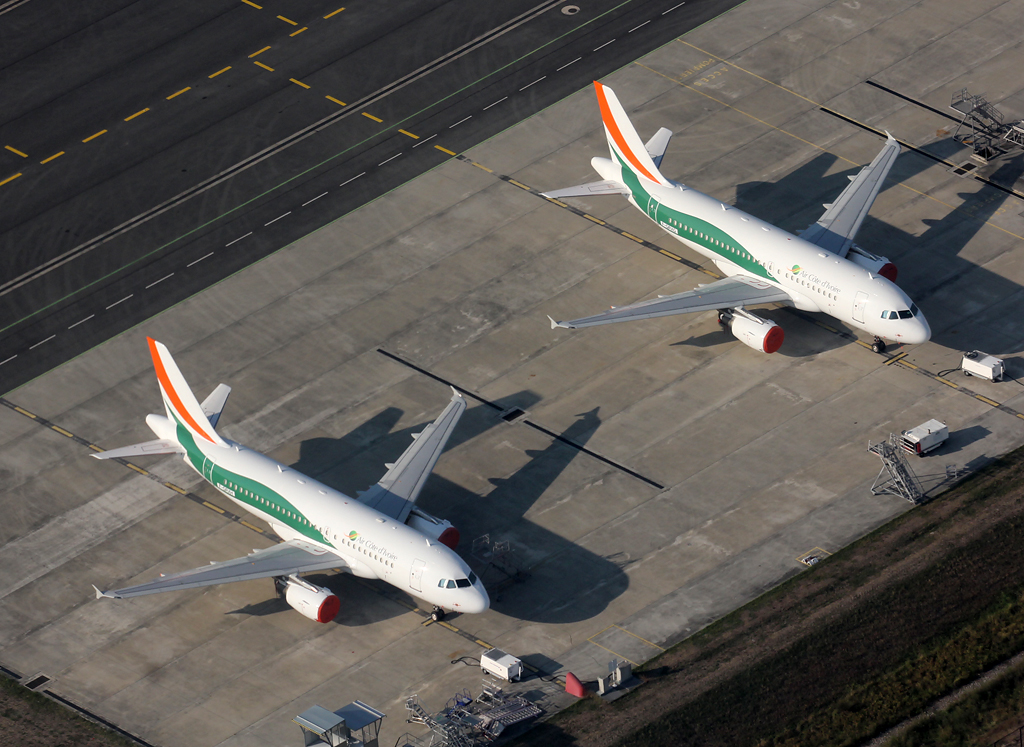 Yesterday, Air Côte d’Ivoire signed in partnership with Airbus to gain two new A330neo aircraft to expand its fleet. The agreement brings the airline closer to reducing its overall CO2 emissions during flights.

Air Côte d’Ivoire is a relatively new airline founded in 2012, but its growth has been steady. With a fleet of 10 aircraft under its belt, the airline operates as the national airline of the Republic of Côte d’Ivoire after the bankruptcy of the previous flier Air Ivoire.

The agreement between Airbus and the airline was attended by executives including Amadou Koné (the country’s Minister of Transport), Laurent Loukou (CEO of Air Côte d’Ivoire) and Phillipe Mhun (Airbus Executive Vice President of Programmes and Services). As part of the deal, the airline will introduce two new widebodies into its existing fleet to help develop its flight efficiency for long-haul routes in line with Air Côte d’Ivoire’s plans for international expansion.

Advantages of the A330neo include its reduced rate of fuel consumption and CO2 emissions: the aircraft has a 25% reduction rate in comparison to other widebodies. The A330 can fly up to 13,300km without making stops, making it the perfect aircraft for long-haul flights the airline offers such as its service to Newark, New York.

Air Côte d’Ivoire’s domestic and sub-regional network includes destinations such as Lagos, Johannesburg and Accra, with its base at Abidjan Airport. Currently, the airline only serves one long-haul flight option and that is the Abidjan-Newark route in codeshare with Ethiopian Airlines.

Formed in 2018, the Ethiopian Airlines codeshare allows passengers from West African countries to board direct flights (three per week) to New York – one of the USA’s most populous cities. Speaking on the progressive nature of this partnership, Tewolde GebreMariam (Group CEO of Ethiopian Airlines) had this to say:

“We are very happy to partner with Air Côte d’Ivoire with a view to connect passengers from West Africa to our new flights to Newark via Abidjan. I wish to thank the Côte d’Ivoire Government and the Minister of Transport in particular as well as Air Côte d’Ivoire for making this partnership possible. Ethiopian new Abidjan flights to Newark will be operated in complementarity to our existing Newark service via Lomé, which is being availed together with our strategic partner, ASKY Airlines. Such partnerships among sisterly African airlines are crucial for African countries to fill the connectivity vacuum in the continent and for African carriers to regain their market share in their home market.”

As the airline gains two airbuses, the future of international travel is one of optimism and, hopefully, more efficient flying.

What are your thoughts on Air Côte d’Ivoire’s latest agreement? Let us know in the comments below!

Read Article
Earlier this week, Emirates announced the beginnings of their newest investment for customer experience – a multi-billion dollar…
Air India may find itself nearing privatisation status with Tata Sons (with the Indian government targeting a deadline…