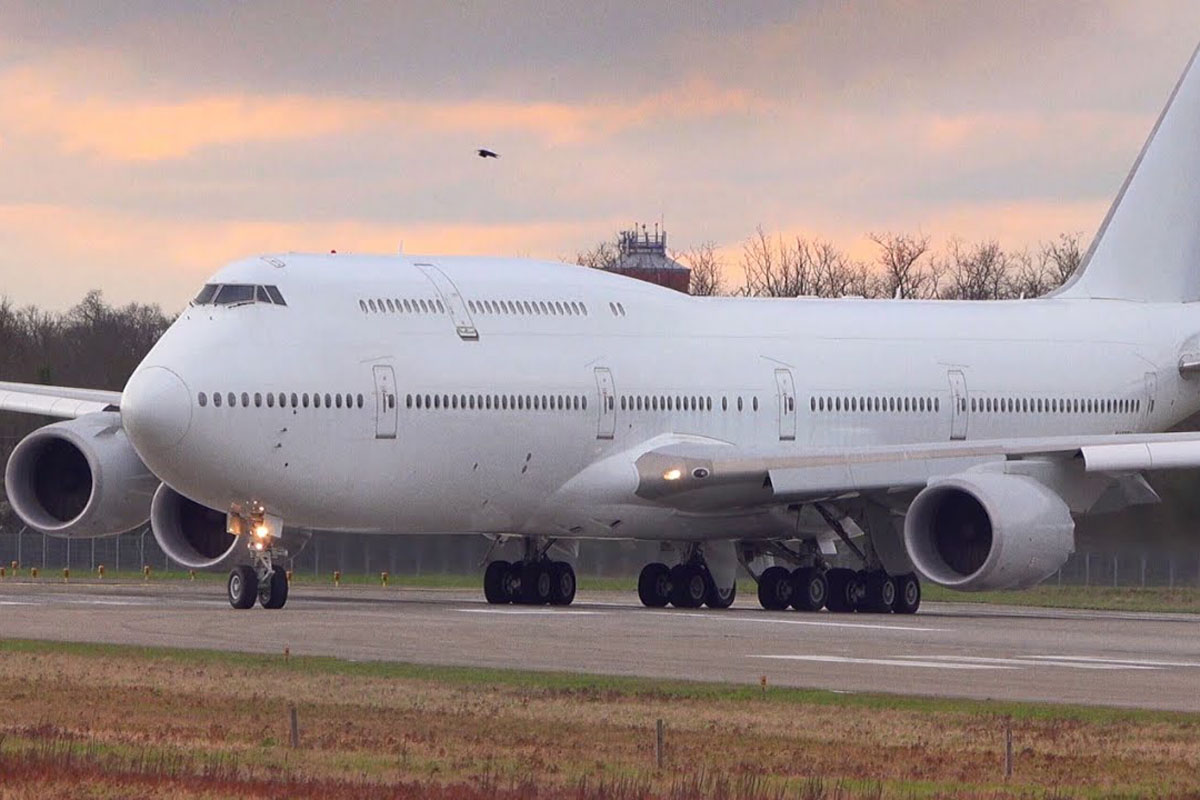 A Boeing 747-8, almost never used, has been flown to an aircraft boneyard in Marana, Arizona. Likely to be scrapped

The world’s least-flown 747 has been transported to the Marana desert in Arizona, likely to be scrapped. Flight tracking data shows the aircraft departing from Basel, Switzerland, on Friday, 15 April, and touching down in Arizona 11 hours later. Marana is home to Pinal County Airpark, an aircraft “boneyard” where planes are taken to be scrapped and harvested for parts.

The aircraft, registration N458BJ, is one of the few privately-owned 747s ever made. It was originally constructed for the Saudi Royals in 2012 to serve as a transport for state visits. However, the plane has spent the last ten years sitting in storage at Basel Airport instead.

Why was the plane never flown?

Over the course of its lifetime, N458BJ has seen only 42 hours in the air. A tiny amount, considering a regular 747, might log over 100,000 flight hours before it is scrapped. So how come it was never used? The jet was first commissioned by the Saudi Arabian Royal Flight group in June 2012 and was to be registered HM-HMS1. However, the crown prince it was bought for died whilst the aircraft’s interior was still being prepared. And so the plane has sat unused for ten years.

Three days before it was flown out, the plane was purchased back by Boeing, leading some to speculate that it may get a second life. It seems unlikely given the jet’s destination, but given the plane is almost pristine, it is ripe for conversion.

What are your thoughts on the 747 being scrapped? Let us know in the comments below!

Dublin Airport received 12,272 noise complaints from one person in 2021

Read More
Boeing is expected to temporarily cease production of the troubled 737-MAX sometime this week, perhaps as soon as…
Read More
Isn’t it frustrating to switch off your phone and not stay connected with your friends through social media…