József Váradi, CEO of Wizz Air speaking at this week’s CAPA Live virtual conference, predicted there would be airline failures once air markets start to reopen. ‘The entire industry, apart from a few airlines, is in trouble,’ said Váradi. ‘Those (airlines) that have had state funding will feel the pressure of repaying back loans and having to answer to taxpayers to pay back those loans.’ Váradi believes that there will be airline over capacity in the recovery phase which will put more pressure on prices and this will have an impact on airline revenues.

Váradi has concerns over state protection of mostly legacy carriers. ‘The airline industry is becoming a new political toy for governments. We will see what this means for the future.’ Váradi believes having governments as shareholders will bring more burden to these airlines, especially as government financing has not come with any large-scale restructuring. ‘There is no worse owner than the state. There has been over $100bn that has been put in by the state, this money will be wasted.’

With Wizz Air competing with both legacy carriers and other low-cost carriers (LCCs), Váradi is clear that success is driven by costs and says that ‘short-haul travel is a commodity, so lowest costs win. Wizz Air has the lowest costs.’ Váradi went on to say that ‘We are not in the market share game but the market stimulation game.’ So, the message is clear: Wizz Air will compete on costs and ticket prices.

To keep reducing costs, Wizz Air has been investing in new aircraft and Váradi was keen to point out that the airline has grown its fleet during the pandemic from 121 aircraft to 140. In addition, it has been up-gauging aircraft from A320s to A321s. The impact of both of these measures is to drive down unit costs with the extra capacity of the A321s plus the 15%-20% less fuel burn from the newer aircraft. Váradi noted that ‘this will give us a significant cost advantage when we come out of the pandemic.’ Other airlines, be warned. 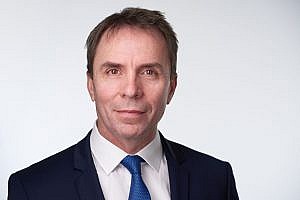 As an LCC with a wide European network, Váradi was asked whether Wizz Air was in a good position to benefit from the expected future uptick in business travel demand. Váradi was adamant that Wizz Air needs to stick to what they are best at: ‘We are good at entering new markets, new countries and new regions, not new market segments such as business travel.’ Váradi added that Wizz Air was in demand: ‘we have dozens of airports coming to us begging for capacity.’

Wizz Air feels it is in a strong position as it has weathered the pandemic so far and sought to lower costs to allow it to enter the recovery phase in a healthy state. The carrier will continue its strategy of finding new countries and opening new bases but it is unlikely that Wizz Air will be entering the business travel market soon. Perhaps if we look back in 12 months’ time, we will see the benefits of Wizz Air’s pandemic strategy.

Bernard Lavelle runs his own independent aviation advisory and consultancy service BL Aviation Consulting, focusing primarily on regional aviation in the UK, Europe and North America where Bernard is increasingly active, working with both airline and airport clients in this region. You can follow Bernard on Twitter @bernardlavelle