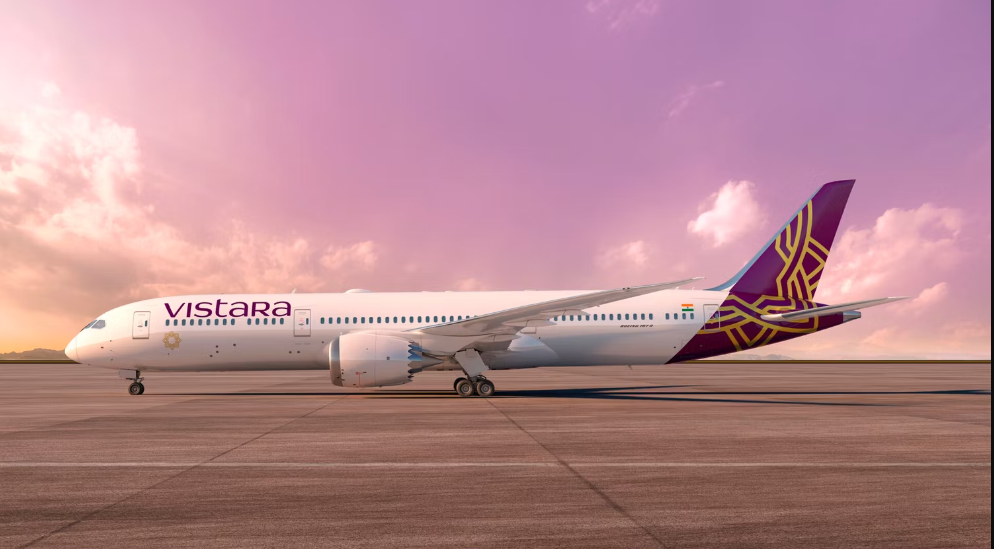 India carrier Vistara introduces Live TV on selected flights. The big announcement came ahead of the ICC T20 World Cup (International Cricket Council) that kicks off in Australia on October 16.

For a nation passionate about the game of cricket, and a super Sunday India-Pakistan match on Chhoti Diwali, scheduled for October 23, Live TV comes in at the right time.

Introducing yet another exclusive feature - LIVE TV, on Vistara World. Stream your favourite news & sports events and get real-time updates at 35,000 feet above in the sky! Available on select international routes. Book your tickets now to #ExperienceLIVE: https://t.co/Y8MNxD16Vl pic.twitter.com/I8HNh3bAiU

The new feature is available only to passengers onboard its Boeing 787 Dreamliners on select international routes (the UK and Europe).

The airline, however, says they are looking at expanding Live TV services to more aircraft in its fleet in the coming months.

The Live TV is powered by Panasonic and is the first of its kind for Indian airlines and will offer these sports and news channels to start:

“This complimentary service can be enjoyed on seat back monitors, on select international routes, thereby creating an exciting inflight entertainment experience. So, tune in, sit back, relax and #ExperienceLive, even while cruising 35,000 ft in the air.” – Vistara

Reviews Are Already Pouring In

A passenger, AJ (@OntheRoadAJ) was trying Vistara’s long haul for the first time and the new Live TV feature in a series of tweets reviewing his experience flying. He wrote in admiration of the introduction of Live TV, stating the move as ‘very cool’.

Yesterday was the first day of #liveTV onboard @airvistara! Very cool & I think it’s a first-time ever for any Indian carrier!

Four channels available. I did watch some @BBCWorld onboard & also pretended to watch some football 😜 @JAMESMARTlN @Vinamralongani pic.twitter.com/CEjv8eJkvn

The airline responded to the tweet with – Get ready to #ExperienceLIVE at 35,000ft!

Vistara already offers onboard WiFi on their A321neos and 787-9s on international routes. The airline is set to purchase four more 787-9s. Vistara currently has 55 aeroplanes; with the new addition, this will be the only widebody in its fleet.

What do you think of this new feature? Let us know in the comment below!

The Culture and Arts Hub at Istanbul Airport

Read Article
In the not so distant past, Pakistan International Airlines (PIA) was banned from operating to EU airports. The…
Read Article
The global aviation industry suffering its worst downfall in history will lose more than $84 billion in 2020…