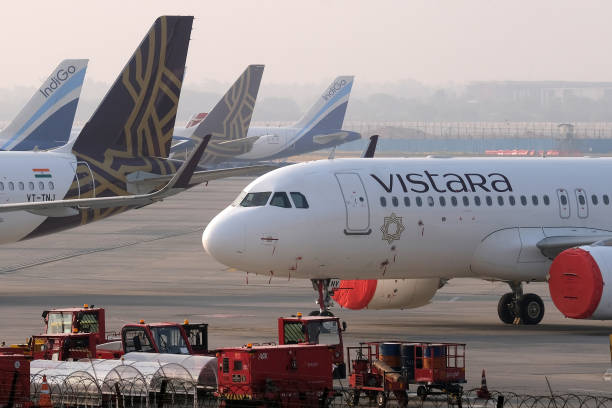 Vistara Airlines has been rewarded the title of ‘India’s and Southern Asia’s Best Airline’ for the 2nd time running, alongside also receiving multiple other titles including the award for ‘Best Airline Staff and Best Cabin Crew’ at the Skytrax World Airline Awards 2022.

What are the Skytrax World Airline Awards?

The long-awaited Skytrax World Airline Awards, which has been running since 1999, took place this September much to the excitement of multiple airlines who awaited their fate. This year, the prestigious award ceremony took place on Friday the 23rd of September at the Langham Hotel, London. For airline companies worldwide, this award ceremony is highly anticipated and often referred to as “the Oscars of the aviation industry.” This ceremony is considered the chance for airlines to be celebrated for their aviation excellence.

For Vistara Airlines, winning an award at the Skytrax World ceremony is not a new achievement. However, this year Vistara airline’s success reached a new level of heights as the Indian airline reached 20th place on the ‘World Top 20 airlines’ list. This is the first time that they have reached the top 20 list, marking a world-breaking and momentous occasion for the company. Besides this incredible achievement, Vistara was also awarded 20th place in the listing of the World’s Best Economy Class Airlines and has become the 9th Best Airline in Asia. The Indian airline is highly appreciated, particularly by travellers worldwide. According to the Times of India, the Skytrax World Airline awards voting system this year was open to up to 14 million travellers who provide their opinions on their passenger experience between September 2021 to August 2022.

Vistara’s chief executive Vinod Kannan has shared his appreciation to all of those who had voted for their winnings, particularly winning the ‘India’s Best Airline’ title.

It is incredibly heartening for all of us at Vistara to win the ‘Best Airline in India and Southern Asia title’ for the second consecutive year. This award reaffirms the steadfast trust our customers have in us and is a true testament to Vistara setting global benchmarks for excellence in operations and special delivery.”

What do you think about this story? Share your thoughts below.

Read Article
A Delta Air Lines flight from Salt Lake City to Washington, D.C. was forced to make an emergency…
Read Article
Most fliers have, at some point, experienced an inconsiderate or difficult passenger that has made flying a little…