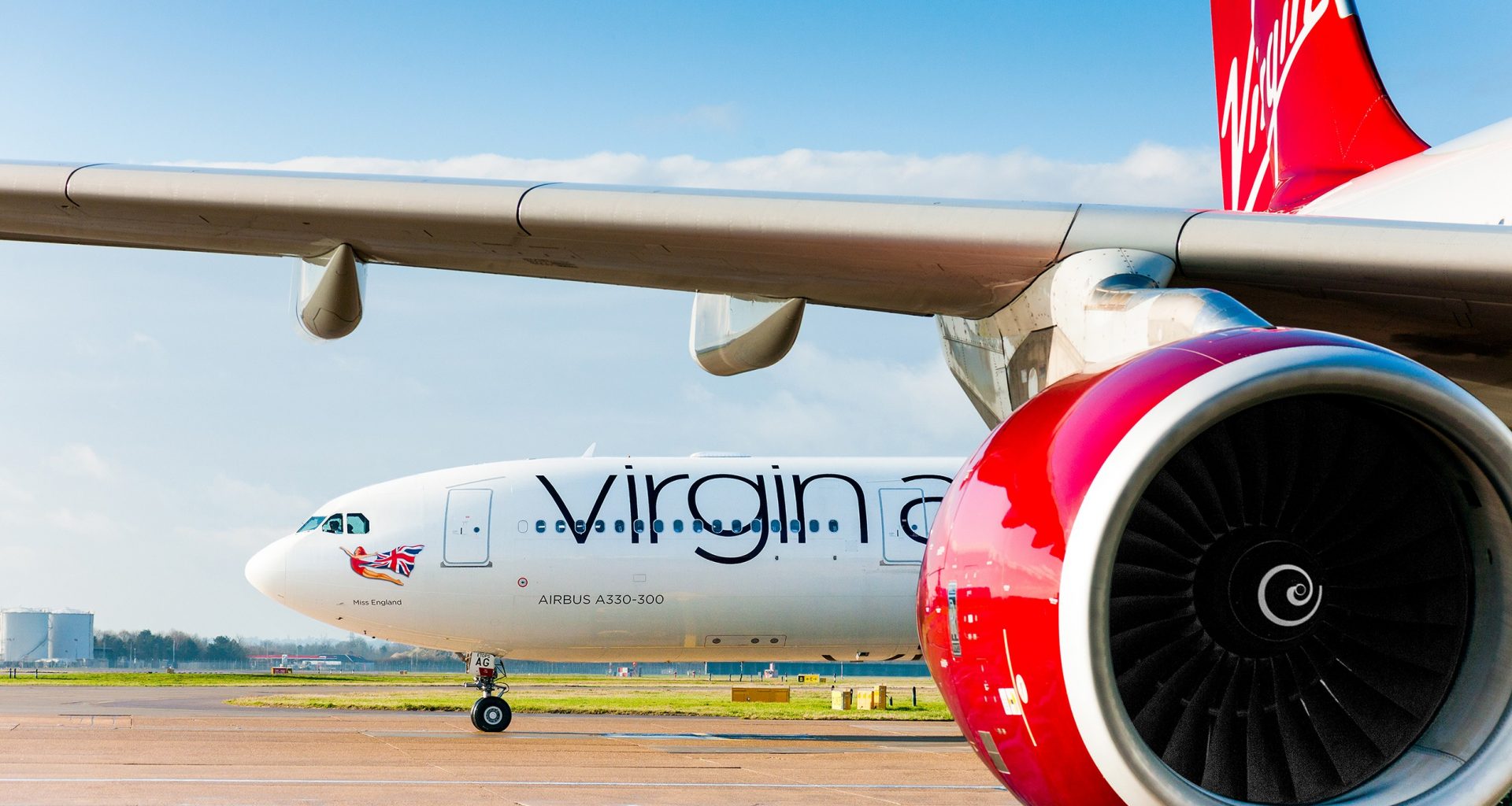 This particular aircraft is unique because of its name, Lady Emmeline, used by Virgin Atlantic to celebrate International Women’s Day back in March and as a “homage to the founder of the Suffragette movement and women’s rights activist, Emmeline Pankhurst.”

The delivery took place on Wednesday. The aircraft departed Toulouse at around lunchtime and landed in London Heathrow at 13:05 local time.

Virgin Atlantic is no stranger to naming its aircraft with fun and well-known names such as “Cosmic Girl” and “Tinker Belle” so felt no qualms in continuing the tradition. The focus was more serious and meaningful this time around by shining a light on the pioneering and pivotal Women’s rights activist.

The airline added that as a UK-based carrier, the name means even more to them. Pankhurst was the leader of the Women’s Social and Political Union and was very instrumental in securing the right to vote for women in the UK at the turn of the last century.

Registered G-VLIB, our newest A350 pays homage to the founder of the Suffragette movement and women’s rights activist, Emmeline Pankhurst. pic.twitter.com/Gdc0jz3s2p

Virgin Atlantic made a thoughtful decision for those who fly onboard Lady Emmeline:

“In tribute to its feminist namesake, all charitable donations received onboard Lady Emmeline will be distributed to a selection of women’s charities when the plane starts flights next year.”

The airline wishes to celebrate women in aviation. Estelle Hollingsworth, the Chief People Officer at Virgin Atlantic explained that Atlantic is focused on “being a fair, diverse, and inclusive employer that attracts the best talent, regardless of gender.”

Virgin Atlantic placed its initial order for 12 Airbus A350-1000s in 2016. The airline received its first aircraft in August 2019 and received three during the remaining months of 2019. Throughout 2020, Virgin received three more of the Airbus wide-body. In 2021, the pandemic assumedly slowed proceedings, causing the carrier to receive only one aircraft. By the end of 2021, the carrier had received 8 out of the 12 Airbus A350s they’d ordered.

Do you approve of the name Virgin Atlantic chose for its latest Airbus A350 aircraft? Let us know in the comments!

Why Is The Sky Filled With Empty Passenger Planes?

Read More
IndiGo, Air-India, SpiceJet, Vistara, GoAir –  you name any domestic airline in India they are all cheering about…
Read More
Almost 15,000 “ghost flights”, aircraft with either no or less than 10% passenger capacity, are found to have…