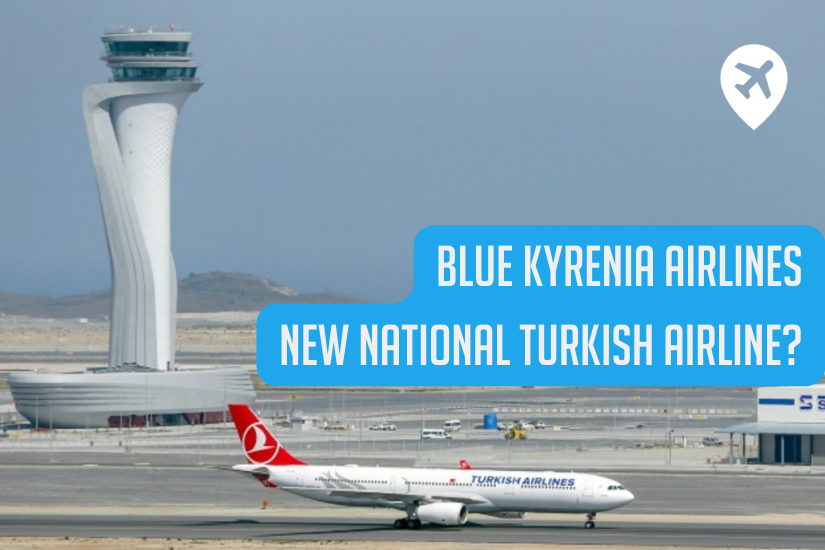 Turkish news and Cypriot media outlets have report that Turkey’s travel minister proposes a new possible national airline. The ‘cabinet’ on the north side of Turkey is keen to authorise that this action goes ahead smoothly.

The new national airline will most likely be named ‘Mavi Girne Havayolları’, which translates to Blue Kyrenia Airlines in the English language. It will be introduced and built on the north side of the country, with the hope that it will “contribute greatly to the economy in the north, particularly in tourism and education.”

According to travel minister Erhan Arkil, growing plans are being made to ensure that Blue Kyrenia Airlines will start running properly by November. Before this, test flights are being planned to begin on October 29th at a new airport, which is currently viewed as illegal, located in a Turkish village named Tymbou. This will be before the launch of ‘three important flights’ that are deemed to take place on November 15th. Cyprus Mail has claimed that the flights will hopefully travel from Turkey to Russia, building a root between the two countries and vastly improving tourism. Despite this, Russia has so far denied that there will be access to direct flights from Moscow to the north of Turkey.

Erhan Arkil has stated that,

“We have reached the final preparations to establish our own national airline and are waiting for our company’s aircraft to land on the runway. I hope all three will happen.”

In terms of the status of the airport located in Tymbou, Turkey, travel minister Erhan Arkil has made it clear that with political will, it can ‘be included in the status of Turkey’s domestic airlines.’ It will be interesting to see what will happen and whether Blue Kyrenia Airlines will be established.

What do you think about the new Turkish airline plans? Share your thoughts below.