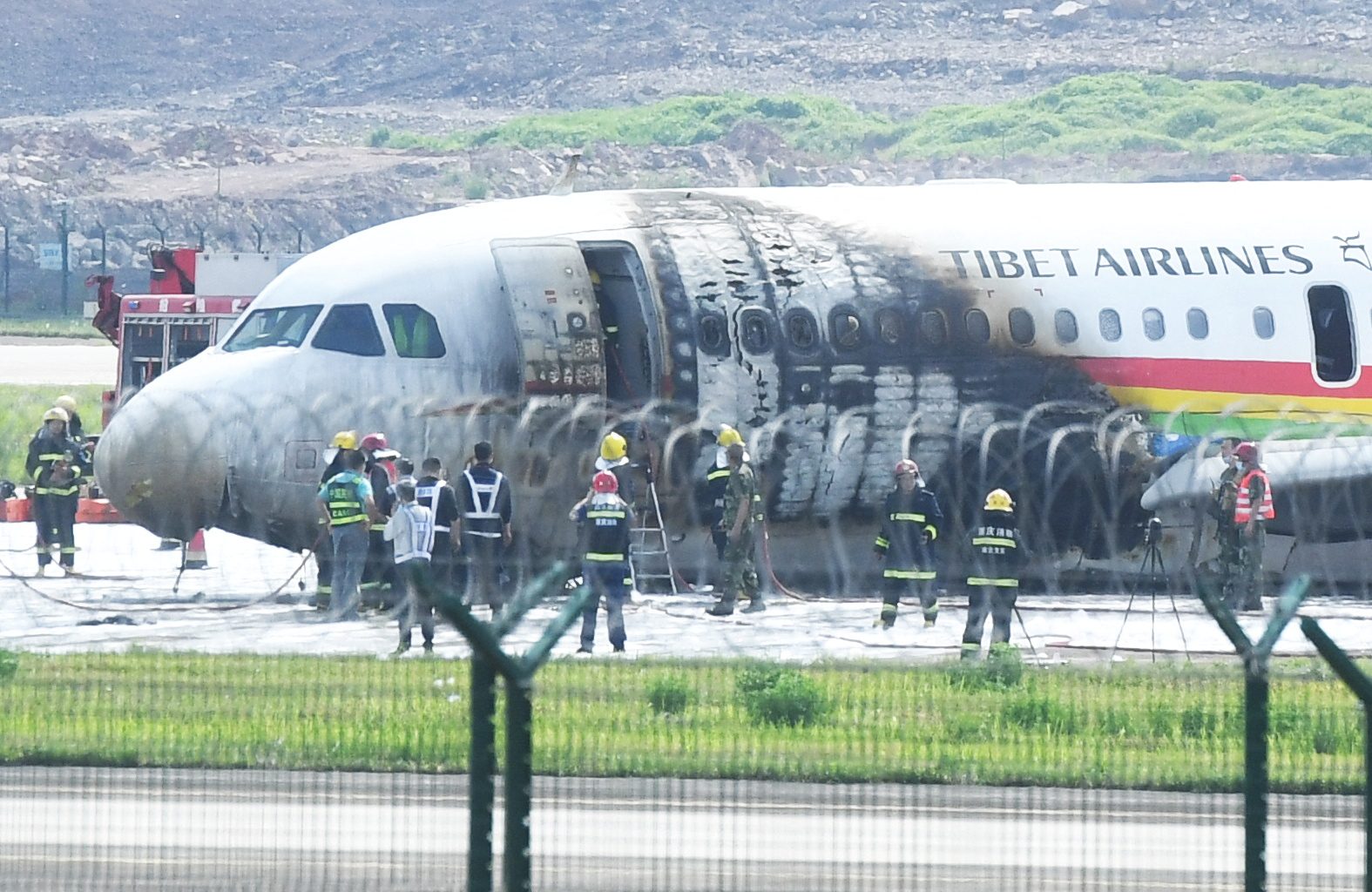 A Tibet Airlines flight caught fire this morning after veering off the runway during takeoff. All passengers were evacuated safely.

The Civil Aviation Administration of China (CAAC) is investigating why a Tibet Airlines flight veered off the runway this morning, catching fire and forcing occupants to evacuate. Videos circulating on social media show thick black smoke billowing from the front of the aircraft as passengers rush to escape.

Tibet Airlines TV9833/A319/B-6425 from Chongqing to Nyingchi was on fire during take-off this morning, details still not known. CKG/ZUCK closed for now. pic.twitter.com/CPL47fmfVk

Tibet Airlines flight TV8933 was due to fly out from Chongqing in Southwestern China to Nyingchi in Tibet. However, pilots interrupted the takeoff after “an abnormality” was discovered, the airline says. Consequently, the plane ran off the runway, suffering an engine scrape in the process, causing the blaze. Chongqing Jiangbei International Airport said the aircraft caught fire at 8:09 a.m. local time. Emergency protocols were employed, and investigators rushed to the scene, the CAAC says.

There were no deaths and only minor injuries sustained as a result of the incident, according to Tibet Airlines. The CAAC says that of the 113 passengers and nine crew, 36 suffered sprains and bruises and were sent to local hospitals to be examined. Images of the accident online show evacuation slides being deployed, which are often the cause of such injuries.

The aircraft was a nine-year-old A319, powered by CFM56 engines. It is the smallest plane produced by a European aircraft manufacturer. Michael Shen, a spokesperson for Airbus China, commented:

“We are aware of the media reports. All efforts are now going toward assessing the situation.”

This is the second time China has made the news of aircraft accidents in recent weeks. A little less than two months ago, a China Eastern Airlines flight crashed in the mountains of Guangxi, killing all 132 passengers aboard. Investigations to determine the cause of the crash are still underway.

The Changi East Project | The future of Singapore's Aviation

Read More
We reported late last year on the difficulties faced by Qatar Airways; the airline voted best in the…
Read More
The low-cost subsidiary of China Airlines, Tigerair Taiwan, is celebrating the delivery of the carrier’s first Airbus A320neo…