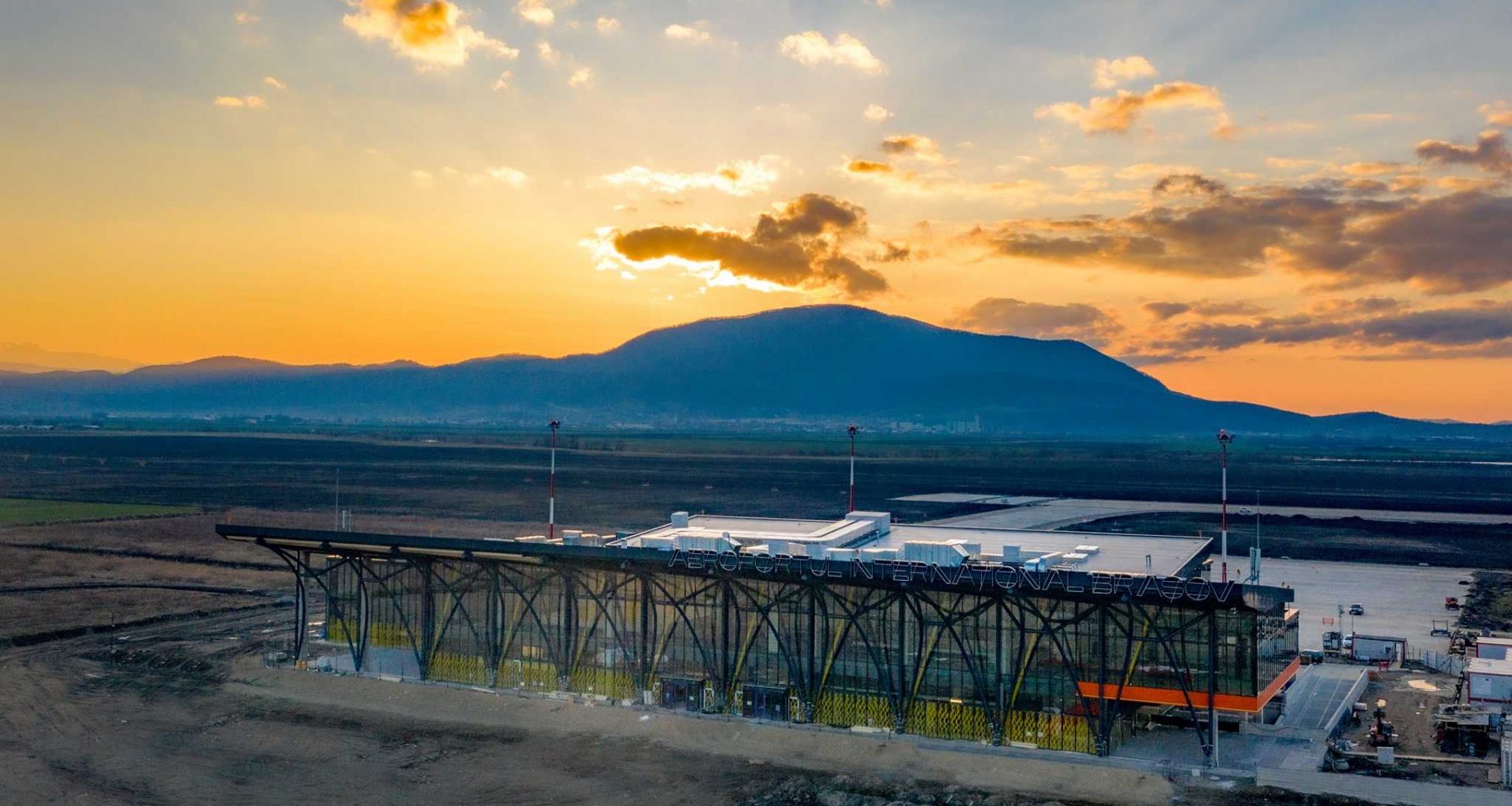 The Newest Romanian Airport Is Promising

The people of Romania have a great passion for air travel. Due to the limitation of the railroad system, air transportation is the primary mean for people to move around the country. And the beautiful city of Brașov is getting a new airport to help for this purpose.

A Little Bit of Context

In Romania, there are 16 airports, all built before or during the Ceaușescu era (1965-1989) and most of them have very old structures, a lacklustre taxiway system (backtrack is often necessary for aeroplanes), and often, runways shorter than 2200 meters, making it more challenging to operate fully loaded planes bigger than a 737-700. And currently, only Costanţa and Bucharest Otopeni have the necessary facilities for planes such as a 747 or an A350.

The Need for a New Airport

Every major city in the country has an airport, every city but one: Brașov. The city has 280.000 inhabitants, making it the 8th biggest city in Romania, and it has a very important university and history. It’s not accidental that Brașov is in the top 3 of the most beautiful cities in the nation, making it a tourist attraction. Plus, The municipality of Brașov has a very strategic role, since it is equidistant from the other major cities like Bucharest and Cluj-Napoca.

The first step for the construction of the airport began in 2006, with the acquisition of the necessary terrain for the construction, 209 hectares. After some bureaucratic difficulties, the work for the runway started in 2012 and ended in October 2014. Instead, the terminal, the third-largest in the country, was built between 2019 and 2021. Some interesting features of the future airport, that will start to operate flights from November of 2022 are a remote control tower system built by Swedish Manufacturer SAAB, a 2800 meters runway and 15 stands that will allow all planes but the theA380 to be operated at the field, a 5 million euros security system and charging stations for both airport vehicles and civil cars in the parking lot.

According to the journal Libertatea (The Freedom), the airport is planning to have 300.000 passengers every year for 18 destinations and will be connected to the main city by railway and future Highway A3. The total cost of the airport is around 70 million euros or 350 million Romanian Lei. This project will also create 10,000 workplaces, both directly and indirectly.

We at Travel Radar will keep an eye on the development of this airport and its future, hoping for exciting things to come, since nine airlines, Lufthansa and Wizzair among them, are discussing slots and possible connections with the airport authorities.

Traveling to Vietnam This Summer? Here Is What You Should Know

Read More
As the Covid restrictions ease and people’s ability to travel increases, many are splashing out on business class…
Read More
Many UN bodies, including the International Civil Aviation Organization (ICAO), call for member countries to vaccinate aircrew staff,…