SWISS has recently joined forces with representatives from Switzerland’s travel and tourism industry, to launch the ‘Back in the Air’ campaign, an initiative designed to restore freedom to travel. 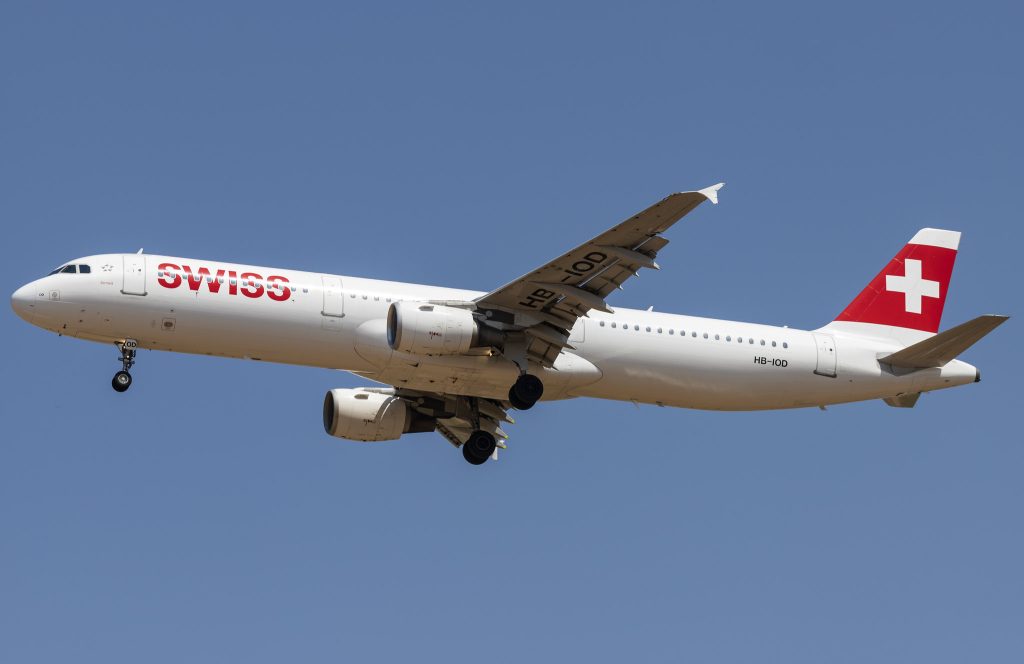 To Recovery and Beyond

Like many airlines, SWISS has been heavily impacted by the global downturn caused by the pandemic. According to the Swiss government’s ‘LUPO’ Aviation Policy Report of 2016, the Swiss air transport sector has an economic impact of more than CHF 24 billion a year, which translates into an employment market impact of more than 138,000 full-time positions.

Due to the ongoing uncertainty, the Swiss flag carrier has had to make significant cuts to its network as well as its personnel. Consequently, as with many passenger-focused airlines, SWISS has expanded its cargo operations to meet the growth in demand for airfreight of pharmaceutical products across the world.

Keen to restart recovery and get passengers flying again, the Star Alliance member announced this month that it’s trialling the IATA Travel Pass as well as assessing the use of the EU Green Pass and the Common Pass. The premium airline is also joining forces with the major players within the Swiss travel and tourism industry to be part of the ‘Back in the Air’ campaign, with the aim of restoring freedom to travel.

‘Back in the Air’ campaign: The 3 key demands to restore travel freedom formally presented on behalf of industry organizations to Swiss President Guy Parmelin at Zurich Airport © SWISS

Back in the Air

The ‘Back in the Air’ initiative is being supported by around 50 high-profile companies within the Swiss travel and tourism industry, such as Easyjet Switzerland, Geneva Airport, Swiss International Airlines, and TUI. Its aim is to define the concrete actions needed to restore travel freedom. The campaign reported that Swiss travel agencies have seen an 80 percent fall in bookings, while passenger numbers at airports have dropped by 75 percent. For the severely hit Swiss tourism industry, now is the time for political action.

The ‘Back in the Air’ campaign said:

“A well-functioning air transport sector is essential to landlocked Switzerland and its numerous international corporations. But the Swiss air transport system is a complex one: it cannot be ramped up in days, but requires a longer lead time along with clear and consistent parameters to ensure its safe and orderly operation. The Swiss economy and Swiss society need to be able to make their travel plans with confidence, too. Ever-changing rules cause uncertainty and severely limit travel freedom. Which is why, given the progress that is being made in vaccinating the Swiss population and the coming summer tourist season, prompt solutions are now required to offer Switzerland’s economy new prospects and perspectives.”

At the recent ‘Back in the Air’ virtual summit, the Swiss travel and tourism industry presented three key demands to Swiss President Guy Parmelin, and they are as follows:

“As a business and industrial location and as an export nation, Switzerland relies on having well-functioning air transport services. Travel must be made possible and plannable again – responsibly, with an awareness and appreciation of the associated risks, and with due and full regard to the protection concepts required.”

Around the world, the travel and tourism industry and the economic segments that depend on it are still feeling the impact of the pandemic. The economic damage to the entire airport ecosystem has been huge. It’s encouraging to see the industry joining forces and innovating, to support its workers and make travel safer for all.

What are your thoughts on the ‘Back in the Air’ campaign? Let us know in the comments below!