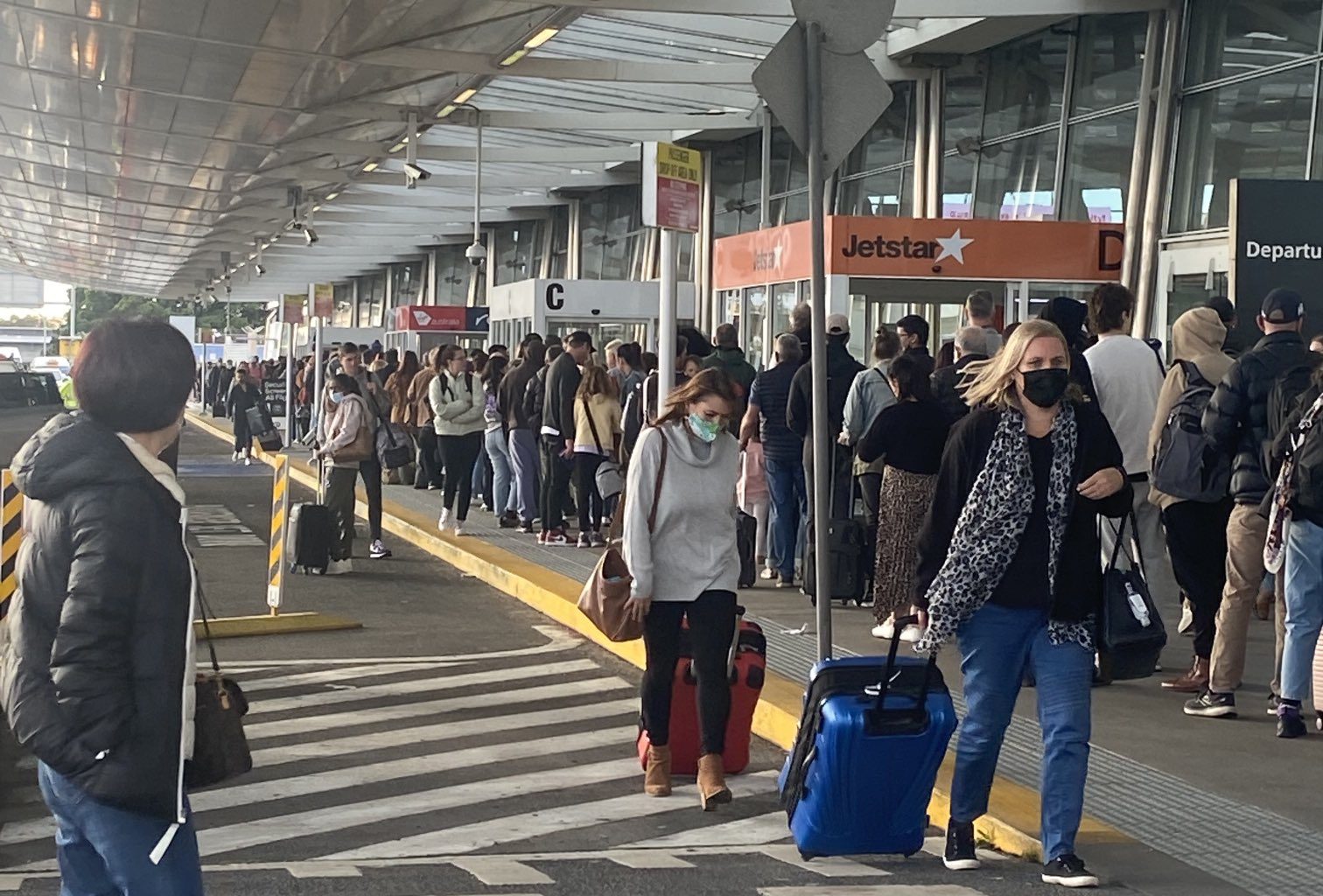 A reported shortage in security staff, see’s lines spill outside the terminal gates once again.

Domestic and international passengers were welcomed at Sydney Airport on Monday morning with long lines reported to be as long as 150 metres, according to eye witnesses.

Sydney Airport says that a “significant” number of security staff have called in sick, meaning they’ve had to close several screening lanes.

“Our security contractor has had significant staff sick leave today, meaning some security screening lanes were not able to be opened,” a spokesman for Sydney Airport said.

“We have customer service staff on the ground bringing passengers forward according to flight priority.”

Passengers shared their experiences to social media, expressing frustrations at such inconvenience at the start of the working week.

A Growing Pattern of Delays

In recent times, Sydney Airport has experienced an array of distributions in it’s airport terminal check-ins leading to passengers  having to disgruntling wait longer to board their flights, if they even get take flight at all.

Two weeks ago, Sydney Airport saw dozens of flights failing to leave the tarmac with an IT glitch leading to dozens of cancellations, including for airlines Qantas, Virgin Australia and Jetstar.

In July, a thick morning fog and technical issue in one of the domestic terminals similarly led to delays of up to 40 minutes for passengers.

It was recently revealed by CNN that Sydney Airport had gown to be one of the world’s most disrupted airports, ranking 9th for the unwanted industry title of most flight delays (occurring 34.2% of the time)  and 6th for most cancellations, with six per cent of flights failing to take to the air entirely leaving passengers stranded.

Spanish easyJet Pilots to Strike EVERY Weekend This August

Read Article
Today, Google Flights launched a game-changing new feature that will now help air travellers reduce their carbon footprint…
Read Article
2019 was a lousy year for commercial aviation. The business was shaken by events such as the China/US…