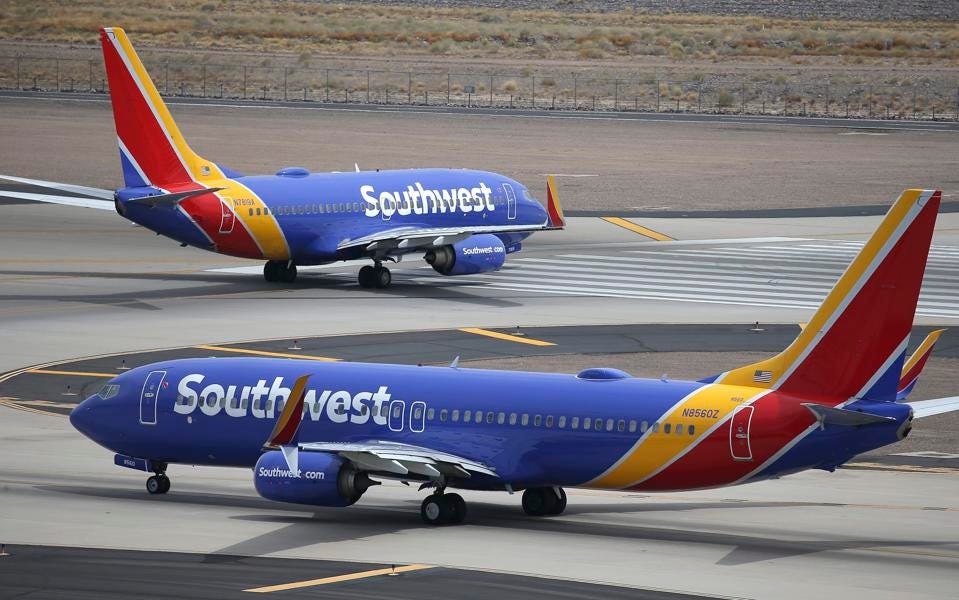 Southwest Airlines has announced this week that, as of 1 September, its reservation centres will permanently close and shift to 100% remote.

This move is a significant step for the carrier and the working world as a whole, as temporary measures brought in during the pandemic become not only permanent but preferred.

Customer service and reservation centres are crucial to the day-to-day running of every airline. Airlines handle thousands of customer queries throughout the day and reservations agents are involved with completing bookings and helping with flight changes and, as the name suggests, reservations.

Currently, approximately 3,200 customer service and reservations agents work for the major U.S carrier. They are based across seven U.S cities – Atlanta, Chicago, Albuquerque, Phoenix, Oklahoma City, Houston, and the carrier’s headquarters in Dallas.

But from 1 September, Southwest Airlines has opted to ditch its physical centres and transition to an entirely work-from-home customer service operation from 1 September.

Southwest has said that the abandoned reservation centres will be repurposed into spaces for other departments. And, what may come as a relief to its employees, there will be no layoffs involved for the staff members switching to remote work.

According to CNBC, the worker’s union that represents Southwest’s customer service staff and reservations agents, The International Association of Machinists and Aerospace Workers, wrote to its members on Wednesday:

“Southwest Airlines just announced they are closing all the Reservation Centers and transitioning to 100% remote work.”

The International Association of Machinists and Aerospace Workers maintains that Southwest’s decision was made without union input.

It’s yet to be seen how much of an issue being forced into remote working will be for some staff members. Frustration will undoubtedly be present among some staff members as there are numerous individuals who would much prefer the option of working in the office in a hybrid structure.

This decision made by the world’s largest low-cost carrier has been supported by some of its own comments. Southwest said that most of its customer service agents have already been working remotely and have done since the peak of the pandemic, meaning the transition will not be as much of a revolutionary change as you’d expect.

And, in a statement to Simple Flying, Southwest offered further details of the benefits of remote working:

“Evolving to a fully remote workforce brings increased flexibility, both in attracting and hiring new Employees from across the country, and in scheduling current Employees who have worked at record efficiency in a remote work environment.”

Having more and more staff working remotely can also reduce the overall operational costs of an airline. Overhead costs of office space, energy, and maintenance can be cut down with the closing down of offices.

In light of increasing inflation across the globe, more airlines may opt to switch to remote work in departments that can adapt to it.

What do you think about Southwest Airlines closing down physical offices to make way for remote work? Let us know what you think in the comments below.

Read Article
Aviation IT provider Awery have announced new partnership to develop easier documentation for dangerous goods on flights. In…
Read Article
Sustainable aviation fuel is becoming increasingly popular as airlines across the world are increasingly turning to the more…