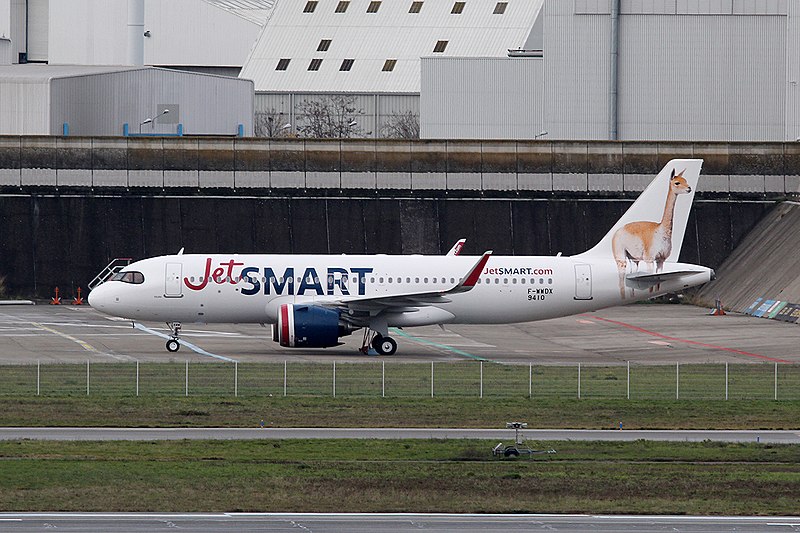 All six aircraft are scheduled for delivery in 2024.

JetSMART was founded by Indigo Partners, which also owns other popular low-cost carriers such as Hungarian carrier Wizz Air, Frontier Airlines in the U.S, and Mexico’s Volaris.

The Chile-based carrier is embarking on a journey to heavily increase its fleet over the next couple of years. Currently, the airline (with subsidiaries in Argentina and Peru) has a total fleet of 17 aircraft. It also has an order with Airbus for a staggering 98 new A320neo-family aircraft and is expected to receive its first later this year. Quite the expansion!

The airline is not cashing in on almost 100 Airbus aircraft without a reason. For example, once it starts to receive the 14 A321XLR aircraft it has ordered, JetSMART will be able to launch non-stop routes from Santiago de Chile to popular long-haul destinations such as Miami. It will also allow JetSMART to benefit from its existing alliance with major U.S carrier American Airlines at a more productive level.

But as of 22 July, JetSMART has opted to work with well-known global leasing company BOC Aviation Limited to receive 6 A320neo aircraft. Currently, the carrier has 6 A320neos in service.

“We are excited to work with BOC Aviation in the management of our fleet plans towards becoming the ultra-low-cost carrier in South America,” said Matt Bernier, CFO of JetSMART.”

Managing Director and CEO of BOC Aviation, Robert Martin, echoed Bernier’s sentiments. He also spoke of how highly this speaks of BOC Aviation as a trusted company:

“We are delighted to welcome JetSMART as a new customer, and we look forward to supporting the airline’s growth plans in the South American region. This transaction is testament to BOC Aviation’s ability to provide our customers with large-scale financing solutions as well as technologically advanced aircraft.”

What do you make of this news? Share your thoughts with us in the comments below.

Read Article
Passengers are entitled to seek compensation for delayed flights operated by non-EU carriers on behalf of airlines based…
Read Article
On October 29, 2021, ITA Airways, the newco that replaced Alitalia, joined the SkyTeam Alliance, filling the gap…