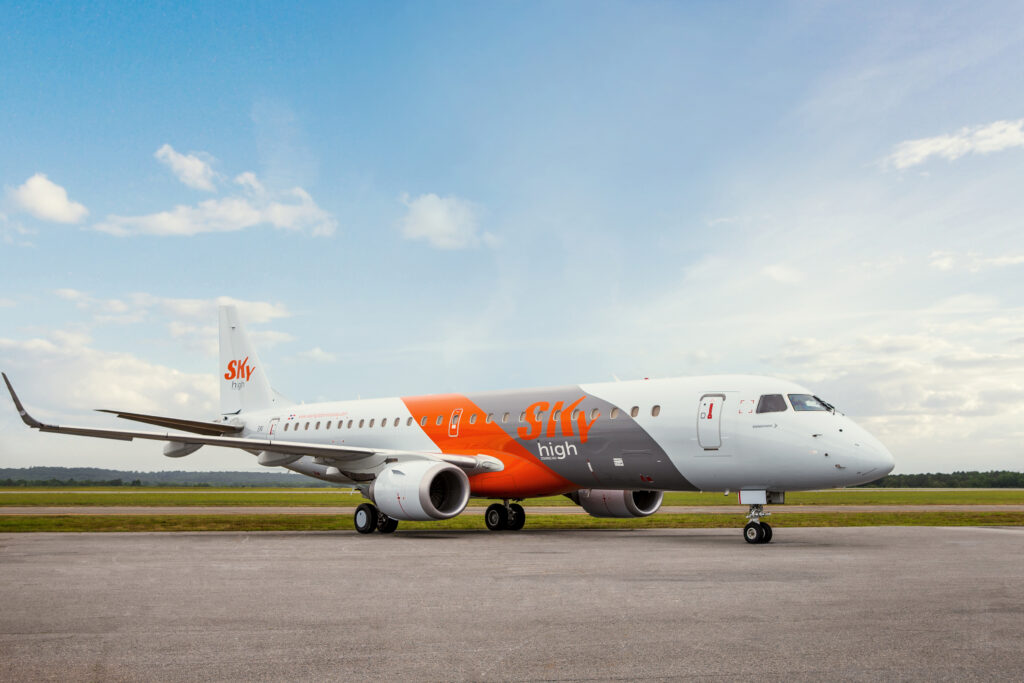 The Caribbean skies have gained a new aircraft to admire as Dominican carrier Sky High receives its second E190 from aircraft leasing company TrueNoord. The Embraer was immediately inducted and is now an active part of the airline’s fleet.

Sky High now has a fleet of 4 operating aircraft that serve the airline’s extensive network. Flying to 15 destinations including Miami, Aruba and Anguilla, the second Embraer E190 offers support to the steadily growing passenger numbers recorded by the airline, as well as its ambitions for the future.

Garry Topp, TrueNoord’s Sales director for the Americas, spoke of the airline’s innovative decisions to introduce the E190s to its fleet in a recent statement:

“TrueNoord is delighted to work with Sky High as they pioneer route development across the region… It’s very exciting to see Sky High proving the case for the E190, with its range capabilities connecting destinations not only across the Caribbean but also to new international routes to the USA, Central and South America.”

Sky High received its first E190 in August, with the knowledge that a second delivery was a mere 60 days away. This delivery solidified the Dominican airline as the first and only E-Jet operator in the Caribbean, which is no doubt a big honour.

Juan Chamizo Alonso, president of Sky High, spoke on the honour of holding this title and the efficiency of the E190 in a statement released at the time:

“It is a great differentiator for us to be the first and only operator in the region with E-Jet capacity, and we are proud to celebrate our first 10 years of operations with this new venture. The addition of our Embraer-190, with greater capacity and the latest generation, is the next step in our development and is our new offer for our customers.”

Incorporating the E190s into the airline’s existing fleet is a part of Sky High’s goals to offer passengers the most comfort aboard their aircraft whilst operating with two 50-seater Embraer ERJ145s and now two 97-seat dual-class Embraer E190s.

What are your thoughts on Sky High’s expansion? Let us know in the comments below!

Read Article
United Airlines have announced plans to use electric-powered aircraft for short-haul flights by 2030. The US-based airline plans…
Read Article
Whilst national restrictions are in place making it illegal for most people to travel, there are still a…