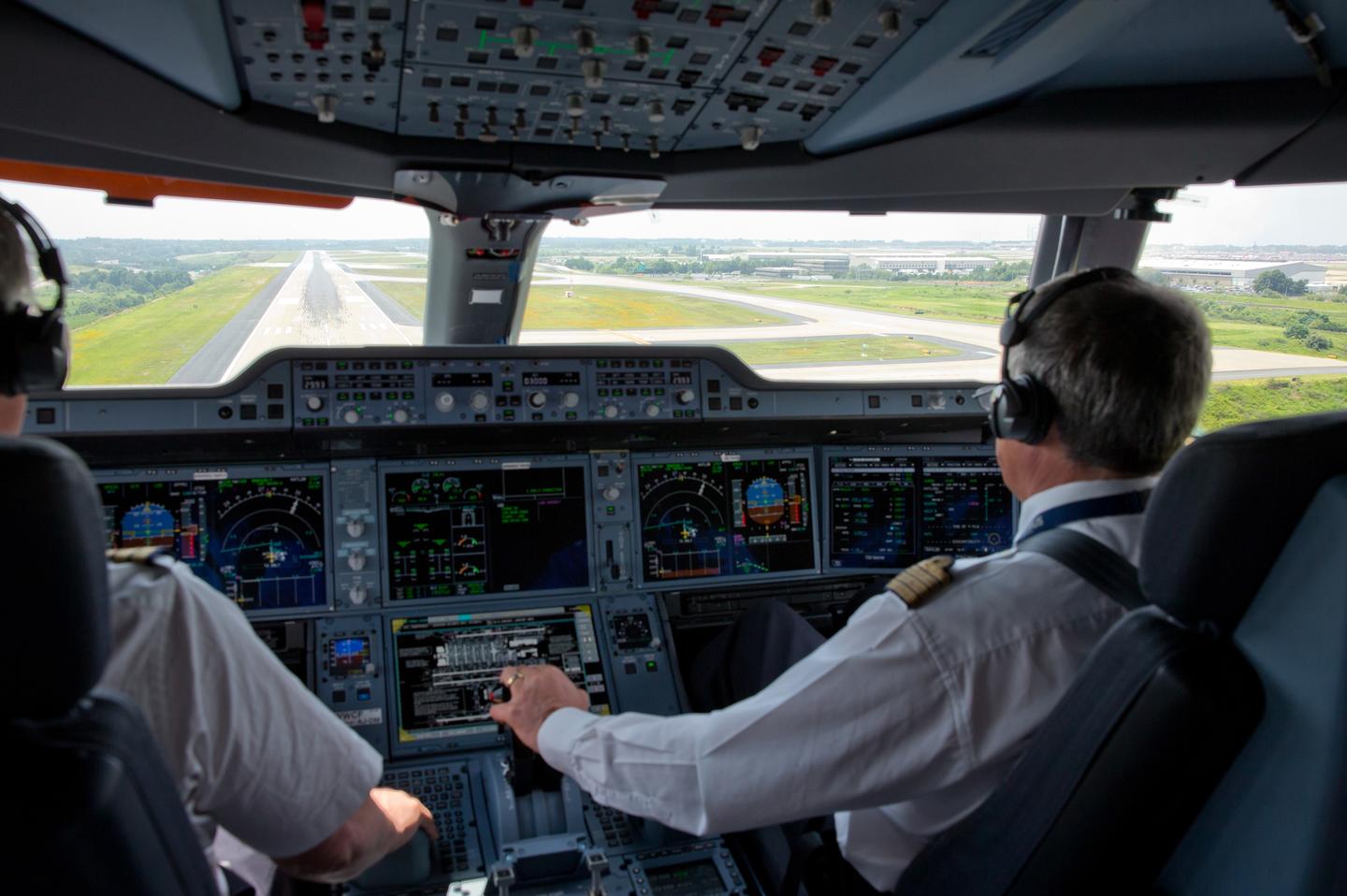 Home Satellite Approach? Where Airbus is Heading with GPS Augmentation.

Satellite Approach? Where Airbus is Heading with GPS Augmentation.

Airbus Industries has just released a press release on the successful certification of an interface that uses satellite signals for conducting an approach and landing. The recent interface update is available for the Airbus 320 and A330 family from the OEM and the retrofit option is also applicable for older models. Whilst using satellite as a primary reference for approach and landings is nothing new, this particular update integrates the satellite signals and displays them in a way that is familiar to most airline pilots. Let us re-evaluate the significance of using the Satellite Landing System (SLS) in today’s commercial aviation sector.

From the Wright brothers’ first flight till today, the most prominent primary reference for landing an aircraft is visual cues. However, visual contact with the runway threshold is subject to local weather phenomena. More specifically, it could be obstructed by precipitation, pollution, and low clouds. In order for commercial aircraft to land in less than perfect weather, various guidance systems were developed with the most widely used system being the Instrument Landing System (ILS).

The ILS provides the most reliable lateral and vertical guidance by emitting Very High Frequency (VHF) signals of varying frequencies. Other guidance systems like the VOR, NDB, and LOC only provide lateral guidance and are defined as non-precision approaches. In recent years, a new type of approach has been implemented by using Global Navigation Satellite System (GNSS) (a.k.a. GPS in layman’s terms) signals as the primary means of guidance and it is called a Required Navigation Performance (RNP) approach.

The Satellite Landing System is the interface of an RNP approach designed by Airbus. Signals from multiple satellites are received by ground stations and then corrected for position errors before being sent to a geostationary satellite. The GNSS receivers onboard the aircraft receive a master signal from a geostationary satellite and the onboard flight computers calculate the precise position of the aircraft. The integrity and reliability of such signals are ensured by an onboard monitoring system that notifies pilots if the data becomes erroneous.

The need for an SLS

With various types of approaches available, why do we need another one? Traditional instrument approaches require the installation of ground radio stations and these stations can be costly. The price tag of an ILS system in Coolangatta Airport in Gold Coast, Australia, is approximately USD 8 million with an annual maintenance fee of 0.8 million. Each runway would require two systems for the opposing directions, and the cost of installing two ILSs to a secondary airport could be financially questionable. As a result, most secondary airports only have ILS installed on the primary runway with favourable prevailing wind.

In adverse weather conditions when the aircraft is required to land on a runway without an ILS (or other types of approach), the required minima would need to be raised and the flight would divert if the weather shows no signs of improvement. Satellite-based approaches eliminate this concern as it does not require a local radio station to provide guidance and all Airbus aircraft already comes with GNSS receivers and associated flight computers. In addition, RNP approaches allow straight-in flight paths, making arrivals more efficient when compared to traditional instrument approaches which sometimes require the aircraft to overfly the airport.

The significance of the SLS interface is that it was designed to be presented as an existing display to pilots. The guidance is displayed on the Primary Flight Display (PFD) by two “diamonds” just like how the traditional ILS is currently displayed. When pilots choose to “hand-fly” the approach, they can adjust easily to correct for deviations as the way the guidance works is primarily the same as doing an ILS approach.

Since the introduction of the highly reliable ILS and RNP approaches, traditional instrument approaches such as the NDB and VOR approaches have been phased out to reduce maintenance costs. The development of RNP approaches using horizontal and vertical guidance is being adopted with the U.S. leading in terms of coverage. By 2022, over 2000 airports in the U.S. have RNP approaches available. This particular lead is aided by the use of the Wide Area Augmentation System (WAAS) which provides highly accurate and continuous GNSS coverage. In Europe, over 750 airports are RNP approach capable with another 500 planned to be in service by the middle of the year.

Whilst it is nothing new for aircraft to be guided by GNSS signals, the trend of usage and coverage of such approaches is undoubtedly changing the field of commercial aviation. It is not hard to imagine the ILS will one day become a standby guidance system before being phased out.

Did you know that aircraft can now rely on GPS for landings? Let us know in the comments below if you wish to read more on aviation technologies from our team!

Read More
No one ever expected that such a thing would happen.  However, it happened. To the complete shock of…
Read More
Ryanair has criticised a new windfall tax on airlines imposed by the Hungarian government recently. The tax will…