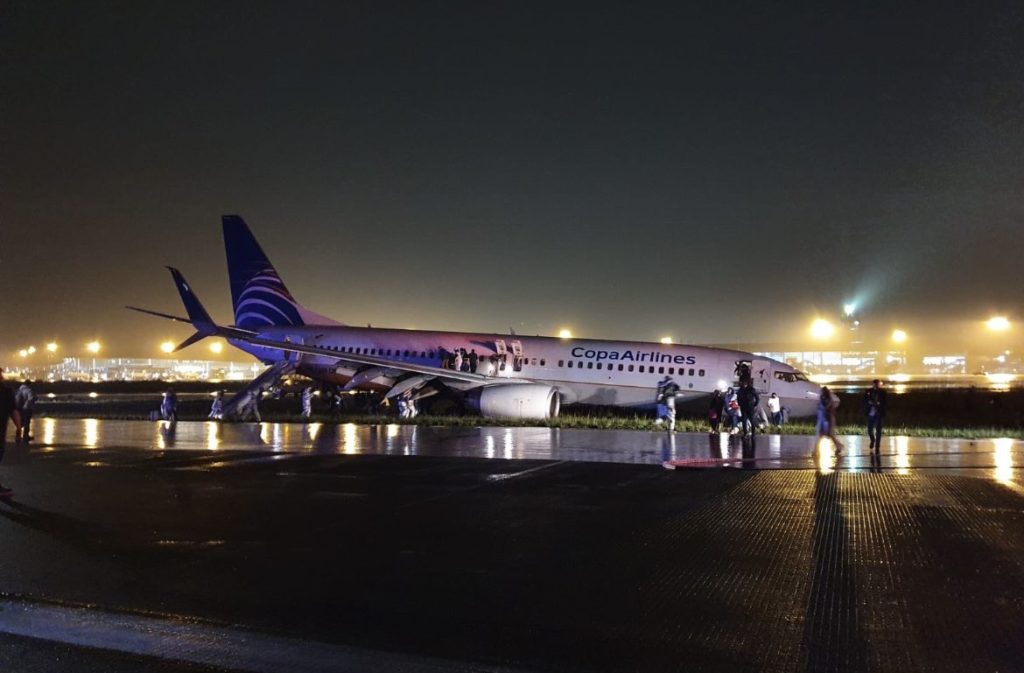 On Sunday 25th, a Copa Airlines aircraft veered off the runway as it descended into Panama’s Tocumen Airport. The incident occurred at 21:13 local time and it is reported that there were no injuries.

The Boeing 737-800NG that supported Flight CM135 left Mexico City International Airport at 17:26 local time where it travelled to Panama without issue. However, as the passenger-filled flight touched down that same evening, the aircraft ran off the runway which forced the crew to initiate the plane’s evacuation procedure.

In the video above, emergency sirens can be heard as the cameraperson captures the commotion. Evacuation slides are visible from both sides of the plane and passengers can be seen descending, some with the help of others.

According to news outlet La Prensa, the incident happened due to disruptive weather in the area which caused a difficult landing for Flight CM135. It has been reported that earlier that day, a weather warning had been issued by Panama’s National Protection organisation Sinproc as heavy rainfall and strong winds were due to appear during the day.

Operations at Tocumen International Airport to be Paused

“Our priority is the well-being of the passengers and crew on board the flight, so we will provide them with the necessary assistance.” – Copa Airlines via statement

Both Copa Airlines and Tocumen International Airport have released statements via Twitter in response to the situation, with the airport announcing a temporary suspension of their services as the Civil Aeronautics Authority conduct further investigations.

What are your thoughts on the situation? Let us know in the comments below!

Read Article
The U.S. Federal Aviation Administration (FAA) has certified the Boeing 737-8200, a high-density variant of the Boeing 737…
Have you ever wondered what the world’s most expensive first-class ticket is? Well, then this article is for…