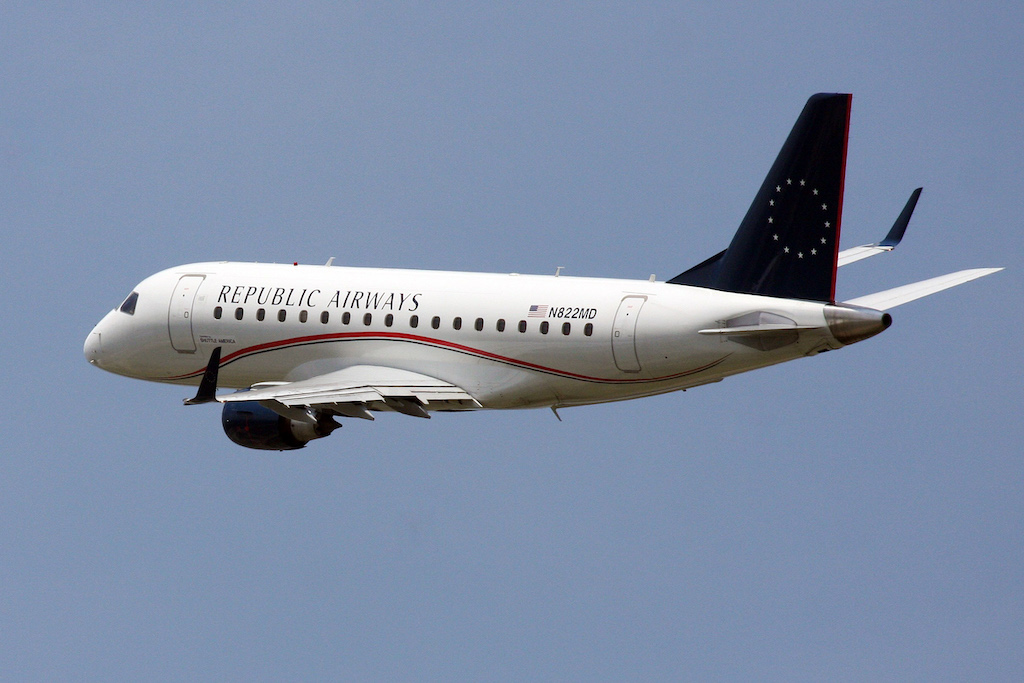 Republic Airways, an American regional airline, has requested that its new pilots be allowed to fly with only half the required experience. Sound crazy? – there is a precedent.

Half the required experience

Republic Airways has filed a request with the Federal Aviation Authority (FAA) asking for an exemption from the “1,500-hour rule”. 1,500 hours refers to the amount of flight experience required for commercial pilots. The airline is asking that their pilots be allowed to fly with only 750 flight hours instead. At first glance, this may seem like an absurd request, but a closer look reveals it may not be such a crazy idea after all.

Republic is in a unique position among airlines. They are the only regional carrier to own and run their own ab-initio flight school. The LIFT academy (stands for Leadership in Flight Training)  is an intensive program for students with no previous flight experience. The program allows them to gain a Restricted Airline Transport Pilot certificate (R-ATP), required to be a first officer with a commercial airline.

The academy is now asking for an exemption that would allow students to qualify with only 750 flight hours. The rationale is this: military pilots are already subject to a 750-hour exemption due to the rigour of military flight school. Republic is arguing that their R-ATP program “will exceed the safety standards of the military R-ATP, as applied to a civilian pilot trained specifically for part 121 operations”. They want the same exemption to apply to civilian pilots passing through their flight school.

Considerations for the FAA

There are several reasons the FAA might want to seriously consider Republic’s request. The first of which is that there is a global pilot shortage affecting airlines. Stats from consultancy firm Oliver Wyman predict that we could be short of 34,000 pilots by 2025. And the pandemic has only exacerbated issues. During the lockdowns, pilots were retiring at the double the usual rate. Recent staff shortages have forced Republic to cancel hundreds of flights and cease services to dozens of remote airports. In the wake of an industry-wide pilot shortfall, it could be these fast-track pilot programs that make up the deficit. For a deeper look at how ab-initio flight schools might solve the pilot crisis, check out our interview with Cirrus’ David Moser about the United Aviate Program.

The 1,500 hours may be more arbitrary than it seems. The law was introduced in 2013, following safety reforms as a result of the Colgan Air flight 3407 crash in 2009. Before then, pilots only needed 250 hours of flight time to operate commercial flights. Some considered the new rule a knee-jerk reaction, pointing out that both pilots involved in the Colgan Air crash had over 1,500 hours of experience. In other countries, pilots can qualify with as little as 200 hours. The 1,500-hour rule remains a topic of fierce discussion.

Do you think pilots should be allowed to fly with only 750 flight hours? Let us know in the comments below!

Nine Arrested in Israel for Sending Crash Images Aboard Flight

Read More
Most airlines around the world are either on the road to bankruptcy or relying on some form of…
Read More
The world is waiting for news that a COVID-19 vaccine has been developed.  Emirates Airlines is already preparing…