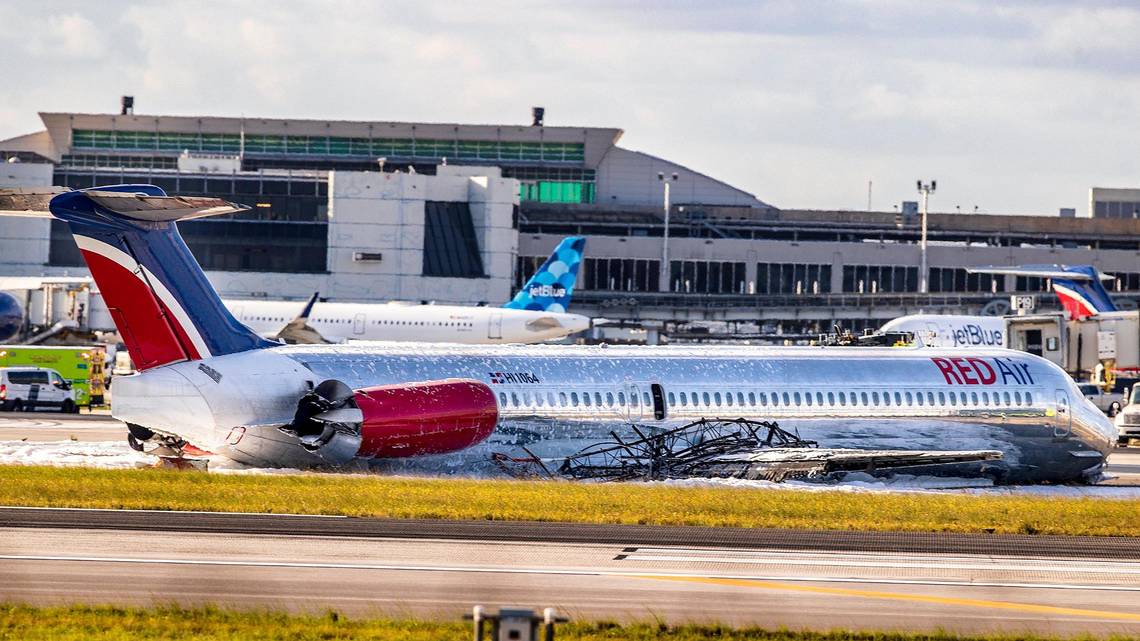 On Tuesday, 21 June, a flight operated by Dominican Airline RED Air crashed at Miami Airport after its landing gear collapsed on the runway. The plane veered off runway 09 and came to a standstill on the turf before its right-hand wing caught fire. The blaze was quickly extinguished by the airport crew as passengers were evacuated via slides. Three people suffered minor injuries and were taken to hospital.

The aircraft then went off course, swerving left off runways 09/27 and onto the green, then over runways 12/30 before coming to a stop in front of taxiway Q. The tower pressed the crash button and directed incoming flights to go around. Miami Emergency Services reported that they were at the scene of the crash.

Who is Red Air?

The airline operates a fleet of three MD-82 aircraft, and one MD-81, all previously owned by LASER Airlines. The aircraft involved in the crash was a 31-year-old MD-82, which planespotters.net have declared ‘damaged beyond repair’.

Why Is Qantas Investing in Homegrown SAF?

Read Article
The past weekend for many Americans and Canadians should have been a joyous one celebrating their independence from…
Read Article
Flybe entered administration on 5 March 2020.  All its flights were grounded and the UK airline stopped trading…