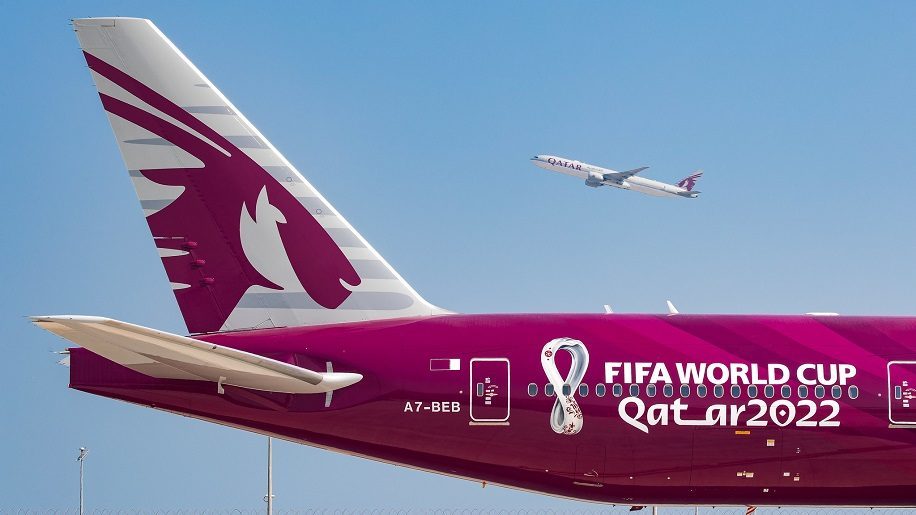 Qatar Airways to Reduce Services for the 2022 FIFA World Cup

The state of Qatar is hosting the 2022 FIFA World Cup from November this year. As a result, the Middle Eastern country and its capital, Doha, expect a significant influx of visitors from across the globe.

The spike in passenger numbers and an increase in airlines looking to serve the country from Hamad International Airport has pushed the carrier to make some short-term but significantly helpful changes to ensure all services will run smoothly during a promising and exciting couple of months for the country.

It isn’t to be underestimated how significant of a sporting event the World Cup is. And the fact that it is taking place in Qatar is both an exciting and demanding time for the state. It is essential for not only fans but the country itself that everything involved in the operation of the historic football tournament runs smoothly – including travel to and from Qatar.

The event will run from mid-November to mid-December, and Qatar is expecting over one million visitors over that period.

Qatar Airways CEO Akbar Al Baker told media at IATA’s (International Air Transport Association) annual general meeting (AGM) in Doha this week that the airline will have to restructure banks of flights over a 30-day period in order to free up slots for other airlines that will be flying into Doha at an increased rate during the 22nd running of the FIFA World Cup competition.

The carrier will also be increasing capacity onto routes where demand from football fans is highest – this will assumedly consist of routes to the 32 nations competing in this year’s sporting event.

“We’ll have to withdraw from many destinations in order to relieve capacity and to allow other airlines to come and utilize the slots. This will happen during a 30-day period … Some of Qatar Airways’ routes to countries not involved in the 32-nation tournament would be halted, and others reduced.”

Al Baker declined to comment on which routes will be facing the temporary withdrawal.

Interestingly, while Qatar Airways isn’t the only airline that uses Hamad International Airport as its hub, it practically dominates the airport.

The flag carrier has a stronghold on gates and slots at the Doha-based airport. But they are willing to give up some gates and slots to airlines that will be flying to the country more frequently to accommodate the greater demand the World Cup will bring.

“We’ll have to restructure entire banks of Qatar Airways services to accommodate all the other airlines that want to come. There will be a huge rush.”

For the sake of the beautiful game

Qatar Airways will also be working with other airlines in order to ensure the country is served appropriately across the globe during the entire World Cup.

The Doha-based carrier has been encouraging other airlines around the Gulf to run shuttle-style flights in and out of Doha.

Up to 20,000 people, a day could fly in from nearby cities early in the day and fly out later in the day, which will have the beneficial effect of reducing the anticipated accommodation squeeze in Doha during the football tournament.

Earlier this week, Qatar Airways’ CEO shed more light on the collaborative nature of their plans and the local airlines involved:

“We are also encouraging our regional friends to start having shuttles to Doha during the World Cup. A few weeks ago, Qatar Airways tied up with flydubai, Kuwait Airways, Oman Air, and Saudia to connect FIFA World Cup Qatar 2022 match ticket holders to Doha via match day shuttle flights.”

Overall, hosting a major sporting event such as the FIFA World Cup is an opportunity every country would love to have. To Qatar, the World Cup is the perfect time to shine and present the state to the world. Hence why, the carrier is keen to accommodate football fans travelling into the country as well as they possibly can.

What do you think of Qatar’s tenacious dedication to ensuring everyone can get to Qatar easily? Will you be flying into Doha for the World Cup? Share your thoughts in the comments below.

Read More
Delhi International Airport has confirmed that they will close Terminal Two from midnight on Tuesday 18 May 2021.…
Read More
Vietnam’s two busiest airports had simultaneously finished their renovation and runway upgrade to facilitate the high number of…