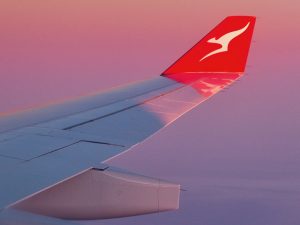 Strict entry requirements and restricted border closures continue to hinder international travel and airline route connectivity.  However, despite the obstacles, Qantas and its low-cost subsidiary Jetstar plan to expand its domestic operations,  officially announcing more flights between its two prime hubs, Sydney – the capital of New South Wales and Melbourne – the capital of Victoria, after the New South Wales government reopens its borders.

“This is fantastic news. We’ve added thousands of more flights back into our schedule today which will see Melbourne-Sydney once again become the busiest air route in Australia. November 23 will be a day many people will now be looking forward to,” Qantas Domestic & International CEO, Andrew David said. “It’s also great for businesses, and great for getting more of our planes in the air and more of our people back to work.”

“Pre-COVID, Melbourne-Sydney was the busiest air route in Australia and the second busiest in the world. On a busy day, Qantas and Jetstar would operate more than 100 flights per day between New South Wales and Victoria. During the lockdown, our schedule reduced to as low as one flight a day,” David added.

Qantas may not be able to use its long-haul fleet including one of its powerhouses, the Boeing 787 Dreamliners, along with its Airbus A330s and A380s. However, the Sydney-based carrier has the opportunity to effectively use its domestic fleet of A320s, B737s and B717s through its expanded domestic flight expansion.

The airline’s expanded flight schedule for when local borders reopen will be during the upcoming holiday season – when travel demand is usually at its highest peak – and as a result, Qantas and its low-cost subsidiary will have the opportunity to directly compete with one of its major foes, Virgin Australia. 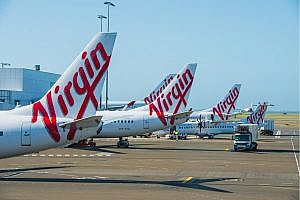 Virgin Australia officially announced adding more domestic flights from Melbourne and Brisbane to include more regional and leisure destinations. The airline plans to resume flights beginning in late-November through mid-December.

In the meantime, while the three carriers allocate their resources to their domestic networks, their new flight additions serve as the strategic decision to stay afloat, as all three airlines continue to navigate the airline industry and COVID-19.

Editor - Benjamin has had a love for aviation since a young age, growing up in Tampa with a strong interest in airplane models and playing with them. When he moved to the Washington, D.C. area, Benjamin took part in aviation photography for a couple of years at Gravelly Point and Dulles Airport, before dedicating planespotting to only when he traveled to the other airports. He is an avid, world traveler, having been able to reach 32 countries, yearning to explore and understand more cultures soon. Here at Travel Radar, he is responsible for all content published serving in the role of Editor.

Which role will ITA play in the coming...

150 Beds Lined Up At Bengaluru Airport To...