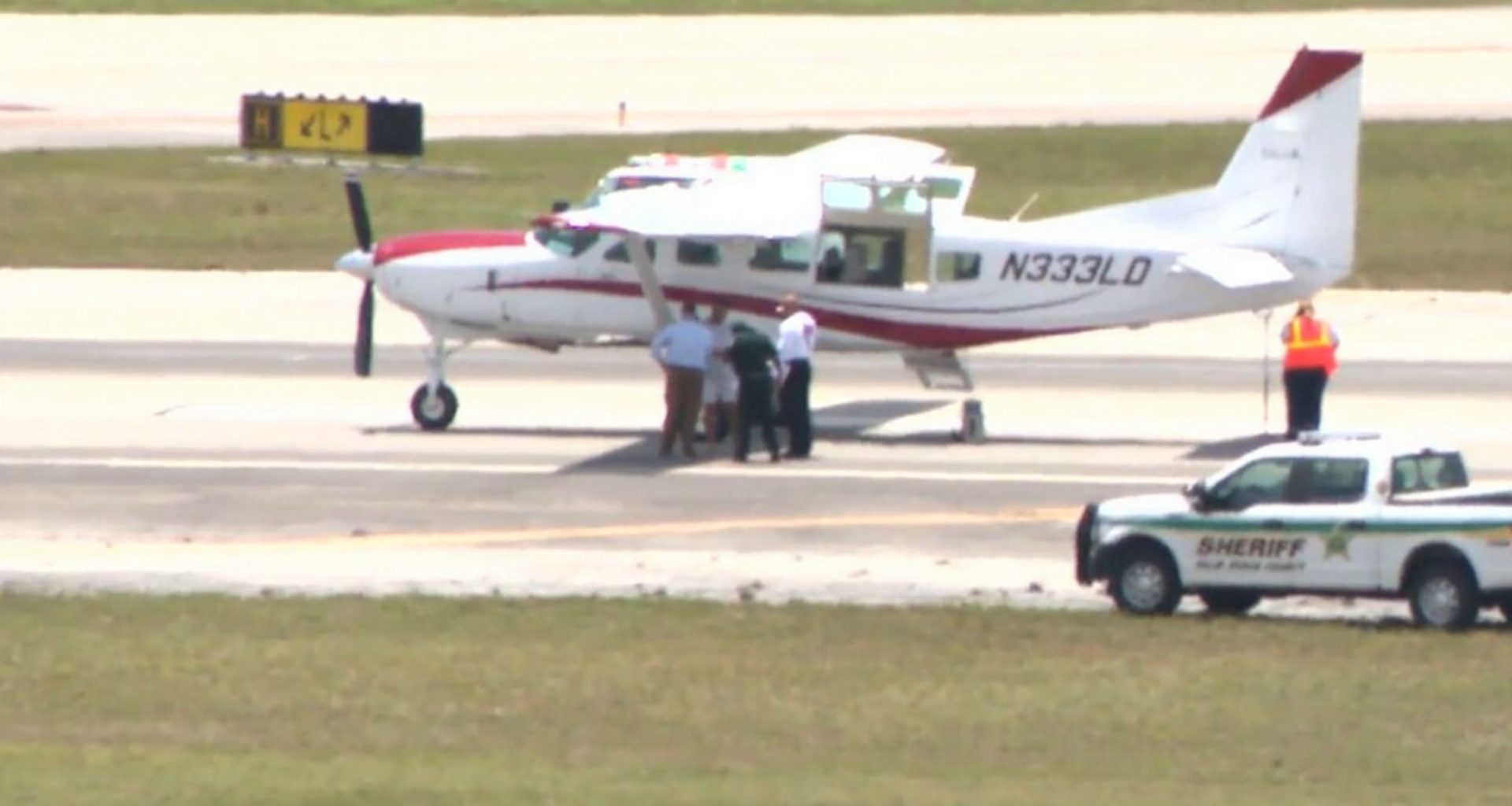 A passenger with no flight experience managed to land a plane at Palm Beach International Airport, under the guidance of Air Traffic Control.

Things quickly went south for the passengers of a single-engine Cessna 208 when the plane’s pilot turned “incoherent” and was unable to fly the aircraft. The passengers managed to contact ATC, saying:

Passenger: “I’ve got a serious situation here. My pilot has gone incoherent. I have no idea how to fly the aeroplane.”

ATC: “Maintain wings level and just try to follow the coast, either northbound or southbound. We’re trying to locate you.”

The man on the other end of the line was Robert Morgan, an air traffic controller at Palm Beach International Airport. Morgan was on his break when a coworker came to inform him of the situation:

“I rush over there and I walk in and the room is really busy … and they’re like, ‘Hey, this pilot’s incapacitated. The passengers are flying the plane. They have no flying experience,”

He told CNN yesterday. As a flight instructor with more than 20 years of experience in ATC, Morgan was well equipped to deal with the situation. Though he had never flown that model of Cessna before, he quickly got up a picture of the cockpit controls and was able to instruct the passenger on how to reduce the power so they could land.

The landing, as seen in the video below, was carried out with no hitches. “Did you say the passengers landed the airplane?” asked an American Airlines pilot who witnessed the situation. “Oh, my God. Great job,” he said. Morgan gave the landing a 10 out of 10, and went to meet the passenger on the runway for a big hug. He said the passenger, who was keen to get home to his pregnant wife, was “really calm” throughout the whole ordeal.

🛫 NEW VIDEO: Watch the intense moments as a passenger lands a plane after the pilot was "incoherent." Hear how the air traffic controller describes what it was like to talk him through it: https://t.co/W5I7NneRZM pic.twitter.com/GuR0Ws0ntL

The Palm Beach County Sheriff’s Office says the pilot has been taken to hospital. The nature of his medical issue is yet unknown. The FAA is currently investigating the incident.

Mass Confusion Over Mask Wearing in the US

Read More
Qatar Airways has operated its first Boeing 787-9 commercial flight which features a brand new business class. The…
Read More
Hawaiian Airlines looks to spice up its fleet with the addition of ‘seagliders’.  Boston-based aerospace and maritime company…