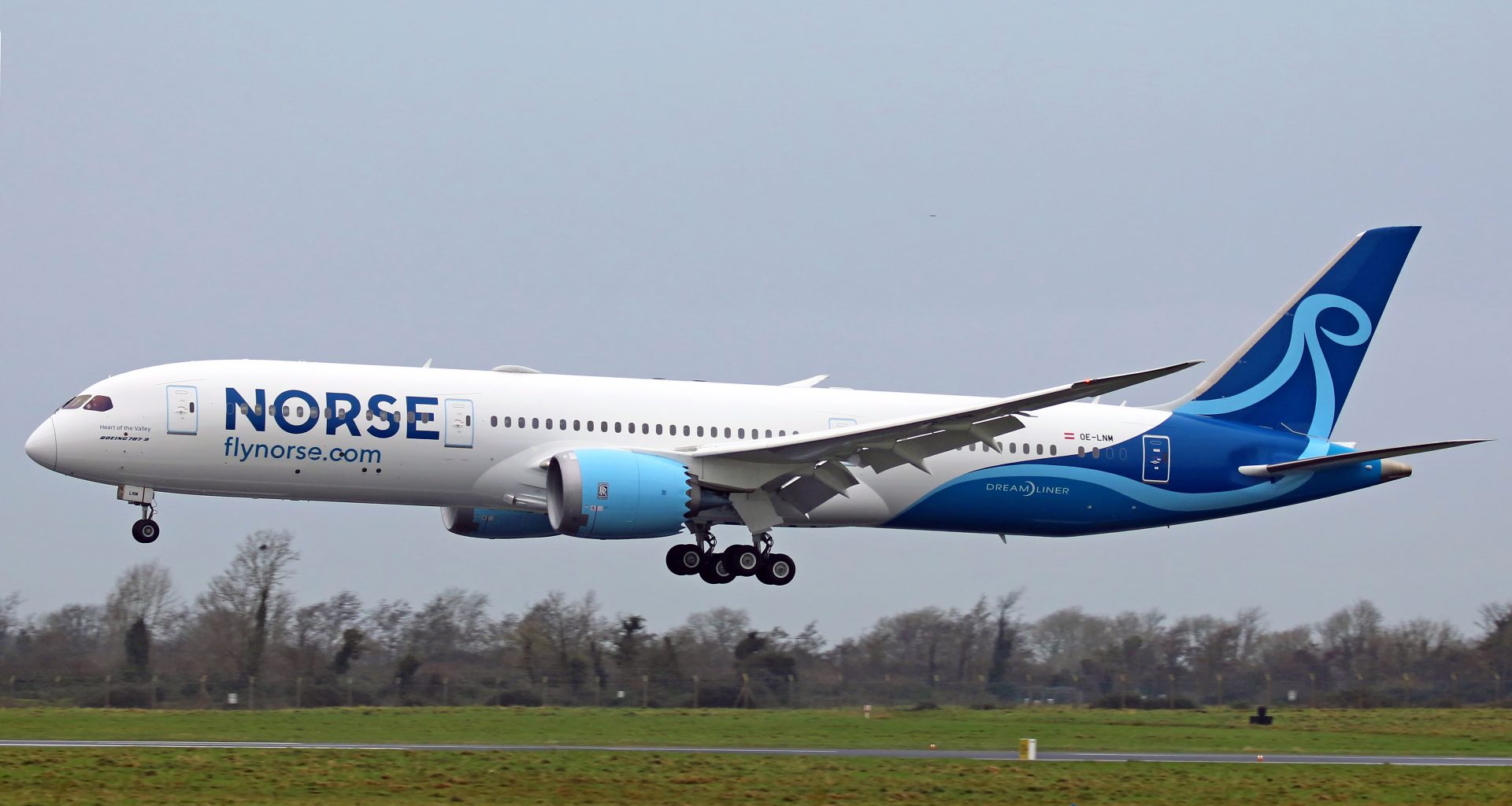 Norway’s new airline Norse Atlantic introduced their third route to the US from Germany. Starting December 7th, flights from Berlin’s Brandenburg Airport (BER) to Florida’s Fort Lauderdale-Hollywood airport (FLL) will be in operation.

The Boeing 787 Dreamliner is affectionately called a ‘Longship’ by those at Norse Atlantic in reference to the Norsemen and Norsewomen who explored the world generations before.

The Longship model is equipped with a range of new innovations to create a greener, quieter and more comfortable flying experience – noise reducing chevrons, larger windows, and a new slimmer body compared to its predecessor the 767.

Travellers can enjoy this aircraft to their destinations with Norse Atlantic, with direct flights to the US – flights to New York and Los Angeles also provided by the airlines.

“We are very pleased to now be able to welcome customers from across Germany on board our state-of-the-art Boeing 787 Dreamliners to New York and Los Angeles. With the addition of our Fort Lauderdale route commencing in December we will be the largest long haul carrier operating out of Berlin. Our affordable fares will boost transatlantic travel between Europe and the US benefitting local economies on both sides of the Atlantic.”

Fort Lauderdale: The Venice of America

Fort Lauderdale is best known for its beaches and abundance of culture, to which many have referred to as the ‘Venice of America’.

Visitors can take water taxis through the city on their way to restaurants, theatres or even just to enjoy the scenic views of the 400km expanse of water that intertwines the mainland.

Direct flights with Norse Atlantic from BER to FLL commence from 7th December, with tickets starting at €228 available through their website.

This new connection to the US allows passengers from Germany to fly to destinations overseas at an affordable price. Brandenburg Airport’s Chief Operating Officer, Thomas Hoff Andersson, enthused about the airport’s newest partnership with the airline said in a recent statement:

“It makes us very proud the airline picked our airport and will be the largest long haul carrier in the capital region of Germany right from the start. This not only demonstrates the ambitions of Norse Atlantic Airways it also shows that Berlin Brandenburg Airport is a highly attractive destination for transatlantic connections. The flights from BER to New York, Los Angeles and Fort Lauderdale will contribute to a strong transatlantic partnership and cultural exchange between Germany and the US while providing a boost to the economic prosperity of both countries.”

A Budding Partnership Opens The World Up to Germany

Back in July, Norse Atlantic announced a partnership alongside easyJet, Norwegian and Spirit airlines to create connecting flights to a range of European destinations. This included destinations to the US such as Las Vegas and Nashville. Sarah Hanan, the Commercial Director at Dohop said:

“We’re thrilled to have a new, innovative, and forward-thinking transatlantic carrier such as Norse Atlantic Airways among our platform hosts. This new platform will enable Norse Atlantic Airways to easily build new partnerships with airlines across the world, facilitate growth and new commercial opportunities, and offer complex itineraries across Europe and North America to their passengers.”

What do you think of Norse Airlines making their third direct route to Fort Lauderdale? Let us know in the comments below!

Emirates to stop all flights to Nigeria from September

Read Article
With the end of US and Australian travel bans and the holiday season fast approaching, transatlantic travel is…
Read Article
Ryanair saw year-on-year passenger numbers for December fall by 83%, according to figures released by the company on…