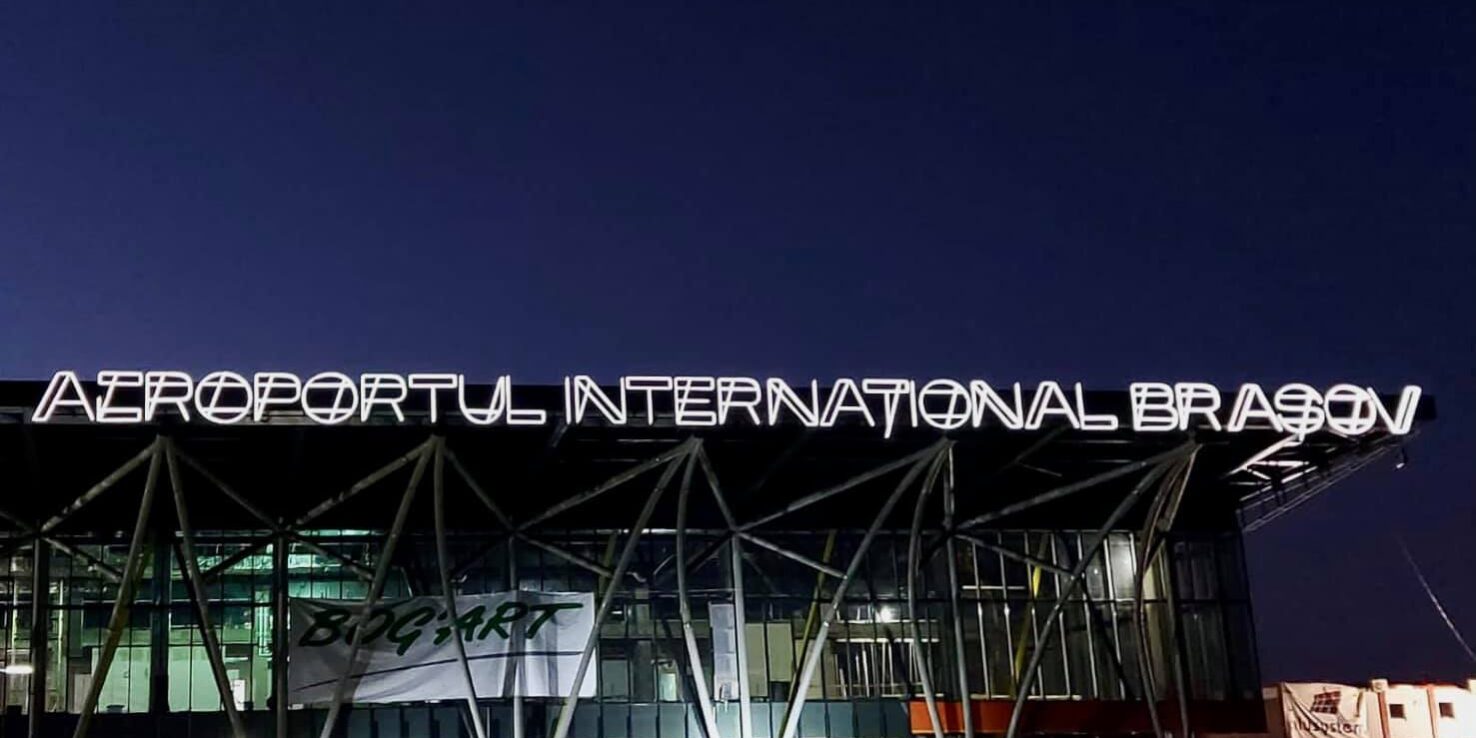 Brașov International Airport, the newest airport in Romania built since the communist era will become operational in June 2023, according to local media outlet G4Media.ro. Initially, it was meant to start operating this month, however one of the reasons cited for this delay is the delivery of radio navigation equipment being late. It is expected that up to 300,000 passengers will use the airport’s services in the first year of its opening.

Some short information about Brașov

Brașov is the most visited city in Romania, as there are a lot of tourist attractions in the city itself as well as nearby. One of the most famous landmarks to visit is Dracula’s Castle in Bran, situated just 2o miles away from the city. Since Brașov had no operational airport until now, visitors flying in Romania had to drive or take a train from the nearest cities with airports, Bucharest and Sibiu, both located around two and a half hours away.

Technical details about the airport include the runway length and width, which measure around 2820m and 45m. This runway will be able to accommodate any type of common aircraft except the Airbus A380. It is also expected that a railway connection will be built to connect the city with the terminal. The opening of the new International Airport is expected to boost tourism from Europe as many people plan to visit the Transylvanian city. Of course, since the process of finishing the airport is almost completed, airline companies are now looking to establish new routes to and from Romania’s most visited city.

What will be the main destinations flying from Brașov?

One of the main airlines looking forward to the opening of the airport is Romania’s flag carrier, TAROM. The company plans to link the rest of the Romanian cities with Brașov and is also considering creating a route between Brașov and the capital city, Bucharest. Such a flight has stirred controversy in the country due to its supposed flight time of around 40 minutes. Although, this route could prove to be a good alternative due to the heavy traffic between the two cities that can make a regular two-and-a-half-hour trip last around at least four hours.

More destinations linked up to Brașov may include popular European ones, such as cities in Italy, Spain and the United Kingdom. Cities in Germany are expected to be highly present due to the German ethnic background of the region and also because of the large number of German companies operating in the surrounding area. With WizzAir having recently increased flights to Romania, we might see the low-cost airline create routes to Brașov. Recently, popular holiday destinations in Turkey and Egypt have been announced to start operating as soon as the airport opens, says the director of the airport, Alexandru Anghel.

Another particularly interesting place that may become linked to the Transylvanian city is Tel Aviv. It is speculated that there is a fair amount of interest from both countries, as plenty of Israeli tourists visit the central region of Romania and many locals tend to spend their holidays in Israel and visit religious sites. Also, Chisinau, the capital of Republic of Moldova, is rumoured to gain a new route towards Romania.

Currently, due to the status of ongoing work at Brașov International Airport, no flights have been confirmed. However, it is expected that airline companies will start announcing the destinations as soon as the beginning of 2023.

Are you planning to fly from or to Brașov? Let us know in the comments down below!