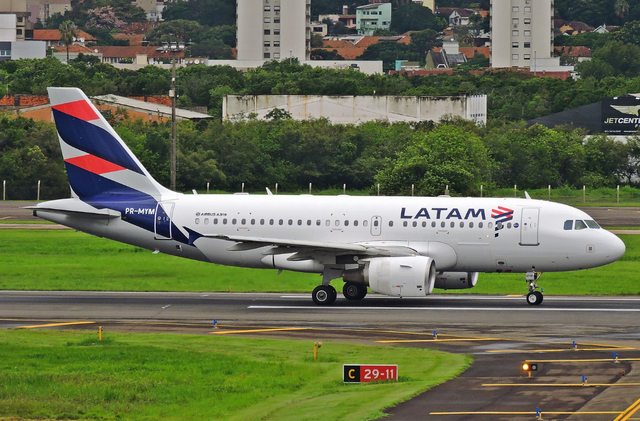 On Friday afternoon, a LATAM aircraft crashed into an emergency vehicle truck whilst taking off from Chavez de Lima airport in Peru, Lima.

A LA2213 aircraft was taking off from Lima to Juliaca when it collided with a fire engine vehicle. The tragic incident resulted in the plane getting caught on fire and producing smoke as the pilot forced the aircraft into a halt position. It has not been revealed why the fire brigade was on the plane runway at the time of the plane’s departure as the fire emergency departments services were not needed at the time. At present, the prosecutors’ office has stated that there is an investigation in place to delve into this matter further as ‘potential manslaughter.’

The incident was captured on video and posted on social media.

Though none of the passengers were included in the fatalities as a result of the crash, according to Peru’s Health Ministry, a total of 2o passengers that were on board were injured and two of them are currently in critical condition. However, two firefighters that were present in the fire brigade vehicle lost their lives due to the accident.

Peru’s president Pedro Castillo has since released a statement and paid his respects to the two victims’ families.

“I express my heartfelt condolences to the relatives of Ángel Torres and Nicolás Santa Gadea, brave firefighters who died in the accident,” he wrote on Twitter. My thoughts and my prayers are with them. I pray for the recovery of the wounded.”

Not the only incident?

This is not the only crash that has hit the aviation industry in South America recently as a helicopter crash was reported to have taken place in Mexico this week. The state government has announced that a total of five individuals including the Mexican public security minister Porfirio Javier Sanchez Mendoza. Though this is not an airline aircraft, two accidents taking place within the same week have been a tragedy for the continent.

Have you used LATAM Airlines recently? Share your thoughts in the comments below.

Read Article
The coronavirus has been tough on the aviation industry. Several airlines are going or have gone bankrupt. There…
Read Article
Ryanair saw year-on-year passenger numbers for December fall by 83%, according to figures released by the company on…