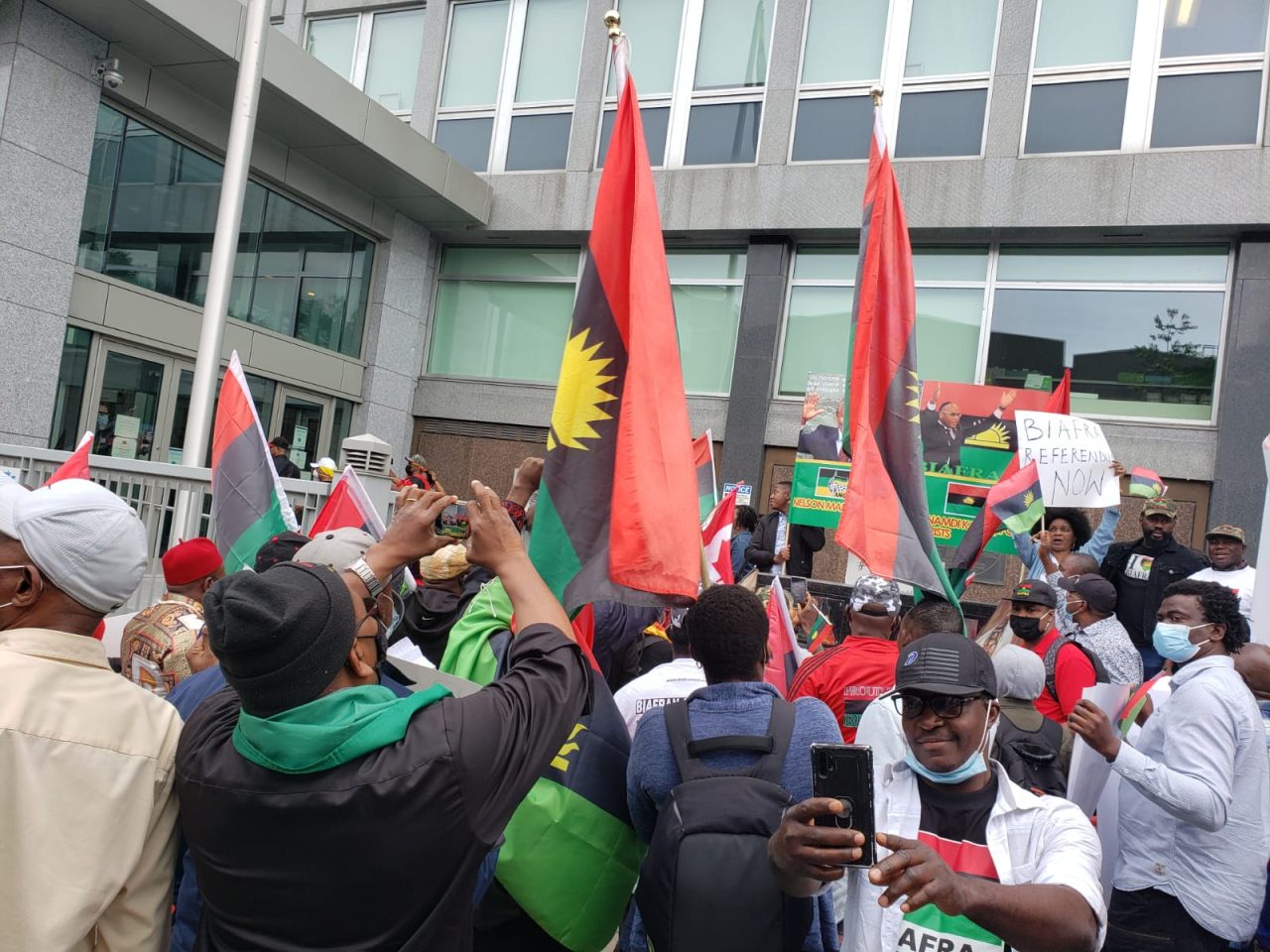 Igbo citizens in danger due to Abductions at Lagos Airports

Igbo citizens travelling between the Lagos and Abuja International Airports in Nigeria are being racially profiled and unlawfully detained as a result of The Indigenous People of Biafra (IPOB) movement.

The current spike in bandit abductions has caused IPOB to speak up and put an end to the mass killings and abduction of Igbo citizens and innocent people. Nigeria’s state security services and Immigration led by Fulanis have illegally arrested victims who are now unable to be reached by anxious families and lawyers.

On Wednesday, a statement was released by the spokesperson of IPOB, Comrade Emma Powerful, which states:

“Nigerian security agents have taken it as a duty to humiliate Biafrans, who are departing or arriving these international airports, because of the agitation for Biafra referendum project.”

“How can an entire ethnic group be discriminated and stereotyped against by the Nigeria State because they want to exit from the terrorists-infested country? Every Biafran is an Indigenous Person of Biafra but not all Biafrans are IPOB family members. IPOB agitation for the Independent State of Biafra is legal and supported by International and Nigeria laws,”

Igbo Citizens fight for the freedom to travel without fear

The Indigenous People of Biafra (IPOB) of Nigeria are a separatist group. Its major goal is to arrange a referendum on its independence so that Biafra can once again be recognised as a separate state in Nigeria’s Old Eastern Region. However, the Federal High Court in Abuja has continued to postpone the case, denying Igbo citizens and the rest of the Nigerian community the chance to voice their opinions through voting.

Nigerians are weary of the stagnation and lack of improvement in flight safety, which continues to increase their uneasiness and fear of flying. Parents are now confronted with the devastating news that their children have gone missing and, in some cases, are dead, as opposed to anticipating their children to return home with tales of their travels.

This is Absolutely Unacceptable! #Nigeria & its Corrupt Security Operatives have been Abducting & Killing Igbo-Biafrans Since 2017. A lot of Families in Igboland Have lost Their Children At Murtala Mohammed & Abuja Airports. The Nigerian Police & DSS Should be held Responsible! https://t.co/bsXVdcyyzr

IPOB is now urgently seeking help from the International community from Western countries in the world, such as the US and UK governments, to press the Nigerian Government led by President Muhammadu Buhari to end the harassment of Igbo citizens.

“The International Community should prevail on Nigeria’s Fulani controlled Government to set referendum date for Biafrans to decide their fate in Nigeria. Referendum is the only democratic process approved by UN for people to make their political decision.”

How many more families must lose their children before travel safety in Nigeria is given the attention it deserves? Let us know your thoughts in the comments below

Read Article
While the commercial aviation industry is slowly trying to recover from the difficulties faced during the pandemic, demand…
Read Article
The world’s best airports for 2022 have been revealed by Skytrax amongst other award-winning categories. The pandemic impacted…