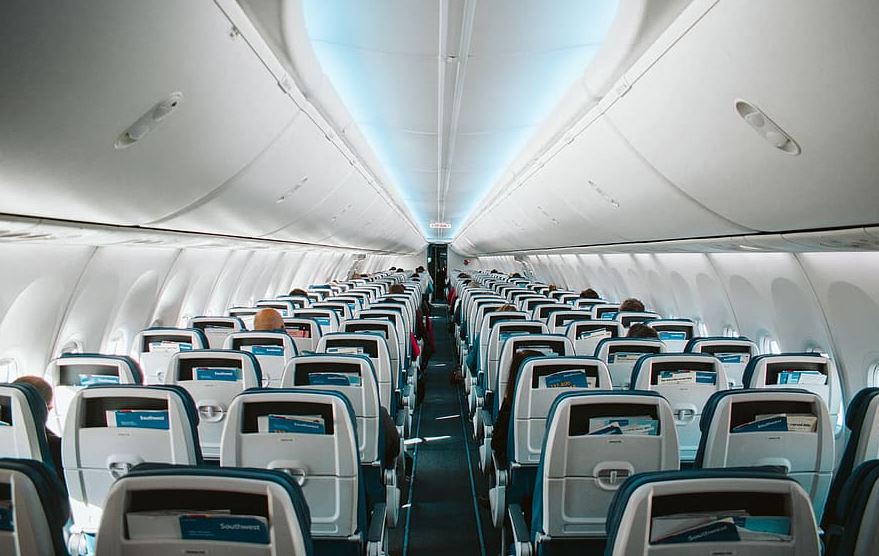 Home Heavy Increase in ‘Ghost Flights’ Is Damaging Our Climate

Heavy Increase in ‘Ghost Flights’ Is Damaging Our Climate

Almost 15,000 “ghost flights”, aircraft with either no or less than 10% passenger capacity, are found to have a damaging environmental impact.

They have the potential to produce the same amount of emissions as 1.4 million cars on the roads across the UK.

Looking into the staggering figures

When the rapid emergence of the COVID-19 pandemic forced the world into lockdown, the aviation industry came to an abrupt pause. Airlines virtually seized operations as countries across the globe shut their borders.

However, during that period of lockdown and COVID-related social restrictions, figures from the Civil Aviation Authority show that almost 15,000 ghost flights departed from UK airports between March 2020 and September 2021.

A freedom of information request revealed that an extra 500 “ghost flights” per month took off from October and December of last year.

It was found that major UK airports such as London Heathrow, Aberdeen, Manchester, London Stansted and Norwich were the top five airports for the so-called ghost flights.

The figures from the Civil Aviation Authority only included international flights that left the UK, not arrivals or domestic flights within the UK. Therefore, the number of ghost flights that took to the skies during 2021 could be much higher.

Normally, post-COVID, ghost flights are carried out strategically by airlines so they can keep to their landing slots at airports and adhere to the 80/20 rule. The rule requires airlines to use 80% of their take-off and landing slots at European airports or face losing them to a competitor the following year.

In light of the pandemic, European countries debated the relevance of maintaining the rule. The pandemic, even post lockdown, caused a dramatic dip in the number of European flight bookings made, making it considerably difficult for airlines to adhere to the 80/20 rule. In the UK, the Government suspended the rule. In October 2021, it was reintroduced at a lower 50/50 and eventually increased to 70/30.

In January 2022, an analysis from independent campaigning network and pressure group Greenpeace warned that more than 100,000 ghost flights from Europe will be responsible for climate and environmental damage “equivalent to the yearly emissions of more than 1.4 million cars”.

Flight Free UK, is an organisation committed to informing and improving aviation’s impact on the environment. They have recently put up a parliamentary petition which demands a ban on ghost flights. Anna Hughes, its director, spoke on the severity of the matter:

At a time of climate emergency we need to be drastically reducing our use of fossil fuel, not burning it in empty planes.

In an interview, last December, Lufthansa CEO Carsten Spohr warned that the German flag carrier was facing the prospect of 18,000 “unnecessary” ghost flights over the winter season in order to retain its take-off and landing slots across Europe.

Greenpeace calculated that as Lufthansa’s air traffic accounts for 17% of the entire European aviation market, the complete total of Europe’s ghost flights would produce a staggering 2.1 million tonnes of CO2.

Lufthansa stresses that it is simply doing its best to fill all its aircraft. A spokesperson, speaking to CNN, reiterated that “unnecessary” flights are not strictly ghost flights:

They are scheduled flights that are poorly booked due to the pandemic. Despite poor demand, Lufthansa Group Airlines must operate these flights to continue securing takeoff and landing rights at hubs and major EU airports.

The EU surely is in a climate emergency mode…https://t.co/eHLFrd06y0

A spokesperson for Greenpeace’s “European Mobility For All” campaign summarised the extent of the issue:

We’re in a climate crisis, and the transport sector has the fastest-growing emissions in the EU — pointless, polluting ‘ghost flights’ are just the tip of the iceberg [ … ] It would be irresponsible of the EU to not take the low-hanging fruit of ending ghost flights and banning short-haul flights where there’s a reasonable train connection.

In a time when the aviation industry appears to be interested in tackling its environmental impact by increasing sustainable practices and investing in new sustainable projects, it is considerably disheartening to realise the extent of the negative impact ghost flights cause.

Read More
Today Low Cost Carrier (LCC) Ryanair announced a new ticket agreement with Air Malta, which will allow Ryanair’s…
Read More
Climate change is all the rage at the moment, with governments making commitments and being put on the…