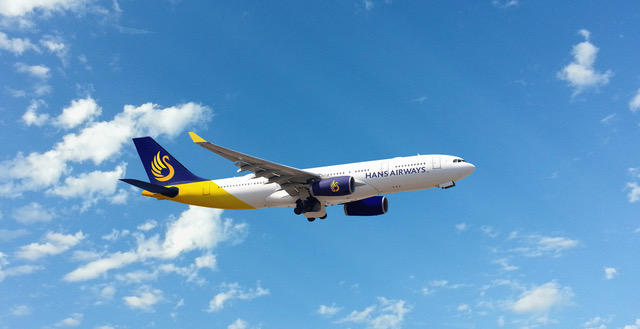 Hans Airways delightfully introduces and welcomes to their executive board Baroness Ushar Prashar, CBE, whilst preparing to start their scheduled flights.

As Hans Airways set themselves up to start their scheduled flights between Birmingham, UK and Amritsar, India, the UK’s newest long-haul hybrid airline confirms the designation of Baroness Ushar Prashar, CBE, to its Executive Board. The airline is honoured and excited to welcome Baroness Prashar as “she brings experience in the private sector and in public affairs and with her commitment to philanthropy work, and is a reverend and vocal advocate on education and societal issues”, said the airline’s CEO Satnam Saini. This addition fits concurrently with  Hans Airways’ Executive Board, as whilst the Board of Directors have profound experience in aviation, they also have a confident understanding of the needs of the core focus market.

Baroness Prashar is currently the Chair of the UK Federation of Indian Chambers of Commerce and Industry (FICCI) and chair of an educational charity called ‘Cumberland Lodge’ that initiates debates on the pivotal questions that society faces. Her previous roles include serving as a director or chair of a range of public and private sector organisations, to name a few: ITV Television, Nationwide Building Society and UNITE Group Plc.

Baroness Prashar’s “keen interest in aviation and connecting people” was one factor in her decision to join the airline. Nonetheless, she has stated that the “determining factor” to accept their invitation to join their Board is based on the business model that Hans Airways follows, which demonstrates it as a “true community airline”.

The addition of Baroness Prashar hopes to produce great results for Hans Airways as she “hopes to make a meaningful contribution to its success”.

Hans Airways is a privately-owned UK start-up airline founded in 2019; it has been classified as the UK’s newest hybrid, long-haul airline venture that prioritises the combination of great value fares and offers an inflight service of great and trusted quality. The airline provides two classes of cabin, one being “Anand”, the economy class, and the other being “Anand Plus”, the premium economy class. Anand offers a 31-inch seat pitch and 274 seats, whilst Anand Plus offers a 56-inch pitch and 24 seats. Altogether, Hans Airways will present complimentary inflight entertainment and catering.

Hans Airways tapped into a market where there was a high demand for frequent flights that assists the Indian diaspora of Europe and North America. Their regular flyer programme(HAPEEI) allows passengers to receive the usual benefits of being a member but additionally provides the opportunity to donate to children’s educational charities. The airline’s focus was at first on secondary routes between UK and India, but they have future long-term plans to venture out into other markets.

With the welcoming of Baroness Ushar Prashar, what do you think we should expect from Hans Airways in the coming years? Comment Below

Excitement as Emirates brings the A380 back to Perth