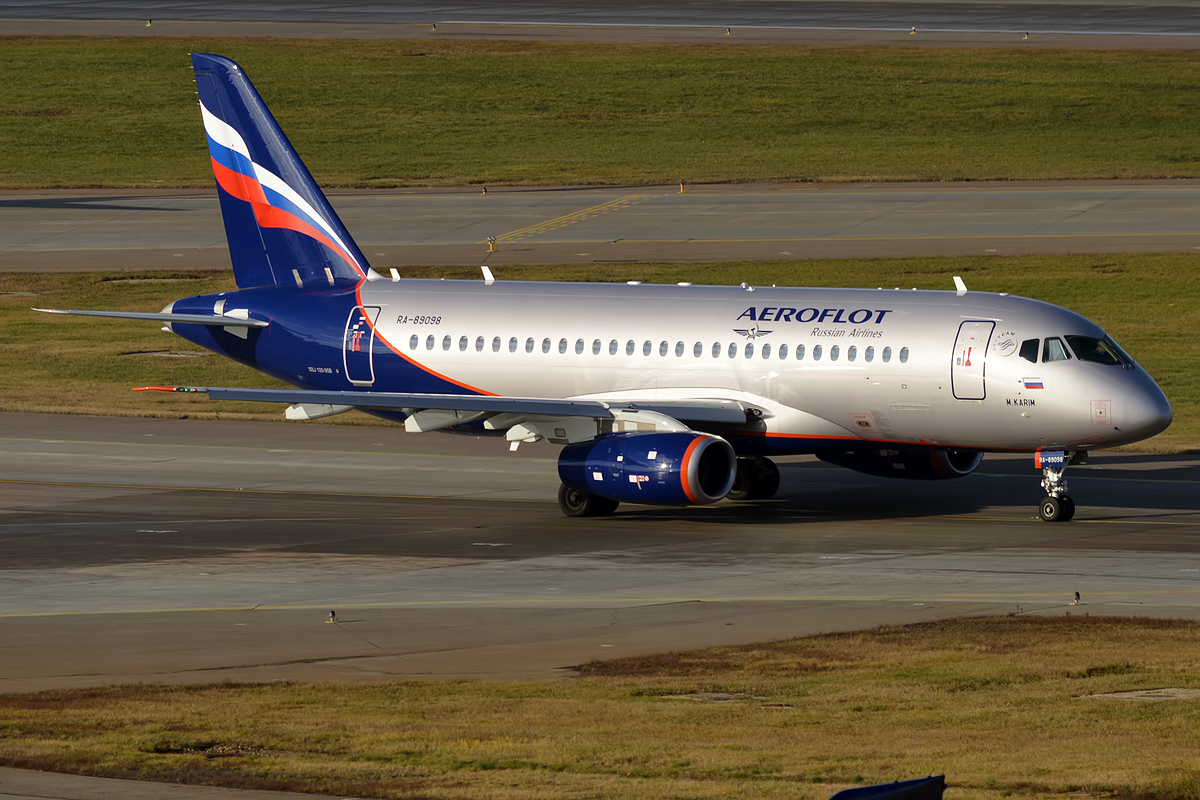 Home Half of Russia’s SSJ100 fleet could be grounded

Half of Russia’s SSJ100 fleet could be grounded

Russian airlines may be forced to ground their Sukhoi Superjet 100 fleets after troubles repairing the Russian-French engines.

When the EU bought in measures prohibiting aviation sales and services to Russia last month, it was expected that the country’s Boeing and Airbus fleet would suffer. It comes as a surprise then that Russia’s own Sukhoi SuperJet 100 (SSJ100) is the first to feel the force of the sanctions.

IrAero General Director Yuri Laplin sent a letter to the Governor of Irkutsk, warning him that airlines could no longer ensure the repair and maintenance of the SSJ100’s engines, owing to a lack of parts from France. The letter was received by the Russian news source RBC, who was able to confirm its authenticity.

The SSJ100’s SaM146 engines were designed by PowerJet, a collaboration between the French manufacturer Safran and the Russian firm UEC-Saturn. Consequently, some of the engine’s parts are repaired and manufactured in France. However, following the EU sanctions, PowerJet ceased its contracts with UEC-Saturn, and will no longer provide spare parts or maintenance services for Russian airlines.

This has left several Russian carriers in the lurch, as they are unable to carry out proper repairs to the engine on their own. IrAreo, which operates seven SSJ100s, is already short of four engines. Laplin says they cannot even retrieve paid replacement parts from the UEC-Saturn warehouse, as they belong to PowerJet. According to RBC, at least two other airlines have engines stuck in France after repairs.

An industry source told the Russian news site that if the problem of local manufacturing isn’t solved soon, the country could see over half its SSJ100 fleet grounded before the end of the year. And not because of important components like turbines, but rather “due to the lack of such mundane things as wheels and brakes, various sensors and valves,”

What now for Russia’s fleet?

Unlike Boeing and Airbus parts, which Russia has still managed to source from so-called “friendly” countries, the Sukhoi engine parts are only manufactured in France. Consequently, the only way the SSJ100 will continue to fly is if Russia is able to make part substitutions and repair the jets themselves.

Last month, Russian Minister of Industry and Trade Denis Manturov announced the acceleration of a project to create an SSJ100 that could be produced entirely locally. Once complete, the country would manufacture up to 40 of the jets each year. The Russian Superjet will use PD-8 engines and will need Russian substitutes for 27 other imported aircraft systems.

However, the first test flight is not scheduled until early 2023, and production won’t begin until 2024, so a more urgent solution is needed if they want to keep their current fleet in the air.

Do you think Russia will be able to localise SSJ100 production in time? Let us know your thoughts in the comments below!

CAA should be given "more teeth", UK MPs recommend

Commercial Electric Planes Are On The Horizon

Read More
UK flag carrier British Airways has become the first airline to use sustainable aviation fuel (SAF) on a…
Read More
The low-cost subsidiary of China Airlines, Tigerair Taiwan, is celebrating the delivery of the carrier’s first Airbus A320neo…