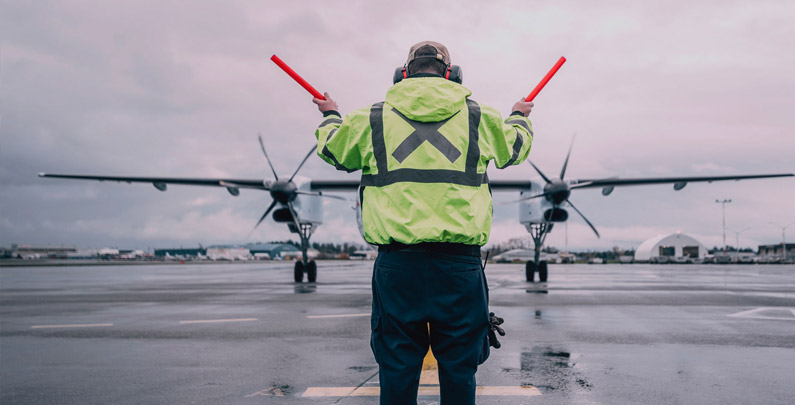 This week saw major actions occur for ground staff in airports across the globe. Staff at Lufthansa reached an agreement for better pay, however, those at Dnata are one step closer to taking industrial action.

Ground staff across airports globally have been subject to extreme and stressful working environments as the aviation industry takes off again. With labour shortages and threatened job security, disruptions are occurring daily with no end in sight. The pressures are taking a toll on staff, a threat to organisations to consider what a further decreasing labour force could look like.

Lufthansa has reached an agreement with the trade union ver.di for significant pay increases for ground staff.

Michael Niggemann, Member of the Executive Board Chief Officer Human Resources at Deutsche Lufthansa AG, is pleased to have found a solution that will positively impact Lufthana’s employees.

“In view of the continuing high burdens caused by the pandemic and the uncertain economic situation, we have spread the increase in compensation over several stages and created longer-term planning certainty through an 18-month term.”

The agreement comes after the third round of price negotiations between Lufthansa and ver.di.  The pay rises will hopefully decrease further walkouts and disputes during what’s currently a busy travel season for the German airline, after last week saw 1000 flights cancelled due to strikes.

However, not all ground staff globally are being subject to increasing pay and better working conditions.

Dnata, one of the world’s largest air service providers, has received approval from the Fair Work Commission to progress with an industrial action vote. Ground staff applied for action on the basis of being over worked, job security and pay cuts.

During an interview with the Today Show, Andrew David, Chief Executive Officer of Qantas Domestic and International expressed his dismay for the planned actions.

“We don’t use Dnata in our domestic airports. It will obviously affect the international airports. It’s not good at all.”

Australian airports could be subject to more delays and flight cancellations, adding to the continued stress seen within the aviation industry. With lengthy passenger delays and baggage continuing to be lost, anger and frustration is seen to be drowning out the relief of open borders and freer travel after the impact of the pandemic.

It has become more evident than ever as to the impact ground staff have throughout airports globally, playing a key role in the delivery of services in the aviation sector. There is an increasing amount of job fairs to fill the labour shortages, however, it will not last if the issues faced by current staff are not addressed.

Do you think ground staff are being subject to unfair conditions? Let us know in the comments below!

Assistant Editor - A little about me coming soon!

Read Article
Brussels Airlines pilots have issued an indefinite strike notice through the unions that represent them. The strike will…
Read Article
Etihad Airways announces flights to Guangzhou from Abu Dhabi, making it the only UAE carrier linking the two…