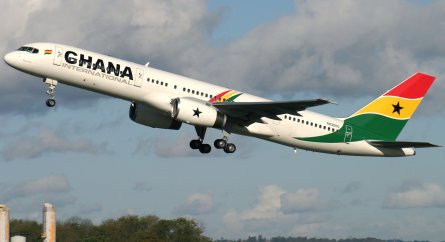 Ghana is gearing up to announce a new flag carrier

After more than a decade without a flag carrier, Ghana is much closer to establishing a new carrier to represent the West African country.

The government is in the final stages and shall reveal the name of its new avionic partner by the end of July 2022, according to AviationGhana.

About time! But why does Ghana not have a flag carrier currently?

Ghana’s previous flag carriers collapsed, leaving the country without one for 12 years.

Ghana Airways was Ghana’s flagship airline from July 1958 after being founded by the government. The airline ceased operations in 2004 because as demand for flying increased, Ghana Airways was overstaffed, inefficiently run, struggling with debt, and at the end unable to compete with newer more efficient carriers, particularly private carriers.

Ghana International Airlines was Ghana’s flagship airline between 2005 and 2010. The carrier, whereby the Ghanaian government-owned 70%, suspended operations in May 2010.

For one reason or another, Ghana was unable to keep hold of a constant and reliable carrier to serve as its flagship. But finally, the Ghanaian government is due to launch a flagship carrier that will – hopefully – last the test of time.

A committee formed by Ghana’s Minister for Transport Kweku Ofori Asiamah is overseeing the selection process for the new partner.

As part of the effort to establish a flag carrier in Ghana, four airline companies were recognised as potentially suitable matches. These airlines were Ashanti Airlines, EgyptAir, Ethiopian Airlines, and financial firm JHN Group.

Ashanti Airlines has recently announced plans to start operations in Ghana after receiving its Air Operators Certificate from the Ghana Civil Aviation Authority. The airline is owned by Ghanaian business moguls Osei Kwame Despite and Dr. Ernest Ofori Sarpong.

EgyptAir is the state-owned flag carrier of Egypt and operates from Cairo International Airport. Ethiopian Airlines is also state-owned and is Ethiopia’s flag carrier. The mildly elusive JNH Group is a Ghanaian management consultancy firm and brokerage.

Could Ghana have had an active flag carrier sooner?

Recent years have seen other promising signs of a resurgence of Ghana’s flagship but they have all fallen apart.

This news comes as previous years saw the likes of Ethiopian Airlines in serious contention to establish and launch Ghana’s next flag carrier. In 2018, the Addis-Ababa-based carrier was selected by Ghana’s Ministry of Transport. A Memorandum of Understanding (MoU) was signed between the Ghanaian government and Ethiopian Airlines in December 2018 and a strategic partnership agreement in May 2019.

However, the partnership fell apart before it could grow any further when disputes surrounding key issues (such as flight routes, frequencies, financing, and management tenures) arose and caused an unproductive tension between the Ghanaian government and Ethiopian Airlines.

Ghana’s government then signed an MoU with EgyptAir in October 2020. This was subject to parliamentary approval from the government and as nothing materialised from these proceedings, it is reasonable to assume approval was not granted.

Thankfully, it seems as if the progress being made now has gone beyond previous attempts. Before the end of the year, Ghana could have a flag carrier once again.

Read Article
The future of the Airbus A380 is once again up for debate. Following a dramatic drop in passenger…
Read Article
After winning the title of “best airport,” Hamad International Airport (HIA) wants to become an artistic airport. This…