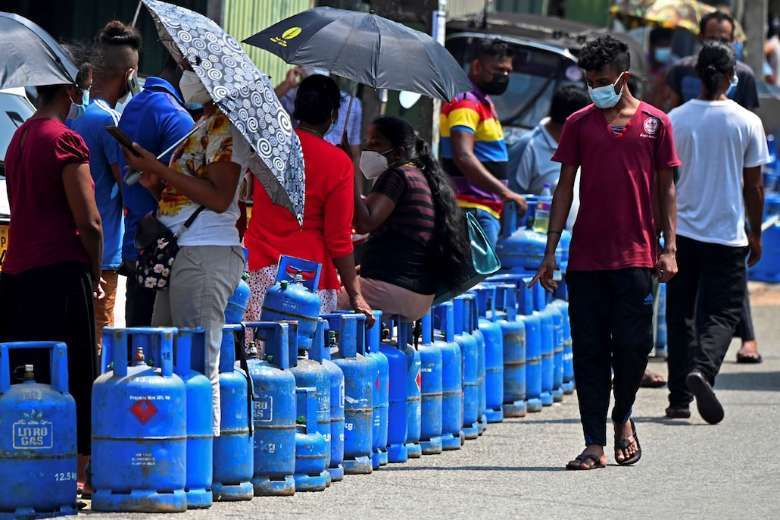 Sri Lanka’s ongoing fuel shortage has caused an additional four international flights to stopover at Thiruvananthapuram airport for refuelling on Saturday. Since May 27, 208 flights have been refilled, with 130 of these being operated by Sri Lankan Airlines.

7/Soon, for many Sri Lankans, food and fuel were either impossible to find or too expensive to buy. The country was moving from a debt crisis to an all-out economic collapse. Daily life was upended with rolling power cuts, people waiting in lines for hours to buy fuel and

Sri Lanka’s worst economic crisis since gaining independence in 1948 started to intensify in the early months of 2019. This has had a negative impact on the country’s residents, who are now required to wait in long queues that spiral for kilometres to buy fuel and cooking gas.

According to The Print, Ushki, a resident who was in line to get his car refuelled had said

Three kinds of income have consistently been crucial to Sri Lanka’s economy: tourism, international payments, and resource exports.  The nation, which is marketed as a tropical paradise, has long fascinated tourists and explorers.

According to Air University, ‘In 2019 it welcomed two million tourists, earning more than USD 4 billion in foreign exchange.’

However, the impact of its fuel situation and the lingering effects of Covid-19 may severely damage an important source of income that Sri Lanka can not afford to lose due to the increasing number of flights that are having to be stopped for fuel.

The impact of the conflict in Ukraine has led to an increase in fuel prices, with Sri Lanka jumping from spending USD 330 million on types of fuels in December 2019 to now spending more than USD 500 million per month on gas.

This has directly resulted in longer power cuts and enforced fuel quotas from the government. The impact of high gasoline prices on aviation has not only been seen in Sri Lanka but also globally, as evidenced by Australia’s reduction in domestic flights earlier this year.  Is it time to discover another energy source to power these planes given the spiralling global fuel prices?

“We’ve asked airlines to carry the required fuel while operating to Sri Lanka, because there is a shortage of aviation fuel, and we have to manage the situation.”

Fuel shortage meant fewer work hours and that meant low pay (they couldn't meet targets). At a time when food and fuel prices are skyrocketing, the crisis has meant just one meal a day for the women who help Sri Lanka bring in foreign exchange earnings. https://t.co/iNPBDnDUxl

Rash TV Pakistan reports that at least three Sri Lankan residents passed away earlier this year from weariness as a result of standing in line, with two of them being older men in their 70s. In addition, according to The Guardian, a two-year-old girl died because her family was unable to transport her to the hospital because they ran out of fuel.

Not only are the conditions that locals must adapt to upsetting, but they are also pushing them to resort to starvation due to the prolonged hours for fuel and living in their cars. The lack of assurance from the government and uncertainty over whether they will be able to purchase enough fuel to support their family has caused continual pressure and anxiety.

Instead of spending precious time with loved ones, residents are trapped in a cycle of waiting at the service station for their gas or working extra jobs to afford these fuel prices.

Let us know your thoughts in the comments below!

Read Article
Turbulence is typically an uncomfortable, nerve-wracking but harmless experience on board a flight. But last Wednesday, a regional…
Read Article
The largest UAE and Gulf carriers have been preparing accordingly ahead of the heavy increase in demand over…