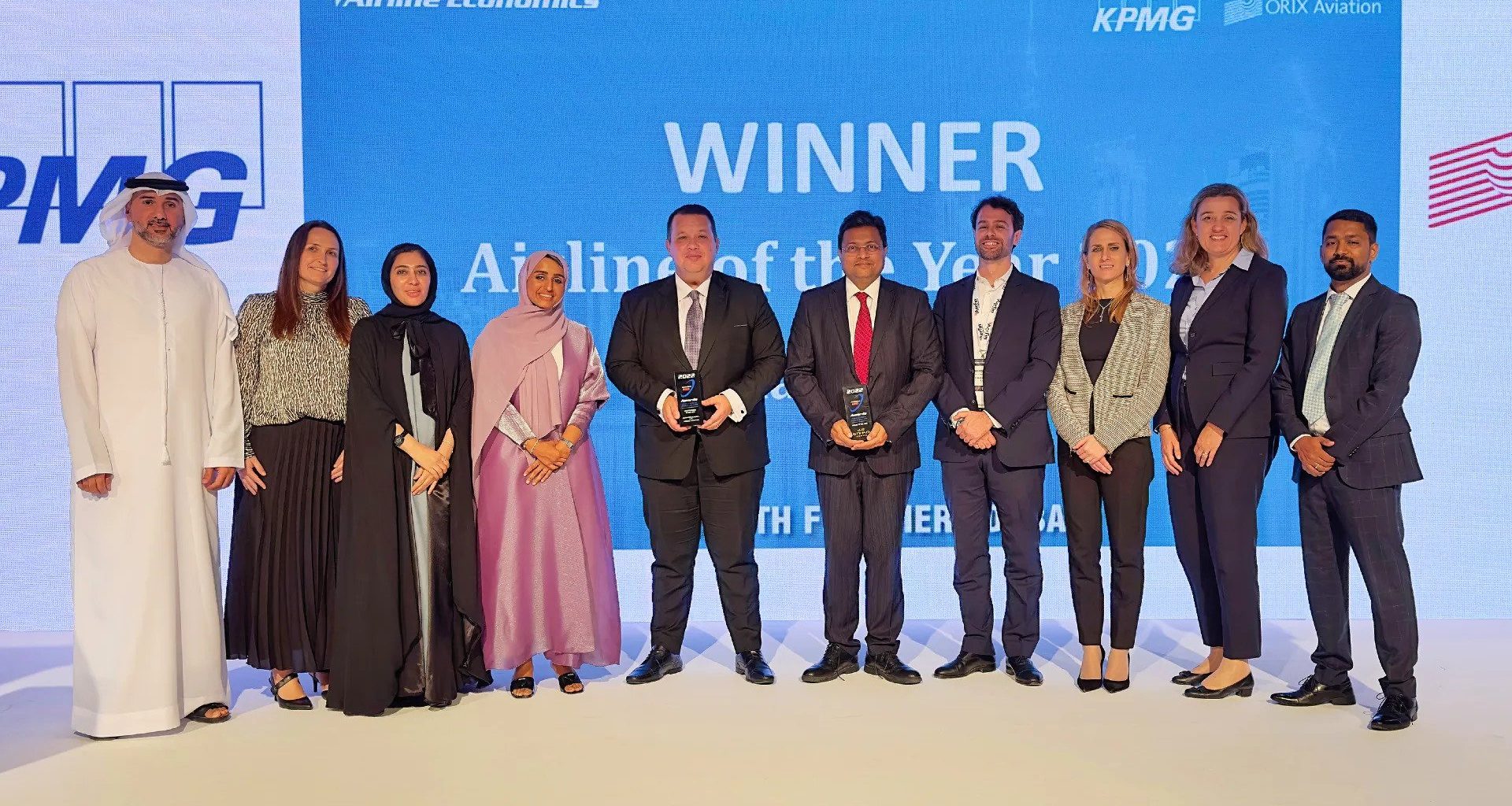 Congratulations are in order as Abu Dhabi’s Etihad Airways claim awards of the highest honour at the 2022 Airline Economics Middle East, Africa & Islamic Aviation 100 awards. Of the titles awarded last night, Etihad was declared Airline of the Year, and the Chief Financial Officer, Adam Boukadida, was named Middle-East & Africa CFO of the year.

Night of Nights: Etihad Airways Claim Awards at Prestigious Evening, Including Airline of the Year

With the airline’s most notable accolades being to do with its contributions toward a more sustainable future (they were named Environmental Airline of the Year at this year’s Airline Excellence Awards), it truly appears to be a good year for Etihad.

The Airline of the Year award is given to airlines that show innovation and transformation in their financing, specifically in the area of sustainability. Within the first half of 2022, Etihad recorded a core operating profit of US$296 million and the company’s earnings before interest, taxes, depreciation and amortization (EBITDA, for short) within the same period illustrated how profitable Etihad was.

For an airline that is just shy of 20 years old, the achievements made by the team have not gone unnoticed.

“We’re incredibly proud to be named Airline of the Year by Airline Economics, which comes just before our 19th birthday at Etihad Airways. This award goes to our entire organisation and stands as a testament to the success of our transformation, in which every member of the Etihad family played an important role.” – Adam Boukadida, CFO at Etihad Airways

It’s All About Sustainability

Many of the goals set by the airline to perform flights with reduced carbon emissions are sectioned clearly on their website. From acts such as reducing single-use plastics onboard to measuring the exact amount of water needed on every flight before take-off, it is refreshing to see airlines dedicated to the growing crisis of climate change. So, as Etihad Airways claim awards for its efforts in sustainability, the future looks all the brighter for the young airline and the environment.

Have you ever flown with Etihad Airways? If so, let us know your experience in the comments!

Read Article
The C919, China’s first homemade large commercial jet airliner, obtained its type certificate, marking its 14 years of…
Read Article
As we know, due to the fact that Russian airspace is off-limits for many airlines, they are having…