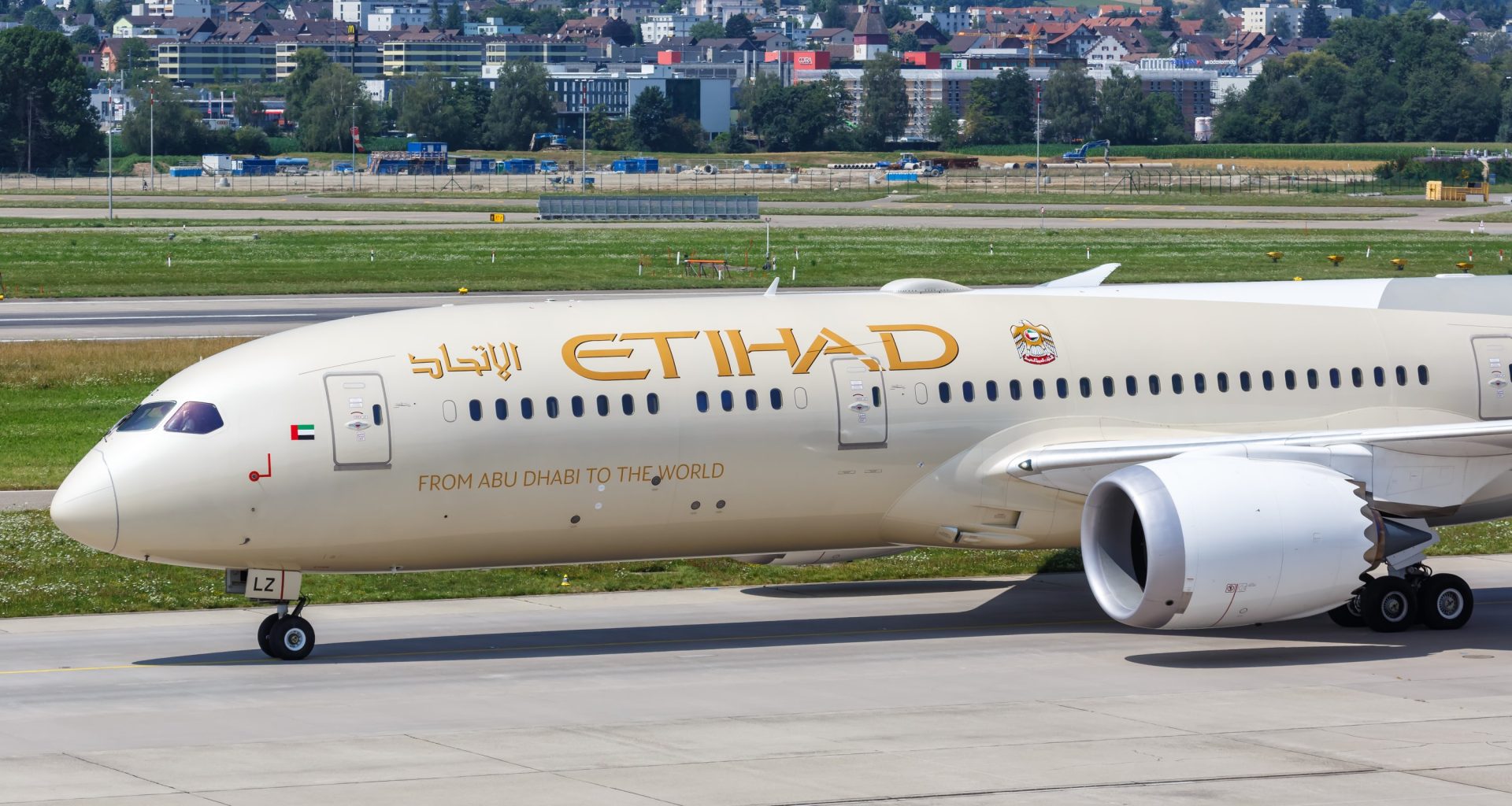 Etihad Airways announces flights to Guangzhou from Abu Dhabi, making it the only UAE carrier linking the two cities.

October 9th, 2022 was the day Etihad Airways launched the new route from Abu Dhabi to Guangzhou. The UAE carrier deployed one of its Boeing 787 for the launch; however, the airline stated that the aircraft would not be a standard option in the near future to operate this route.

Etihad Airways announced its interest in becoming the only airline to operate non-stop flights between Abu Dhabi and Guangzhou. The carrier had talked on September 12th about the new route, and they scheduled the launch date for October 10th.

The inaugural flight, EY868, departed Abu Dhabi International (AUH) AT 23:39 local time; it had been scheduled earlier to depart at 23:00. The aircraft touched down at Guangzhou Baiyun International (CAN) AT 10:46, 21 minutes late after its scheduled arrival at 10:25 in the morning.

The UAE carrier had its Boeing 787-9 Dreamliner operate on the first flight. The carrier’s website confirmed that two-class Boeing 777-300ERs would be deployed instead. However, the 789-9 will be used again, starting from December 2nd.

Etihad has planned to operate two flights a week between the two cities. UAE-bound flights will depart Guangzhou on Wednesdays and Sundays. These flights will depart at 18:40 local time and have a scheduled time of eight hours which will see the flight arrive in Abu Dhabi at 22:40.

“We are grateful for the support from both governments, business partners and our Etihad team.”

The first new route to China for Etihad in a decade

Etihad’s CEO added that the launch of the new route strengthens the airline’s commitment to serving the Chinese market.

He further explains that it is the first time in a decade that Etihad has launched a new route to China.

“Guangzhou is actually the latest destination to be opened in China by Etihad since the launch of the Abu Dhabi-Shanghai route in 2012. It will continue to help create a strong air bridge for commerce and cultural exchanges between China and the UAE.”

There is a considerable level of importance in launching the new non-stop services. Etihad will be the first airline to operate flights to all of Shanghai, Beijing, and Guangzhou since the pandemic started. The three cities are China’s largest gateways, and Etihad using these routes is a clue they have been committing for a long time.

Issa Rae Teams Up With Delta At LA Fashion Week

Airlines Are Back in Business

Read Article
Earlier this week, Sri Lanka’s newest airline took to the skies on its inaugural international flight to Dubai.…
Read Article
Extreme weather at Doha has pushed a parked Qatar Airways 787 into an A350 at 15h30 local time…