There is no doubt that COVID-19 has transformed the airline industry. The global pandemic altered route networks, shifted travel demand levels and reshaped demand for different aircraft. For example, many airlines have retired less-efficient aircraft, as they gravitate closer to newer, more cost-effective aircraft. As a result, one of the major aircraft manufacturers – Embraer, based in São Paulo – officially announced its 10-year market outlook plan to accommodate the new, emerging trend in aircraft demand.

The Brazilian aircraft manufacturer’s report includes major factors contributing to the shifting trends, which are necessary to take into account. In addition, the driving forces that will influence growth include fleet resizing, regionalization, passenger behaviour and environment.

“Our forecast reflects some of the trends we’re already seeing – the early retirement of older and less efficient aircraft, a preference for more profitable smaller airplanes to match weaker demand, and the growing importance of domestic and regional airline networks in the restoration of air service. Aircraft with up to 150 seats will be instrumental in how quickly our industry recovers,” Meijer added.

Embraer forecasts global passenger traffic will return to pre-COVID 19 levels by 2024. However, it will remain 19 per cent below its original forecast for the decade through 2029. Additionally, the Brazilian aircraft manufacturer expects to deliver 4,420 new jets.  Furthermore, 75 per cent of them replace ageing aircraft and the remaining 25 per cent expands the market. 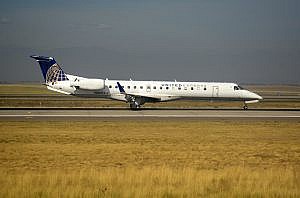 In addition, Embraer has its more recent and newer E-Jet E2 aircraft variants, the E175 E2, E190 E2 and E195 E2, with a more enhanced and efficiently designed flight deck and engines. Finally, Embraer has its ERJ aircraft family, featuring the ERJ 135, 140 and 145 for the airlines’ shorter routes.

Embraer’s recent partnership with Energias de Portugal ( EDP) Brazil to develop aircraft electrification will further establish the significance of the regional, narrow-body E-Jet Family. The Brazilian aerospace company has the opportunity to enhance its commercial aircraft. Moreover, the new aircraft can be more energy-efficient and environmentally friendly while minimizing costs.

Of course, while its brand new 10-year market outlook and partnership with EDP to construct electric-powered aircraft, is a large step towards transforming the aviation industry and overcoming COVID-19, there is still a long way to go. However, with Embraer being a major player in the process, the future will be closer than expected.

Editor - Benjamin has had a love for aviation since a young age, growing up in Tampa with a strong interest in airplane models and playing with them. When he moved to the Washington, D.C. area, Benjamin took part in aviation photography for a couple of years at Gravelly Point and Dulles Airport, before dedicating planespotting to only when he traveled to the other airports. He is an avid, world traveler, having been able to reach 32 countries, yearning to explore and understand more cultures soon. Here at Travel Radar, he is responsible for all content published serving in the role of Editor.

Boeing 737 Max Returns To The Skies