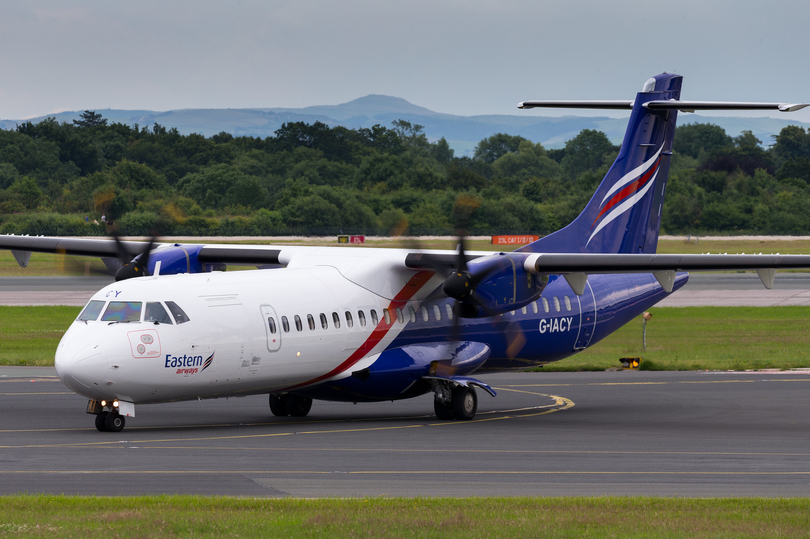 Following the announcement by Eastern Airways this year of new flight routes between Cornwall and the East Midlands, the regional airline has now offered passengers a new route between Southampton and Belfast, which will begin on the 9th of February 2023.

The new daily flights will cost £59.99 per person for a one-way ticket which will include a 15kg holding bag as part of the standard option. A 72-seat ATR72 Turboprop aircraft will operate the daily route in the new year.

The Southampton and Belfast flights will be welcomed by passengers living on the UK’s South coast as this will provide connections for people living in Hampshire and Dorset. It will also provide an alternative route for passengers living in London as train routes from London Waterloo to Southampton Central can take as little as an hour.

Roger Hale, Commercial Director of Eastern Airways, said of the new route: “This is a major step in growing connectivity to the North of Ireland from our Southampton base. The recent reduction in operator capacity and choice from Belfast Airports and a growing network and ambition of Belfast International Airport offers an opportunity to meet the burgeoning demand for connecting the two nations, especially with such strong onward connectivity.” He added that the new route will aid passengers who travel to Belfast for business, visiting friends and family or simply those who want a leisure break in the Northern Ireland capital.

Matt Hazelwood, Chief Commercial Officer of AGS Airports Ltd, which owns Southampton Airport welcomed the news by saying: “Belfast is both a fantastic city break destination and the ideal base to explore Northern Ireland, so I’m sure our passengers will be keen to take full advantage of Eastern Airways’ new route when it launches in February.”

Eastern Airways will provide flights between Southampton and Belfast seven days a week. The daily flights will depart Southampton at 12:45pm and arrive at the capital of Northern Ireland at 14:25pm. Saturday will have slightly different timings with flights departing Southampton at 07:30am.

Departures from Belfast International Airport to Southampton will be from 15:00pm and will land at 16:40pm. Similarly, Saturday will have a different departure time, with flights leaving the airport at 09:45am and arriving in Southampton at 11:25am.

The regional airline has gone from strength to strength since it first started operations in 1997. The first scheduled service for the airline was between Humberside Airport and Aberdeen International.

The airline now hosts a variety of domestic and international flights and, in the process, has gained numerous awards, such as the Gold Award from the European Regions Airline Association in 2014.

What do you think of the new flight routes between Southampton and Belfast? Will you be visiting Southampton or Belfast? Let us know in the comments below!

Is Biometric Technology the Way Forward in the Aviation Industry?