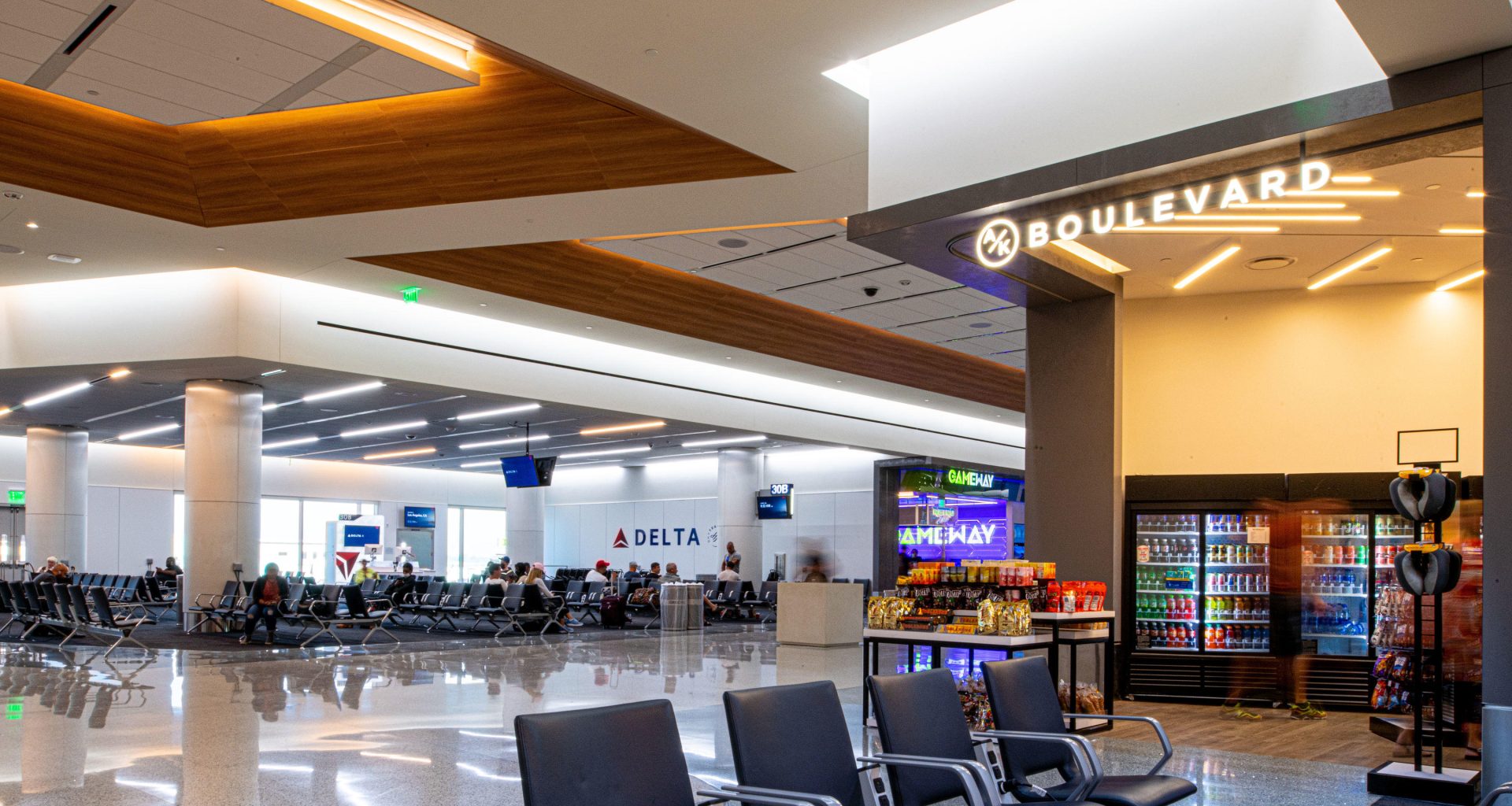 Delta Airlines has announced its new terminal 3 at Los Angeles International Airport (LAX) will be ready for use from October 5th 2022.

The $2.3 billion project is the second phase of the Delta Sky Way project at LAX airport and is just one of several infrastructures launched by the airline this year.

Its terminal C facility at New York’s LGA  has been open to customers since June, as well as the Tokyo, Japan (HND) and new Sky Clubs in Nashville (BNA) launched during summer.

Features of the new terminal

The facility, which features nine new gates and spacious seating areas, is only the second phase of the three-phase $2.3 billion joint project between Delta Airlines and Los Angeles World Airport (LAWA). The project’s first phase was launched in April 2022 and came 18 months ahead of schedule.

The site is simply breathtaking; from the escalators to the dazzling ceiling fixtures modelled after ocean waves, majestic lobbies, and self-service kiosk stations, fitting everything to perfection.

“Planning for this Delta Sky Club began back in 2018, and every detail – from the seating to the food and beverage offerings to the premium design – was selected to create a one-of-a-kind experience for guests. Whether guests visit the new Delta Sky Club to dine, work or simply enjoy the views, they’ll find much to love in this world-class lounge for a world-class airport.”

Delta Sky Way Project At LAX  To Be Completed In 2023

The Delta Sky Way at LAX project will be completed in 2023. The two terminals (T1 and T2) will be combined into a single whole with a quick airside connector to the Tom Bradley International Terminal.

This move will eliminate the need to bus between terminals. A 1.2 million-square-foot state-of-the-art 27-gate complex will be a site to behold.

The airline’s commitment to infrastructural development across the airports is commendable. In the last ten years, Delta airlines have invested $12 billion in building and remodelling airports across coasts in line with its vision of having future world-class airports that are easy to navigate and comfortable.

Have you travelled through Delta’s new terminal at LAX airport yet? What do you make of all the latest improvements? Let us know in the comments below!

World's Tallest Woman Travels by Air for the First Time

Read Article
Manchester Airport look towards the future of travel and how May may change the past year of cancelled…
Read Article
What a time to be an Eastern European aviation enthusiast! Especially if you hail from the fish-shaped country,…