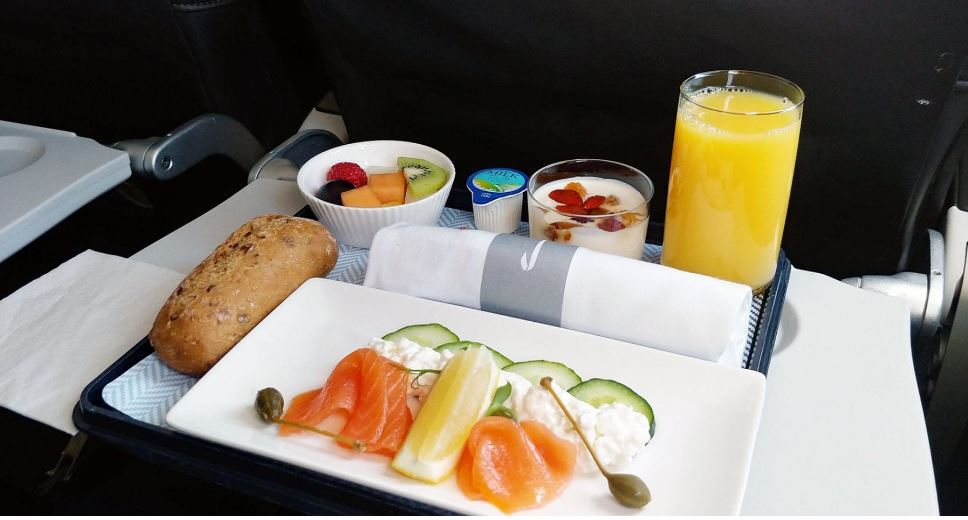 The British Airways customer service team has announced the return of the full meal service on long-haul business class flights.

The return of the full meal service will be welcomed by business class passengers as the full menu has not been in operation since summer 2020, due partly to the pandemic, as well as staff shortages on flights. As of Friday 28th October 2022, business class passengers on long haul flights can tuck into a variety of food options for starter, main course or dessert. There is also an option for afternoon tea on some routes as well as wines and spirits.

Prior to this, all meals on business class long haul flights served boxed meals. The boxed meals included salad, bread and an appetiser.

What’s so special about the British Airways meal service?

When we think of airline food, we don’t usually picture something that melts in our mouth or looks appealing when it’s sat on the tray. However, British Airways has been trying to change catering on its airline flights.

Since 2018, British Airlines has collaborated with Do & Co. The Austrian catering company has earned a reputation as a high-end caterer. The company has handled all the catering for Austrian airlines since 2007, as well as the Austrian federal railway service, OBB. Do & Co also provide VIP catering services to Formula One and hospitality catering for the UEFA European Football Championships.

Do & Co’s aim is to bring a completely new dining experience to British Airways’ passengers with an emphasis on quality ingredients and seasonality. With dining at 38,000 feet, you wouldn’t think there would be much choice in food on a plane but Do & Co have transformed the menu for business class. Whilst they still do have a traditional continental breakfast there is now a chance for a traditional English breakfast as well as more adventurous meals such as a Spanish- style frittata and Belgian waffles!

The commitment to food sustainability

In 2016, it was reported that airlines generated 5.2 million tonnes of food waste most of which went to landfill or incineration. British Airways saw up to eight industrial bins being filled every day with unopened food and drink.

Many airlines across the world, including Swiss International Airlines, have tried to combat food waste. Now, the British Airways customer service team has come up with its own plan to commit to food sustainability.

In its 2021 sustainability report, British Airways saved 6.5 tonnes of plastic with the airline’s new amenity kits. The report also said “we are focused on reducing waste and ensuring that, where it is unavoidable, it is disposed of responsibly, minimising the use of landfill and incineration and increasing re-use and recycling. We segregate recyclable materials on board including glass, plastic bottles, newspapers and cans on inbound flights and we send less than one percent of our non-catering waste from our Heathrow and Gatwick operations to landfill.”

Surplus food and blankets were also donated to charity, including to a local wildlife project.

What do you think of the return of the full meal service on business class flights? Let us know in the comments below!

Emirates to Celebrate Diwali This October

Read Article
Imagine sometime in the future you have ‘slipped the surly bonds of earth and danced the skies on…
Read Article
Thanks to the Covid pandemic, demand for flights plummeted, and as a result, many planes were flying empty…