Boeing has announced it will relaunch its bonus scheme, despite huge losses as a result of the Coronavirus Pandemic.

Boeing Co has said it will dole out annual performance bonuses next month to most employees despite losing $12bn over the last year during the coronavirus pandemic. Most of the United States-based plane maker’s employees did not receive annual bonuses last year after losing $636m in 2019 because of the grounding of its 737 MAX jet by the Federal Aviation Administration.

In response, the company in February changed its incentive plan’s structure, tying its financial goals to the timing of the first delivery of a 737 MAX after the flight ban was lifted. The company’s bonuses were previously paid out based on profits. Boeing CEO Dave Calhoun told employees on Thursday that the company’s board of directors “recognizes the important strides the team has made.”

The flight ban on the 737 MAX was lifted in mid-November, and the company delivered the first one on December 8, ensuring there would be a bonus under the new incentive plan. The bonuses are expected to be distributed next month and will vary depending on the department. Employees also receive personalized performance scores from their managers, which adjust the pay-out. 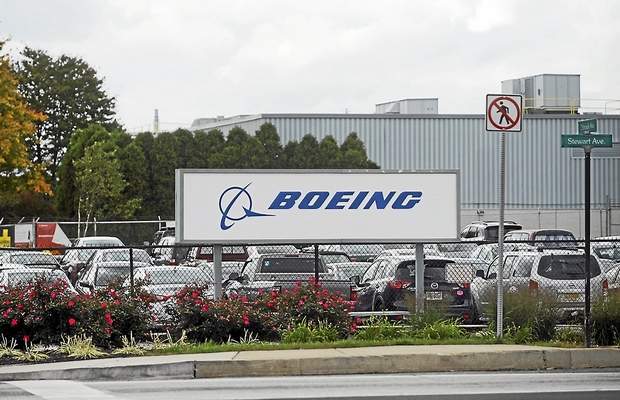 The Boeing Company is an American multinational corporation that designs, manufactures, and sells airplanes, rotorcraft, rockets, satellites, telecommunications equipment, and missiles worldwide. The company also provides leasing and product support services. Boeing is among the largest global aerospace manufacturers; it is the second-largest defence contractor in the world based on 2018 revenue and is the largest exporter in the United States by dollar value. Boeing stock is included in the Dow Jones Industrial Average. Boeing is incorporated and headquartered in Delaware.

What are your thoughts about the Boeing bonus scheme – let us know in the comments below!