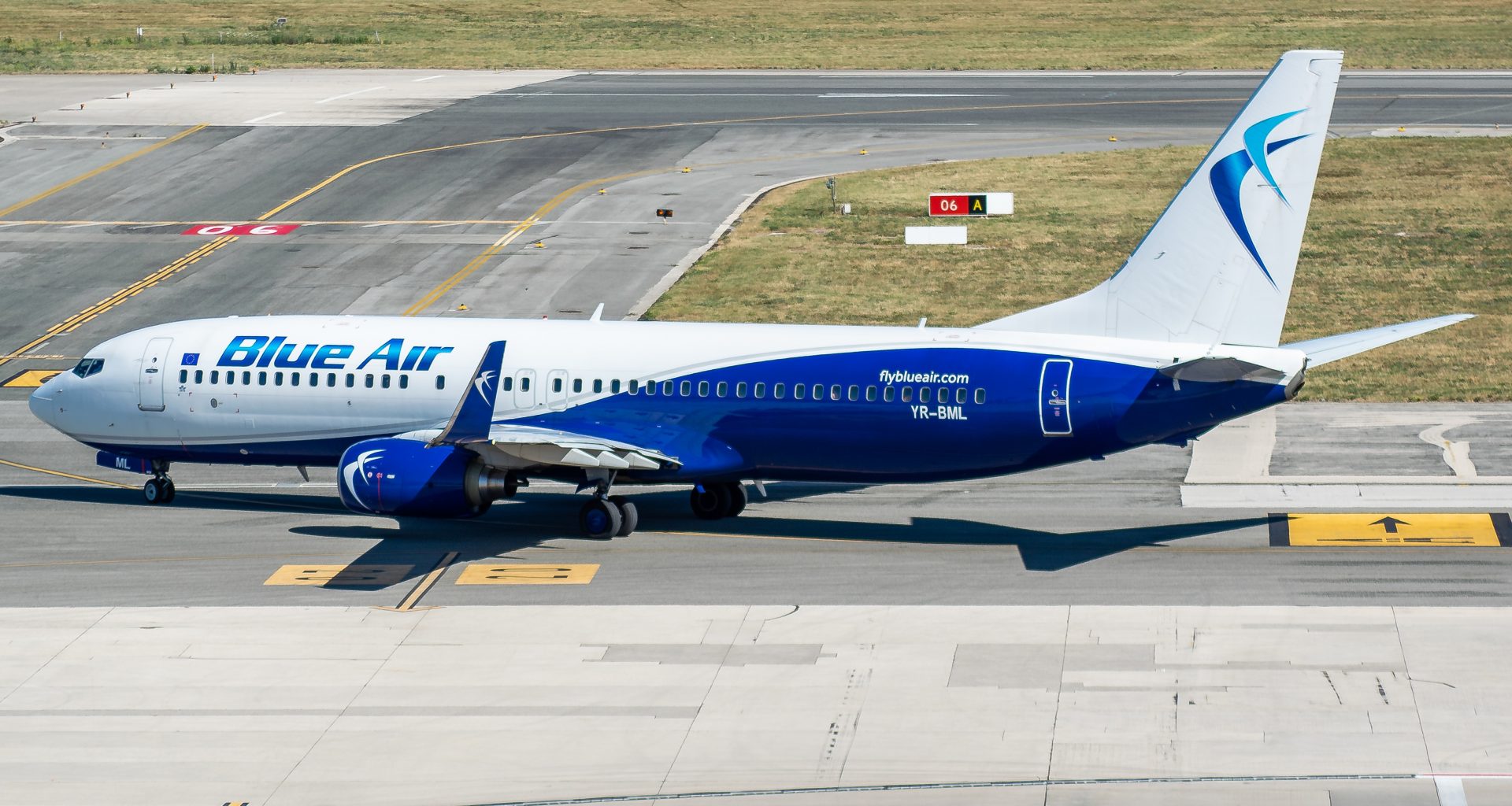 The private owned Romanian airline, Blue Air, announced earlier this week that the airline will be cancelling all flights until Monday, September 12.

The decision came after the Environment Ministry froze all of its bank accounts, according to a press release issued on Tuesday, September 6.

Blue Air claims that a statement issued by the head of the Romanian Consumer Protection Agency (ANPC) urging travellers to stop buying Blue Air tickets, has led to 5 million euros worth of lost ticket sales. It has also led to pressure from its suppliers to pay bills in advance, as the airline fails to pay previous fines to the Romanian government for massive flight cancellations.

The airline, which entered a debt restructuring agreement in 2020 due to losses incurred during the COVID-19 pandemic, made the announcement on Tuesday.

In July, the National Authority for Consumers Protection (ANPC) fined the company 2 million euros ($1.98m) for cancelling more than 11,000 flights from April 2021-April 2022, which the company plans to challenge.

Ryanair and Wizz Air are offering “rescue” fares to Blue Air passengers with cancelled flights, selling seats at a flat €50 (£43) on proof of a booking with the grounded carrier.

Dara Brady, Director of Marketing & Digital at Ryanair is optimistic that those who were supposed to fly with Blue Air will be able to find a suitable replacement at Ryanair.

“While Blue Air are suspending flights across Europe, Ryanair continues to operate a full schedule with over 3,000 daily flights.”

The Romanian airline took advantage of the temporary availability of slots at Heathrow during the coronavirus pandemic to start flights to and from UK’s busiest airport. It is not believed that the airline has long-term rights to the slots, as Adria Airways, a fellow small airline carrier, has stated from its experience at the London hub.

Have you been impacted by Blue Air’s flight cancellations? Leave a comment below.

12 Helpful Airport Tips You Should Know

Read Article
With Thai Airways facing bankruptcy in 2020, the airline has had an even tougher year than expected, but…
Read Article
As Asia opens up its borders to welcome more international travellers, a sense of normalcy has returned to…