ANA (All Nippon Airways), Japan’s largest 5-star airline, has announced this week that it will partner with Toyota Industries Corporation to test advanced autonomous vehicles with the goal of making airport logistics around the world smarter.

As far as innovation goes, ANA is one step closer to establishing its goal of integrating advanced technology to improve the passenger experience and make airport logistics smarter. Its partnership with Toyota highlights how far the airline has come from when it was founded in 1952 with just two helicopters. ANA has grown significantly over the years to become the largest airline in Japan and one of the most significant airlines in Asia.

From March 29 to April 2, 2021, ANA and Toyota will begin testing the latest autonomous towing tractor at Tokyo Haneda Airport. The Tokyo-based airline has previously conducted tests of autonomous vehicles at Kyushu Saga Airport and Nagoya Chubu Airport. The upcoming trials in Tokyo will measure the performance of the latest model-considered to be a breakthrough in technology, to confirm it’s able to operate safely and efficiently in a major airport setting. 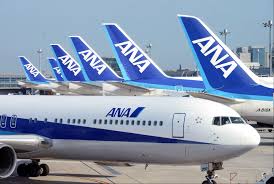 “We are collaborating with ANA at Haneda Airport to accelerate the development of innovative technology.We are making important breakthroughs that bring us one step closer to our goal of establishing autonomous driving technology that is able to make airport logistics smarter around the world.”

If the vehicles perform well in the tests, the airline will start using the technology in October. ANA has predicted that autonomous technology will be widespread by 2025 and a crucial component in the “Simple & Smart” airport of the future.

“Our work with Toyota Industries has led to several successful autonomous towing tractor tests that we have continually learned from. “We are excited about the opportunity to take this technology one step further by running trials at Haneda Airport. As we work with Toyota Industries to create the Simple & Smart airport of the future, ANA remains committed to integrating advanced technology in order to improve the travel experience.” 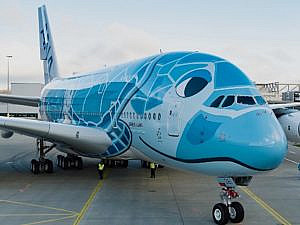 A Focus on Innovation and the Passenger Experience

ANA’s collaboration with Toyota to advance automation in the aviation industry isn’t the only innovation the airline has undertaken. As a result of the pandemic, ANA has significantly accelerated innovation with its focus on the passenger experience.

To keep its aircraft in the sky during the global downturn, ANA has operated special A380s on several “flights to nowhere,” giving passengers the opportunity to fly without leaving the country. These flights have proved to be incredibly popular as the demand for travel without restrictions increases.

Maintaining its focus on the inflight experience, ANA has managed to generate US$1.8 million by selling over 264,000 airline meals, mostly economy meals. This initiative has been extremely popular in Asia with airlines such as AirAsia, Singapore Airlines, and Malaysia Airlines now offering more than travel product to their customers. ANA, like its fellow Asian airlines, also has an online shopping portal that sells a broad range of lifestyle essentials such as food, wine, fashion, health, and beauty products.

As global airlines design the future, there is much to be optimistic about. Post-pandemic, passengers will benefit from smarter airports, a wide range of advanced automated technology, improved safety protocols, inspired airline partnerships, and most importantly, an improved passenger experience.

What are your thoughts on ANA’s Toyota partnership and latest innovations? Let us know in the comments below.