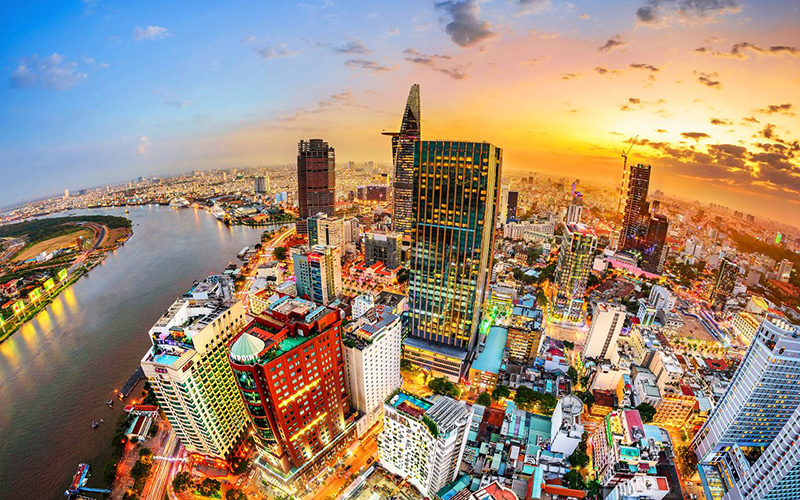 Vietnam’s two busiest airports had simultaneously finished their renovation and runway upgrade to facilitate the high number of flights for the coming Reunification Day long weekend. According to an earlier report from the Civil Aviation Authority of Vietnam (CAAV), the number of flights in Vietnam in quarter 1 had already recovered close to the pre-pandemic level.

The number of flights is expected to spike in the coming long weekend which extends to Tuesday as a public holiday. The country’s two busiest airports in Hanoi and Ho Chi Minh City had announced the completion of their airport renovation and runway upgrade, to facilitate the high traffic flow during the long weekend.

The 30th of April is the Reunification Day which marks the fall of Saigon back in 1975 and also the end of the Vietnam War. Reunification day, also known as liberation day, is celebrated as a public holiday nationwide. The commemoration holiday combined with the International workers’ holiday extends the weekend to the following Tuesday.

As the longest holiday since Lunar New Year in 2022, airlines are expecting a large number of domestic flights, especially to holiday destinations.

Hanoi’s Noi Bai International Airport (HAN) puts its second runway 11R/29L back into operation after months of renovation and announced its completion last Friday. Some taxiways are also put back into operation to facilitate air traffic to anticipate the travel needs during the coming Reunification Day weekend.

For the time being, the Southern runway is used for arrival while the Northern runway is responsible for departing traffic. The dual runway operation significantly reduced the traffic congestion due to wake turbulence limitations.

Tan Son Nhat International Airport (SGN) serves Vietnam’s Southern hub Ho Chi Minh City. Extensive delays had been experienced in March due to the renovation of Taxiway V as the temporary withdrawal required all parked aircraft to push back instead of an immediate taxi after engine start. The renovation also limited the arrival and departure traffic to share one intersection, worsening the efficiency of ground traffic flow. An average of 30mins delays was experienced for all flights operating in and out of TSN airport.

To smoothen the high number of flights expected during the Reunification holiday, the Civil Aviation Authority of Vietnam (CAAV) had decided to put taxiway V and Runway 25L/07R back into operation, streamlining the ground and air traffic movement of TSN airport.

Despite the spiking demand for domestic travel, some Vietnamese airlines are not able to fully meet the country’s travel demand. Delay in scheduled maintenance during the pandemic, as well as a shortage of spare aircraft parts worldwide is limiting local airlines to operate to their full extent.

If you are travelling to and from Vietnam during the holiday period, it is advised to arrive at the airport earlier than usual. Extensive traffic jams are expected in busy cities like Ho Chi Minh City and Hanoi. For more air travel news within Asia, click here. Vietnam had also lifted the mandates of health declaration, check out more travel requirements from the official CAAV release: here.

CAA should be given "more teeth", UK MPs recommend

Read More
An unnamed individual was responsible for sending Dublin Airport over 12,200 noise complaints in a single year –…
Read More
On 17 November, United Airlines flew the first trans-Atlantic COVID-19 free flight.  Every passenger on the flight had…