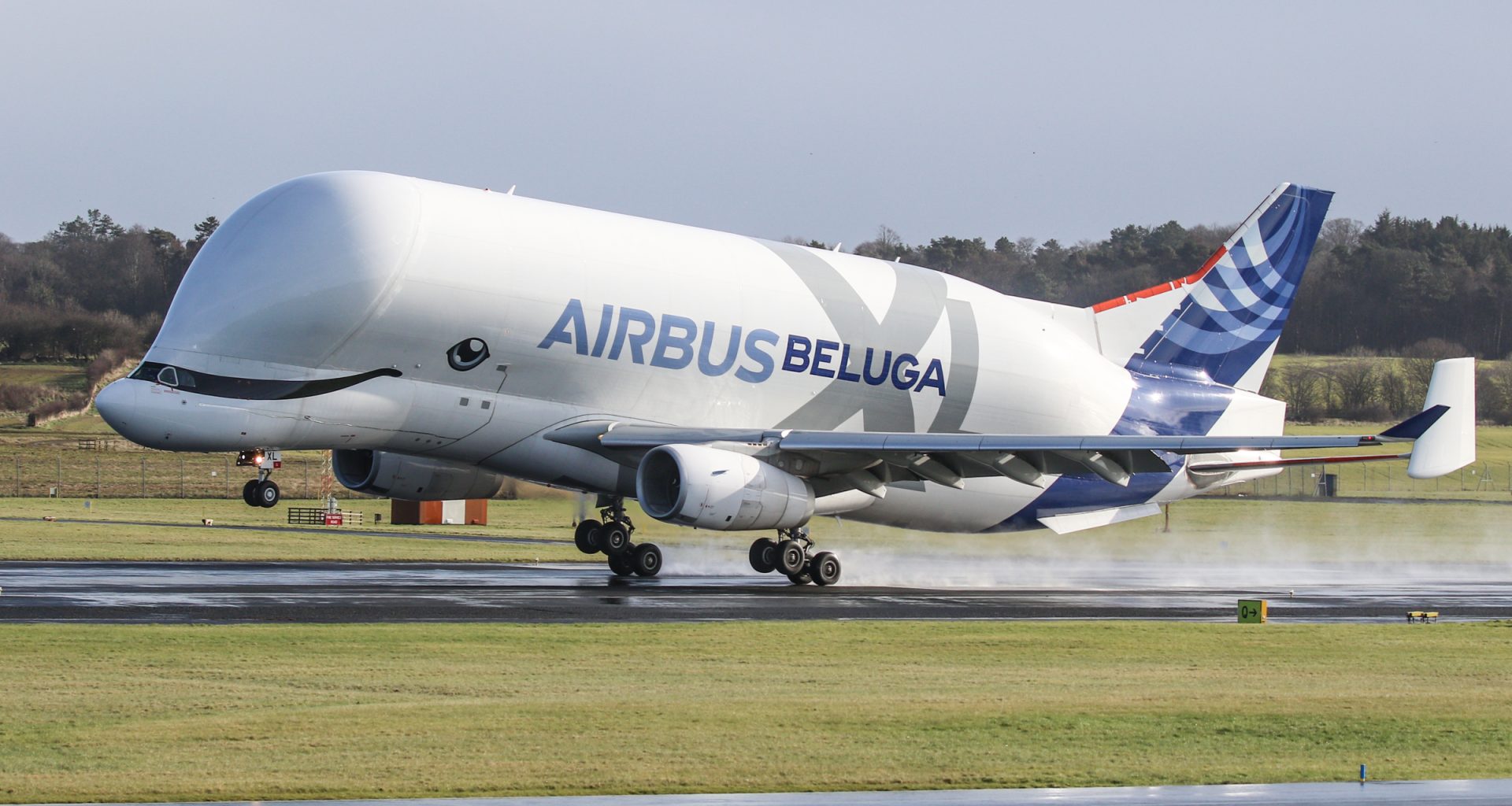 On Friday 19th November, an Airbus Beluga XL ended up stuck in the mud at Albert Picardie Airport (BYF), France, whilst performing a U-turn at the end of the runway. The rescue operation to retrieve the aircraft lasted for several days.

Airbus Beluga taxis off the runway after landing at Albert Picardie Airport in France, becoming disabled with the landing gear off the paved surface. The runway is closed until further notice.

An unexpected turn of events

Departing from Saint-Nazaire Montoir Airport (SNR), France, an Airbus cargo plane landed at BYF in order to transport parts and components to the company’s Méaulte plant. Following an attempted U-turn at the end of the runway, the aircraft’s nose gear and right main landing gear became lodged in mud. No injuries were reported at the time of the incident or in the days following.

The airport promptly closed the runway (runway 27) in order to orchestrate the aircraft’s recovery. As runway 27 is the sole runway, the incident forced the airport to close.

The plane was eventually moved back onto the runway at 9.15 p.m. on Sunday 20th November. Unfortunately, the recovery period was prolonged by poor weather conditions and the challenges presented by the aircraft’s considerable size at 207 ft in length and 62 ft in height.

A brief introduction to the aircraft

The Airbus Beluga XL was launched in 2014 and made its maiden flight in 2018. From 2021 onwards, the Beluga ST (Super Transporter) fleet will be progressively phased out of service, and by the close of 2023, six of the Beluga XL aircraft will enter operation. The aircraft’s design resembles that of a beluga, and the plane is easily recognisable from its jolly, smiling face.

A turbulent few weeks for Airbus

The news follows a troubling incident at the beginning of November in which a Beluga XL5 en route to Hamburg, Germany, was struck by lightning shortly after departing Hawarden Airport (CEG), Wales. A full inspection of the aircraft was completed before it continued on its journey to Hamburg.

BROUGHTON | At 13:00 Beluga XL5 departing Hawarden was struck by lightning. This is a routine event in aviation and the aircraft continued on its journey to Hamburg as planned. In accordance with standard operating procedure, the aircraft will be inspected before its next flight. pic.twitter.com/rO8LHAXye2

What are your thoughts on the quirky design of the Airbus Beluga XL? Let us know in the comments!

Read Article
Today, British Airways announced that they will enhance their passenger’s experience with new enhancements to the full flight…
Read Article
At the end of last week, Iberia Group announced the launch of CO2labora – the new carbon-offsetting programme…