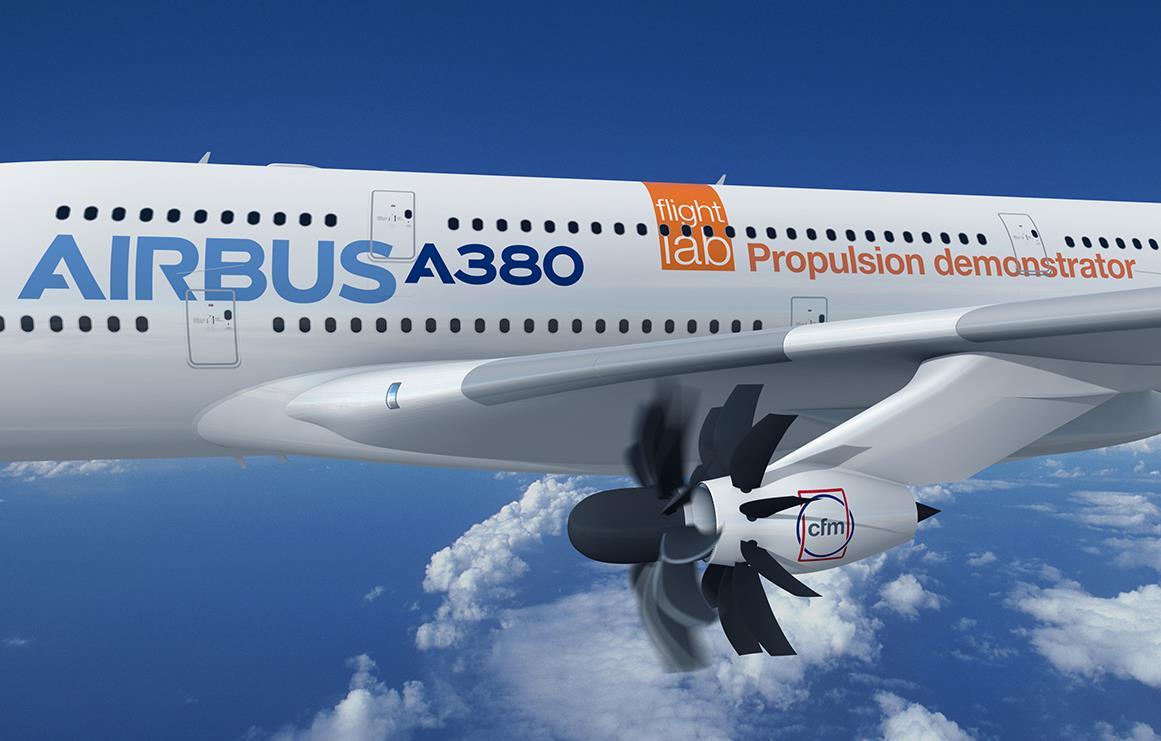 This week at the Farnborough Air Show, Airbus and CFM announced they will collaborate on new “open fan” technology, which would produce 20% less CO2 than today’s most efficient engines. The companies will use the Airbus A380 as a test bench, with flight tests starting in the latter half of the decade.

Airbus says the new engine will be the focus of a major flight demonstration campaign to be performed in collaboration with CFM. The campaign will use shared flight assets, with Airbus providing a modified A380 and CFM providing the new engines. CFM is a joint venture between engine manufacturers Safran and General Electric (GE).

“New propulsion technologies will play an important role in achieving aviation’s net-zero objectives, along with new aircraft designs and sustainable energy sources,” said Sabine Klauke, Airbus’ Chief Technical Officer. “By evaluating, maturing, and validating open fan engine architecture using a dedicated flight test demonstrator, we are collaboratively making yet another significant contribution to the advancement of technology bricks that will enable us to reach our industry-wide decarbonisation targets.”

Before the engine can be flight tested, it must first undergo rigorous ground tests. Pascal Arrouy, Airbus’ Open Fan Architect says: “We will first need to determine the flight physics constraints, design and assessments for the flight-test demonstration engine installation. These will include: definition of the pylon ‘aero-lines’ (ie. the aerodynamics and physical geometries), assessment of loads, handling qualities and performance and preparation of modeling to support flight-test analysis.”

The aircraft and the engine must be developed in “close collaboration”, in order to meet targets for fuel efficiency and acoustics, Airbus says. “Once all these activities are complete, we will be able to move to the next phase which is the physical manufacture and assembly of the modifications to the aircraft” Arrouy explained.

Airbus hopes to demonstrate the technology in the latter half of the decade, as part of its “Revolutionary Innovation for Sustainable Engines” (RISE) technology development programme – which aims to demonstrate range of new engine technologies that could enter service by the mid-2030s.

What are your thoughts on the open-fan engine? Let us know in the comments below!

Read Article
Boeing has announced rebooting its Boeing 737 MAX production line at its Renton Factory in Washington. This announcement…
With many countries eager to restore their touristic industries back to pre-Coronavirus levels, Turkey becomes the latest to…