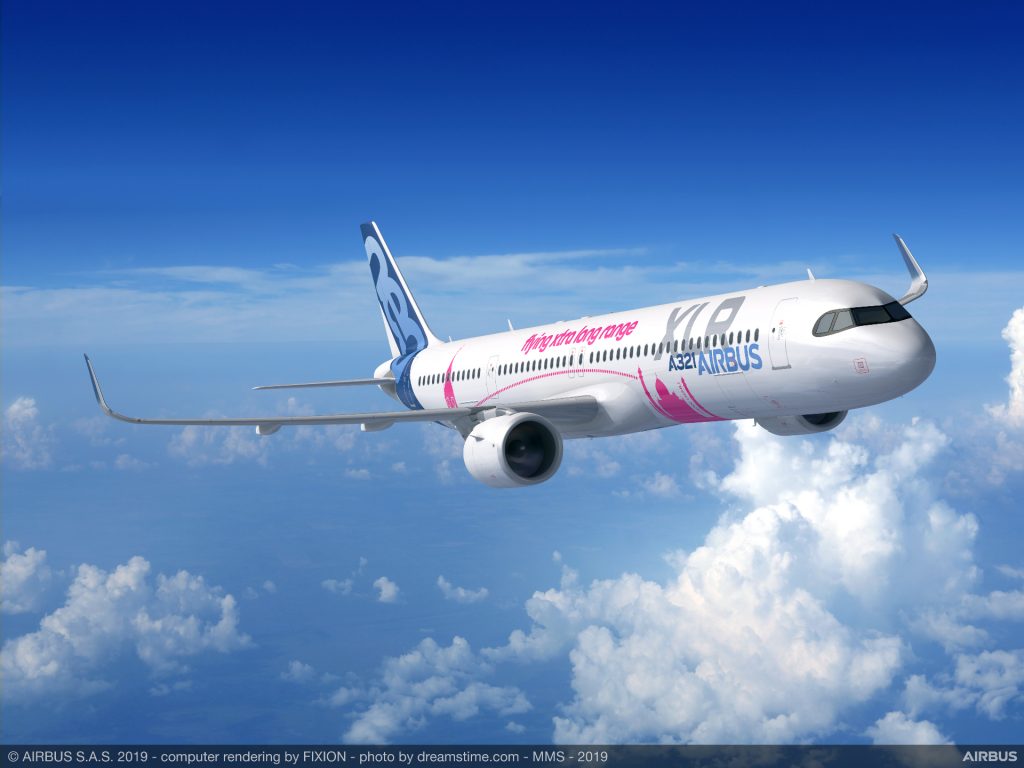 Airbus’ latest narrow-body has taken off on its first flight, departing Hamburg International Airport at 9:04 UTC this morning. Data from Flightradar24 shows the plane travelling Southeast before heading northwards to make some loops over the North Sea. From there, it swung south again towards Bielefeld and Hanover before tracing a knotty path around Hamburg.

Follow the first flight of the @Airbus #A321XLR from Hamburg. This version of the A321 will be capable of 4,700 nautical mile flights when it enters service. https://t.co/V8qdSSDtt9 pic.twitter.com/ppa99DVXPl

Airbus CEO Guillaume Fuary took to Twitter to congratulate the team, posting: “Fantastic day as our #A321XLR takes to the air for the first time – congratulations #TeamAirbus!”. Adding, “Thanks to our customers and partners who are onboard with us making this game changing aircraft a reality. Many happy landings!”

What is the Airbus A321XLR?

The A321XLR is the latest edition to the A320 family of aircraft. After testing is completed, it is expected to have the longest range of any narrow-body plane on the market. The aircraft will be capable of flying up to 8,700 kilometres in a single trip, making it suitable for transatlantic flights. The ‘XLR’ in the title stands for ‘eXtra Long Range”.

Like the A321neo before it, the A321XLR will have a cabin capacity of up to 220 passengers when arranged in a high-density layout or 170-200 passengers in a standard two-class configuration. It is said to be a replacement for the Boeing 757, which carried 289 passengers, but only had a range of 7,200 km. It is yet to be seen whether Boeing will offer a new competitor to the A321XLR.

The new aircraft has proved very popular since its launch in 2019. In the first year alone, Airbus received over 450 orders for the new jet. It is expected to have a significant effect on the aviation industry.

Are you excited to see the Airbus A321XLR in action? Let us know in the comments below!

Read More
Finnish airline Finnair faces troubles in managing their routes due to complications regarding the international ban on entering…
Read More
Earlier today it was announced that Boeing CEO, Dennis Muilenburg, was being ‘ousted’ from the company following a…